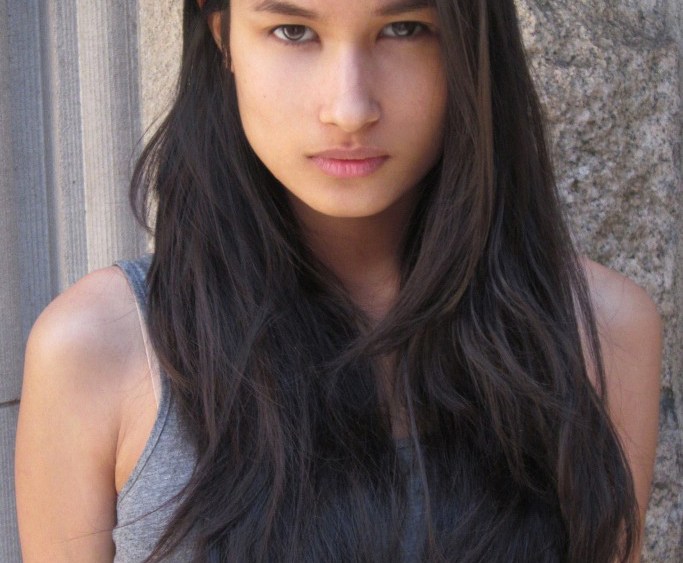 With cascading brown hair and enviable skin, Varsha Thapa has the unique distinction of being the first model from Nepal signed to a major international agency. Following her runway debut in spring 2012, this season the Wilhelmina-repped stunner has strutted the catwalks for the likes of Jeremy Laing, Bibhu Mohapatra and Vivienne Westwood, among others. So, does she still feel any added pressure? “I won’t lie, I do,” says the 21 year-old. “I feel the pressure of, ‘OK, I have to do well because my country really expects a lot from me.’ I feel like I have to be on this spectrum, and when I can’t, I get disappointed.” Still in castings for the Paris shows, Thapa called WWD to talk details about the final days of collections.

WWD: It’s getting late in Paris — are you heading to bed soon?
Varsha Thapa: I just got to another job now, for Moda Operandi. We’re shooting Christopher Kane, I think. This is my first time working with them. I came from a fitting at Vivienne Westwood. I tried on like eight outfits. The shoes were crazy. Vivienne always has amazing shoes. The ones I tried were in a heart shape, with block heels. They were kind of hard to walk in, and I had to walk maybe twelve times.

WWD: Before we talk about Paris, how was New York Fashion Week?
V.T.: Great. I did Kimberly Ovitz, which was really fun. I like her clothes a lot. It was really artistic. Generally, she does like black stuff, but this time she included color. She had these leather pants that were really cool. They were like painted gold or something. They were amazing.

WWD: Did any other shows stand out?
V.T.: I did Bibhu Mohapatra, and I really like his clothes a lot. That show had crazy hair. First there were braids, then they had to back-comb everything. There were a lot of things going on. It was painful, but it was only for a little bit, so I was fine. There was a bun and on top of that, there was a lot of crimping. There were a lot of clips in my hair. It took awhile to take them out. I slept on the pins and the next day, I was like, “What is this in my hair?”

WWD: What are your thoughts on Paris so far?
V.T.: The amazing thing about Paris is there are so many patisseries here. You don’t really have to think about what to get — there are so many amazing choices. In New York, you don’t have that. Either you go to Starbucks or some other chain. There is this place near my hotel, and I know it’s not the healthiest, but it’s so good. Every morning, I’m so tempted to go there and get a croissant. They have different types of croissants, a healthy kind and a regular. I get the healthy kind, but sometimes I sneak and get the regular.

WWD: Have you gotten to do any tourist-y activities?
V.T.: No, and this is my first time ever going to Paris. Thankfully, I’m here until March 20th. I’m going to go to the Eiffel Tower and the Champs-Elysées. I want to explore Paris, which I haven’t been able to. Since the moment I got here, I started working.

WWD: Do you ever get disappointed when you don’t book a job?
V.T.: Yes. Just a few days ago, after a casting, I got sent directly to a fitting because the designers liked me a lot. I was there waiting for four hours, so I had to miss two really good castings. Then, after the fitting, I was canceled from the show. That was a really big disappointment, but it’s all right. It happens every season to every girl.