Stephen Burrows and Oscar de la Renta hosted a luncheon to toast the models who helped them to victory in the famed showdown at Versailles in 1973. 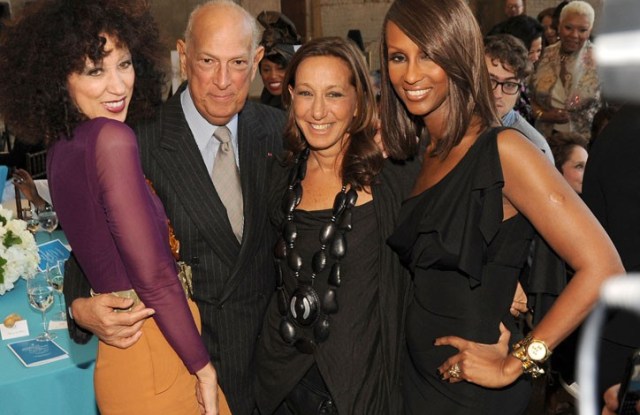 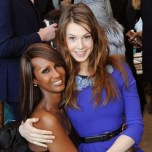 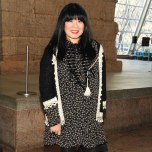 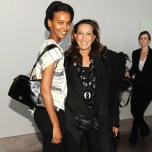 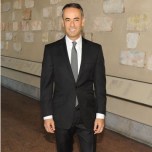 It’s been nearly four decades since five American designers trumped their French counterparts in the famed showdown at the Palace of Versailles, but the victory rang fresh at the Metropolitan Museum of Art on Monday. The competition’s two surviving Yanks — Stephen Burrows and Oscar de la Renta — hosted a luncheon to toast the models who helped them to victory that night, which has only grown in legend and mystique since 1973.

“When we talk about Versailles, it’s a bit like ‘Rashomon,’ ” de la Renta told the crowd. “Everyone has a different version of what happened.”

What’s become clear in the years since, and the reason for the lunchtime revelry, was the role the Americans’ multiethnic models played in the triumph.

“It wasn’t the designers; it was the girls in this room,” said Donna Karan of the eight original models in attendance, a lineup that included Billie Blair, Alva Chinn, Pat Cleveland, Norma Jean Darden, Charlene Dash, Bethann Hardison, China Machado and Amina Warsuma.

Karan, who worked the original event as a backstage dresser for Anne Klein, recalled the challenges, sartorial and otherwise.

“I was about nine months pregnant, and thought, I am going to give birth right here, in Versailles,” Karan said. “I dressed Norma Jean Darden. She had to go off the stage with one hand and back on the stage with the other, so the key to that was layering the girls with clothes.”

Cleveland had different worries that night.

“I was backstage with [Rudolf] Nureyev, and kept stepping on his toe,” the always-effervescent model recalled. “It hurt him, but he just stepped out and danced. I thought, Wow, he is good.”

The celebratory mood had at least one new American designer ready to throw a fresh gauntlet down.