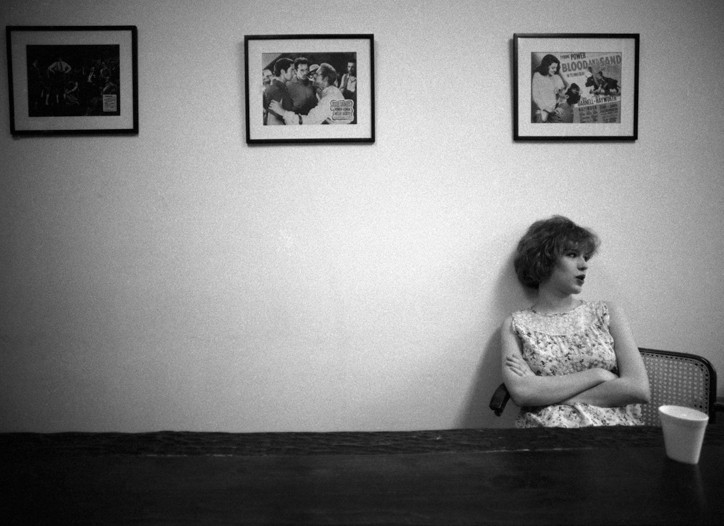 In 1986, Molly Ringwald was on top of the world. Aside from starring roles in John Hughes’ “Sixteen Candles” and “The Breakfast Club” and a Golden Globes nod for her role in “The Tempest,” the 18-year-old had a cool boyfriend (Dweezil Zappa, son of rock star Frank) and a fashion sense that was the envy of — and inspiration for — every girl in America. Yet for all the accolades, Ringwald revealed herself to be a charming, grounded, near-stereotypical teen in an interview with WWD.

First of all, she found her status as Hollywood’s princess of pubescence “annoying,” explaining, “I suppose it’s a real honor and all that, you know. But being a teen queen is not how I see myself. Like, some people see me as this normal kid who just sort of got into all this, you know? Like, I have really strong feelings about war. It’s something that really upsets me and I try not to think about it very much but then I read this article about me and it says, ‘Oh, Molly thinks war is really immature.’ I mean — come on.”

Regarding her new film, “Pretty in Pink” (her third with Hughes), Ringwald said, “I think the message is whatever anyone wants it to be. If you want to find a message about the caste system that exists in high school, or independence, or individualism, that’s all there. But I don’t think the film was made to give anybody a particular message. Paramount [the studio that released “Pretty in Pink”] would probably disagree with me because they’re really pushing the individualism thing.” She continued, “I hear they’re sending out kits to various high schools with surveys about what individualism means. I mean, that’s like saying, ‘Everybody go see this movie.’ Nobody wants to go see a movie if they feel like it’s homework. That would really turn me off.”

Yet when the conversation turned to fashion, Ringwald, who listed Edie Sedgwick, Marilyn Monroe, Diane Keaton, Dianne Wiest and Brigitte Bardot as her sartorial influences, pushed the “individualism thing” herself. “Style is very individual,” she said. “You can’t just look in a magazine and say, ‘Oh, wow, that looks great on that person, therefore it will look great on me.’ I think no matter what, you have to feel comfortable. That’s how I always judge something. Even if it’s, like, this great skintight dress, you know, if I don’t feel comfortable in it, it’s not stylish.”