Moment 33: Married to the Mob

Organized crime has played a significant role in the business of Seventh Avenue. In 1977, WWD ran a series titled "The Mafia: SA's Silent Partner." 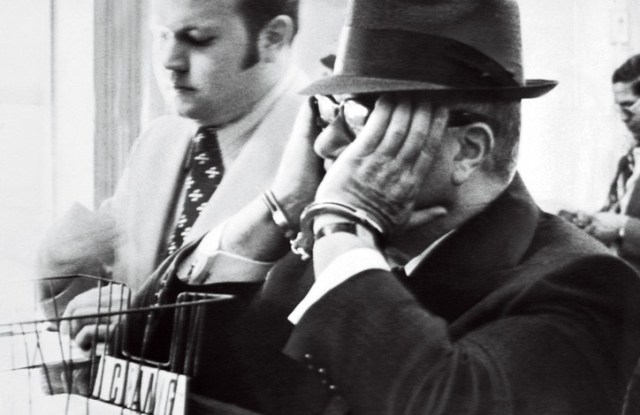 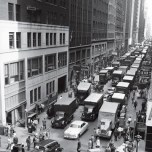 Organized crime played a significant role in the business of Seventh Avenue over the years, and in 1977, WWD ran a series titled “The Mafia: SA’s Silent Partner” that included a five-month investigation on the subject. The articles “uncovered massive Mafia participation at every level of the apparel industry, from hauling garbage out of Manhattan’s 40-square-block garment center to running large dress manufacturing companies,” said the opening story on page one, August 22, 1977. The article described how organized crime often used the garment industry as a “washing machine” for money laundering.

“The Garment Center is controlled by people who are members of organized crime,” Michael Eberhardt, a special attorney with the Justice Department, told WWD at the time. “But their ability to control is by manipulation of people who aren’t members.”

This was done, he said, because the Mafia controlled gambling and prostitution, arranged bankruptcy frauds, influenced unions and truckers, and threatened violence for those who didn’t go along with the program. Such was apparently the case of Jack Counne, known as a Seventh Avenue hustler involved in trucking, loan-sharking, drug trafficking and gambling, who was found murdered in his Manhattan apartment on March 8, 1975. Jay Goldberg, an attorney who had previously represented Counne, told WWD in 1977, “He was a slick, dapper guy. Twirled a toothpick, liked flashy women and high living. He knew a lot of people. What more can I say?” Trucking was tantamount to Mafia influence during the heyday of local manufacturing, and garment firms would be said to be “married” to their truckers. The connection to apparel unions, notably the ILGWU, was more tacit. The ILGWU’s Local 102 had members indicted over the years for racketeering and fraud, but no major leaders of the ILGWU were ever fingered. ILGWU president Sol Chaikin said in 1977 that his union “probably has the finest record of any…in the country,” but “I look at the real world and think…are you going to swear that not one of those 700 officers is going to take a nickel?”

Probably the most pervasive aspect of Mafia involvement in the industry was in loan-sharking. WWD estimated in its front-page story on August 23, 1977, that loan-sharking was a $10.5 billion business nationwide and was a “nice piece of change” in the garment industry, run by figures like Anthony Salerno. Then there was Sherwood Fashions, which was part of the Seventh Avenue empire of Mafia don Thomas Lucchese. WWD examined Lucchese’s connections to such industry entrepreneurs as Alfred Rosengarten, who controlled an array of dress firms, and Abraham Chait, a racketeer, trucking company owner and apparel manufacturer who once took the Fifth Amendment when asked where he was born.

Brothers Thomas and Joseph Gambino were put on trial in 1992 by Manhattan District Attorney Robert Morgenthau for illegally controlling garment industry trucking. Leading the prosecution was Assistant District Attorney Eliot Spitzer, the future state attorney general and governor who wound up being caught in his own prostitution scandal. In a page-one story on February 5, 1992, Spitzer told the court that the Gambinos formed an illegal cartel in which clothing manufacturers had to “pay the Gambinos money even when they did not do any business.” He said so-called salesmen for the Gambinos were actually mob enforcers, or as he called them, “salesman who did not speak,” who ensured contractors didn’t “cheat” or “use the wrong trucking company.”

Spitzer said the Gambinos’ business was built on their underworld reputation, the economic threat of barring manufacturers from shops if they didn’t “play by the rules,” fraudulent billing and an occasional show of force “where the velvet glove comes off.” In the end, the Gambinos pleaded guilty to restraint of trade and competition and agreed to exit the trucking business in New York and pay a $12 million fine.

Former New York City Police Commissioner Robert J. McGuire told WWD on August 11, 1992: “My sense is that organized crime is having major difficulties. There have been numerous and successful prosecutions. There has been a breaking of the ranks.” But McGuire helped uncover further Mafia involvement. On December 8, 1998, WWD reported that seven defendants charged with extorting apparel companies to the tune of $2.5 million, including Joseph Defede—the alleged acting boss of the Lucchese crime family—had pled guilty.

“We thought trucking was the last area in which organized crime had a foothold in the garment industry,” said McGuire. “What we uncovered and what these indictments mean is that there has to be a vigorous investigation of organized crime’s tie to the industry into the indefinite future.”

Just this year, the late John Gotti’s so-called adopted son, Lewis Kasman, who ran a fashion industry front for the Gambino crime family, was sentenced to time served and three years supervision—after cooperating extensively with authorities—for crimes including obstruction of justice and money laundering. As reported in WWD on September 17, Kasman told the judge, “I am aware of the crimes I committed. They were serious crimes. I am not that person anymore. I did enjoy running with the bad boys.”