Moment 38: All About Yves

Season after season, Saint Laurent treated the fashion world to his imagination, most notably his collection in April 1977, which WWD rewarded with five stars. 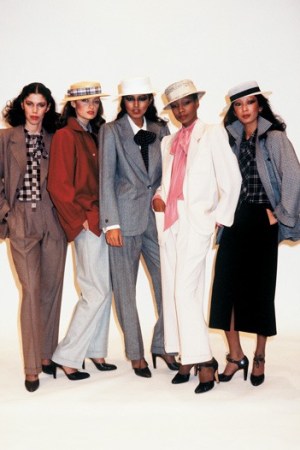 “He was born with a nervous breakdown.” So said Pierre Berge of Yves Saint Laurent, his longtime personal and professional partner. The tale of Saint Laurent—his strokes of design genius, his excesses and episodes of mental instability and recluse behavior—made for WWD front-page news ever since the designer, then 21, was given the task to add a creative spark to Maison Dior after the sudden death of Christian Dior in 1957. Frail and nervous, Saint Laurent greeted the press like a deer caught in fashion headlights, but his shyness didn’t stop his star from rising meteorically. Far from it. Season after season, Saint Laurent treated the fashion world to his imagination, most notably his Ballets Russes–inspired collection in April 1977, which WWD rewarded with five stars. After the show of 200 looks, WWD reported the designer collapsed in the arms of a friend and said, “Now I’m ready for hospital.” There were plenty of fashion revolutions chez Saint Laurent, from his Mondrian shift dresses to Le Smoking and his love affair with Marrakech, which, with its vibrant hues, often inspired his sense of color.

It wasn’t just his collections that made him one of the most influential designers of the 20th century. His New York party to celebrate the launch of his fragrance Opium is still considered a standard for events, with 900 guests, including WWD-dubbed “Opi-ettes” Marina Schiano and Loulou de la Falaise, and friends like Diana Vreeland, Halston, Oscar de la Renta and Bill Blass boarding the Peking tall ship in the East River. The production was unprecedented, and Saint Laurent felt the pressure. “I am much better now that it’s all over,” Saint Laurent told WWD later in the evening at Studio 54.