Beginning with monogrammed Vuitton and Gucci bags in the Seventies, the status-driven logo craze among shoppers was ignited by exterior brand labels. 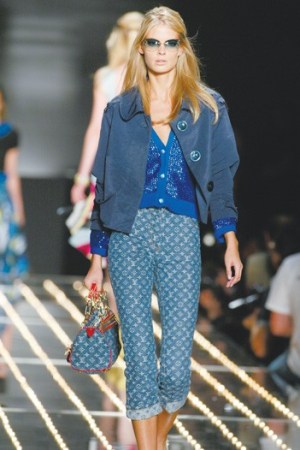 In a stroke of marketing, if not design, genius, someone decided to turn his labels inside out on logo-emblazoned merchandise, thus igniting a status-driven craze among the masses. It began in the Seventies with the ubiquity of Vuitton and Gucci monogrammed bags, and came back in the Nineties when the streetwear set couldn’t get enough of Calvin Klein and Tommy Hilfiger, and again in the early Aughts. While status spelled out was catnip to the aspirational crowd, it wasn’t without its backlash in the early days. A decidedly logo-averse Nan Kempner declared to WWD in 1973: “I wouldn’t be caught dead carrying a Vuitton or a Gucci bag. In fact, I had all my Vuitton painted solid brown in Paris. They nearly died.”