For 22 years, Kelly Gray served as the face of her parent’s luxury brand, St. John, a tradition of glamorous ad campaigns that earned her a fierce following. 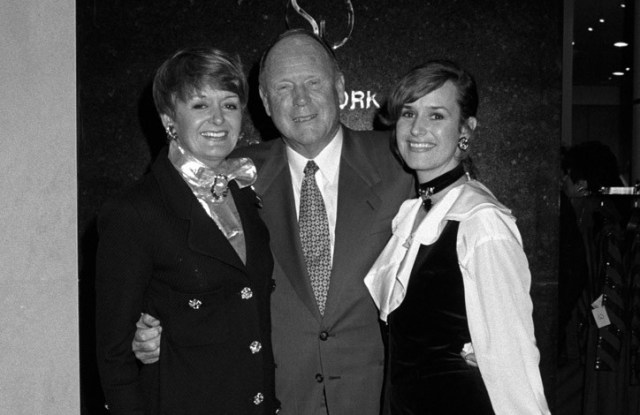 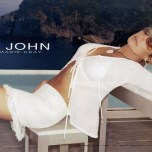 Whether ONE agrees with then-Vogue Homme editor in chief Richard Buckley, who called Kelly Gray a “gay icon,” she, in her executive-modeling heyday, was a marvel of marketing. For 22 years Gray was the face of St. John, the luxury knitwear giant launched in 1962 by her parents, Marie and Robert Gray. Twice a year, Kelly and her entourage would set off to a fabulous, jet-set-friendly location for a two-week campaign shoot that yielded consistent results: A campy yet unironic depiction of the ultimate power blonde, impossibly tanned under her signature asymmetric cropped coiffeur, surrounded by a gaggle of often topless men, whether gladiators, cabana boys or cowboys. (They may or may not have been in the company of elephants.) “What I really respected…you could put your hand over the logo and still know it was a St. John ad,” said advertising guru David Lipman in 2005. With Kelly as ambassador, not to mention creative director and co-chief executive officer, St. John became a $400 million company with a fiercely loyal following through the years.

“I know I can’t do it forever,” Gray told WWD of her modeling career in 2002, “but I’m not ready to pass my pumps along to someone else just yet.” But the bell tolls for all models: Just before Kelly and Marie stepped down from their roles in 2005, Gisele Bündchen became the first to fill Gray’s shoes, followed by Angelina Jolie. The latter’s run triggered a massive backlash with hyper-devoted customers, who clearly felt Jolie paled in comparison to their beloved Kelly.