The Eighties came to be known as the bad hair decade thanks to everyone who teased, twisted and generally tortured their hair into gravity-defying styles. 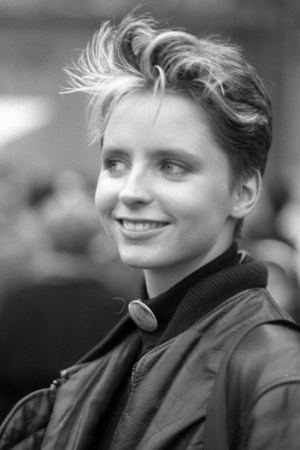 It’s hard to say exactly who’s to blame for the bad hair decade, the Eighties. Some say it’s Farrah Fawcett’s fault, since an amped-up, Aqua Net-ed version of her iconic, Seventies feathered locks carried over to the Eighties. But she alone was not responsible. There were the Park Avenue doyennes, who arrived for lunch with coifs “like Coney Island cotton candy, that floats over Le Cirque’s tables,” as WWD wrote on May 14, 1982. The goths, punks, the New Romantics, Tina Turner and the casts of Dynasty and Dallas all were guilty of teasing, twisting and generally torturing their hair into gravity-defying styles, such as “the prized long-hair look…wild and windswept but with a method of its disarray. Straight hair is teased into pompadours or madly fluffed, with the aid of setting gel and a layered cut,” so poetically described by WWD on April 29, 1983. No matter how flattering the prose, the haircuts left an entire generation wincing at their yearbook pictures.