Long before he became a pop culture phenomenon, Marc Jacobs’ most notorious moment came from his watershed grunge collection for Perry Ellis. 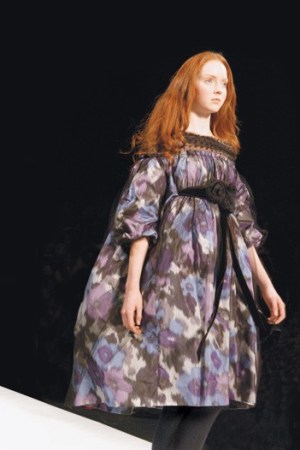 Long before his crossover to pop culture phenomenon and tabloid/Internet sensation, Marc Jacobs was fashion’s most brilliant and influential underdog, who, along with his partner, Robert Duffy, went in and out of business several times before he turned 25. The most notorious moment of those early struggles came after his watershed, CFDA Award-winning grunge collection for Perry Ellis. The look was about doing everything wrong, he told WWD, which in turn wrote that Jacobs “made most of it look very right.” Ellis brass agreed (too literally) with him, and he and Duffy were fired.

The next new start, for fall 1994, would be his last; Jacobs has been on an upward, if sometimes volatile, trajectory ever since. Critical acclaim translated to commercial clout in 1997, when Bernard Arnault signed him to create ready-to-wear for Louis Vuitton. There, he has developed a look of witty glamour while engaging in masterful collaborations with, among other artists, Stephen Sprouse, Richard Prince and, in 2003, Takashi Murakami, whose accessories series became an international sensation.

For his New York collection Jacobs has continued to refine an aesthetic that, for all its inherent cool, is at its heart pretty, optimistic and ultraluxe. In recent years, he has shown some of his most remarkable collections, including the controversial “Violet Incredible” effort for fall 2005, which WWD called “his gutsiest since grunge, made more so [because] a designer at fashion’s pinnacle has so much more to lose than a renegade kid.” He called his spring 2008 show, a rare sex-themed outing rich with surrealist imagery, “the Emperor’s New Clothes—which is what fashion is.”

Thus, Jacobs takes a laissez-faire approach to client interpretations of his work. “The only thing that looks wrong on anybody is insecurity,” he told WWD’s CEO Summit in 2009. “I probably shouldn’t be sitting here in a kilt, but I don’t care. I’ve got good calves and I’m happy. I’m happy when I see people wearing something we’ve made. I don’t care if they wear it inside out, backward, cut in half or busting out the side seams. God bless you if you’re happy.”