Pair the right designer with the right house and sparks can fly, as Alber Elbaz, Nicolas Ghesqiuère, Riccardo Tisci, Phoebe Philo and Tomas Maier have proven. 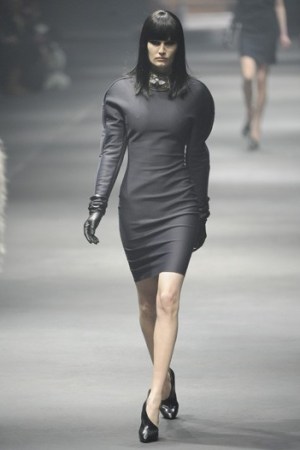 Little more than 10 years ago—and as recently as two, in the case of Celine—five of the hottest labels in current fashion barely blipped on the cultural radar, and if they did, it was mostly nostalgia. What changed boils down to the basic rule of attraction: chemistry. Pair the right designer with the right house and sparks can fly, as Alber Elbaz, Nicolas Ghesquière, Riccardo Tisci, Phoebe Philo and Tomas Maier have all proven to the delight of their customers. For that matter, so too has Reed Krakoff, who transformed Coach’s image from stodgy American leather house to global status symbol, once he assumed the creative reins in 1996.

It’s not an exact science, and living up to a major house legacy isn’t easy. Just ask Ivana Omazic, Philo’s predecessor at Celine, or Olivier Theyskens, whose critical raves failed to set the sales floor on fire during his turn at Nina Ricci, where Peter Copping is now establishing a more lighthearted look. Even Elbaz found himself pushed through the revolving door at YSL before setting Lanvin on the road to reinvention in 2001. His ascent, like Ghesquière’s at Balenciaga and Tisci’s at Givenchy, has been a steady build, as opposed to the instantaneous cult status of Philo at Celine. “Our clothes don’t scream; they whisper, so it takes more time,” Elbaz told WWD in 2007, on the heels of his brilliant spring 2008 collection starring gorgeous flyaway dresses that made everyone reconsider polyester’s downmarket reputation. Critically speaking, Tisci’s reception at Givenchy in 2005 was lukewarm, even though retailers lauded his vision, which played strict tailoring against dark, sometimes Gothic romance. He has since settled in, winning raves for his most recent collections.

Bottega Veneta could always bank on its iconic woven leather goods, which overshadowed the ready-to-wear until Tomas Maier was installed at the helm in 2001 and built a thriving fashion business to match the leathers.

And by 1995, when Ghesquière joined Balenciaga to design uniforms and wedding gowns in its licensing division, the house was dormant as a fashion force, remaining so until his unlikely appointment as creative director two years later. He revived Balenciaga’s sacred devotion to the silhouette with a tension between edgy futurism and romance so dynamic that Gucci Group acquired the house in 2001. Ghesquière chalked his success up to timing and synergy in 2005 at WWD‘s CEO Summit: “I ha[d] the chance to find Sleeping Beauty.”