The tunes set the tone.

By Katya Foreman and Tara Bonet-Black and Rachel Mascetta on November 9, 2009
View Slideshow 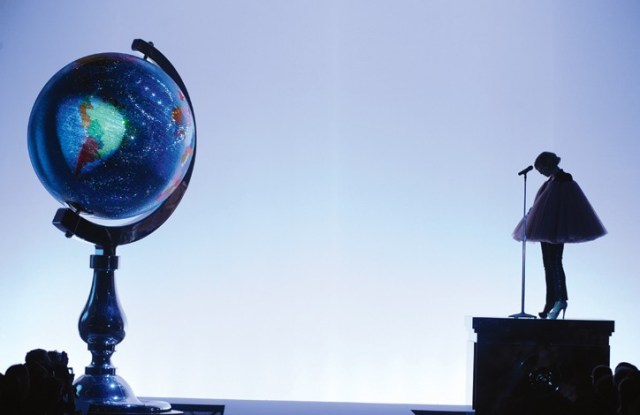 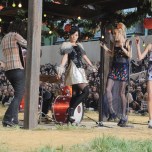 Whether they went legend, live or eclectic, designers provided their runway audiences with feasts for the ears as well as the eyes.

In New York, one name summed up the week: Lady Gaga. Her tunes dominated runways all over town and she gave a raucous performance at Marc Jacobs’ after party, while Michael Kors showed his affection by playing three of her hits back-to-back-to-back before closing with Madonna’s latest, “Celebration.”

Even designers who didn’t go Gaga still had young, hip track lists, featuring bands such as Gossip, La Roux, Empire of the Sun and Lykke Li. Spinning classics from Bob Dylan were Band of Outsiders and 3.1 Phillip Lim, who paid homage to the folk icon playing “Fourth Time Around” and “Ballad of a Thin Man,” while Ralph Lauren took his bow to “Like a Rolling Stone.” At Vera Wang, guests hummed to The Beatles’ “Dear Prudence” and “I Want to Hold Your Hand”—versions from 2007’s Across the Universe film. Live performances were scarce, but Brooklyn duo The Fiery Furnaces performed at Vena Cava, and French all-girl pop-rock group the Plastiscines performed at Alice + Olivia. Isaac Mizrahi once again enlisted jazz ensemble The Bad Plus.

London was in a nostalgic mood, peppering the soundscape with songs from the Sixties through the Eighties. Luella Bartley chose Eighties New Wave band New Order while PPQ opted for Sixties rock from Jimi Hendrix, The Rationals and The Yardbirds. Of note: The live performance at Erdem, where Toby Kearney and Dan Jones of Dyad Percussion Duo wowed the crowd on their xylophone.

The Milan runways were eclectic, ranging from classical to rap, and Bible Belt crooners to silver-screen throwbacks. Prada juxtaposed rapper Lil Mama’s “Lip Gloss,” pop-country singer Brenda Lee’s “All Alone Am I” and the orchestral “Colors of My Life” by Mantovani from David Lynch’s 2006 surrealistic thriller Inland Empire. Versace, Gucci and Missoni kept the energy high with thumping dance tracks, and Dolce & Gabbana’s DJ mixed it up with two diametrically opposed versions of “Amado Mio”—a moody, late-Eighties rendition by Grace Jones and a more traditional one by Rita Hayworth (dubbed by Anita Ellis) from the 1946 film noir Gilda. Indie-rock band The Kills and French troupe Ulik & Le Snob performed at the Milano Loves Fashion extravaganza at the Piazza del Duomo, where C’N’C Costume National was the featured fashion show. The event, open to the public, drew about 40,000 and focused on the arts, including dance, recitation and music.