Moore From L.A.: Is Fashion the Next Big Oil?

Fashion is becoming a dirty word, and the revolution is beginning in the streets with Extinction Rebellion.

Protesters during a climate change demonstration in London.

This show season, for the first time, I was ashamed to work in fashion because fashion is becoming a dirty word. And the revolution is just beginning.

Last week, Extinction Rebellion, the activist group that has shut bridges and poured buckets of fake blood outside Downing Street, parked a giant pink boat in London’s Oxford Circus blocking the flow of commerce in one of most heavily trafficked shopping areas in the world. At the same time, members were protesting Shell Oil and fracking, they were staging a guerrilla-style runway show to highlight the fashion industry’s negative impact on the environment. That’s sobering. 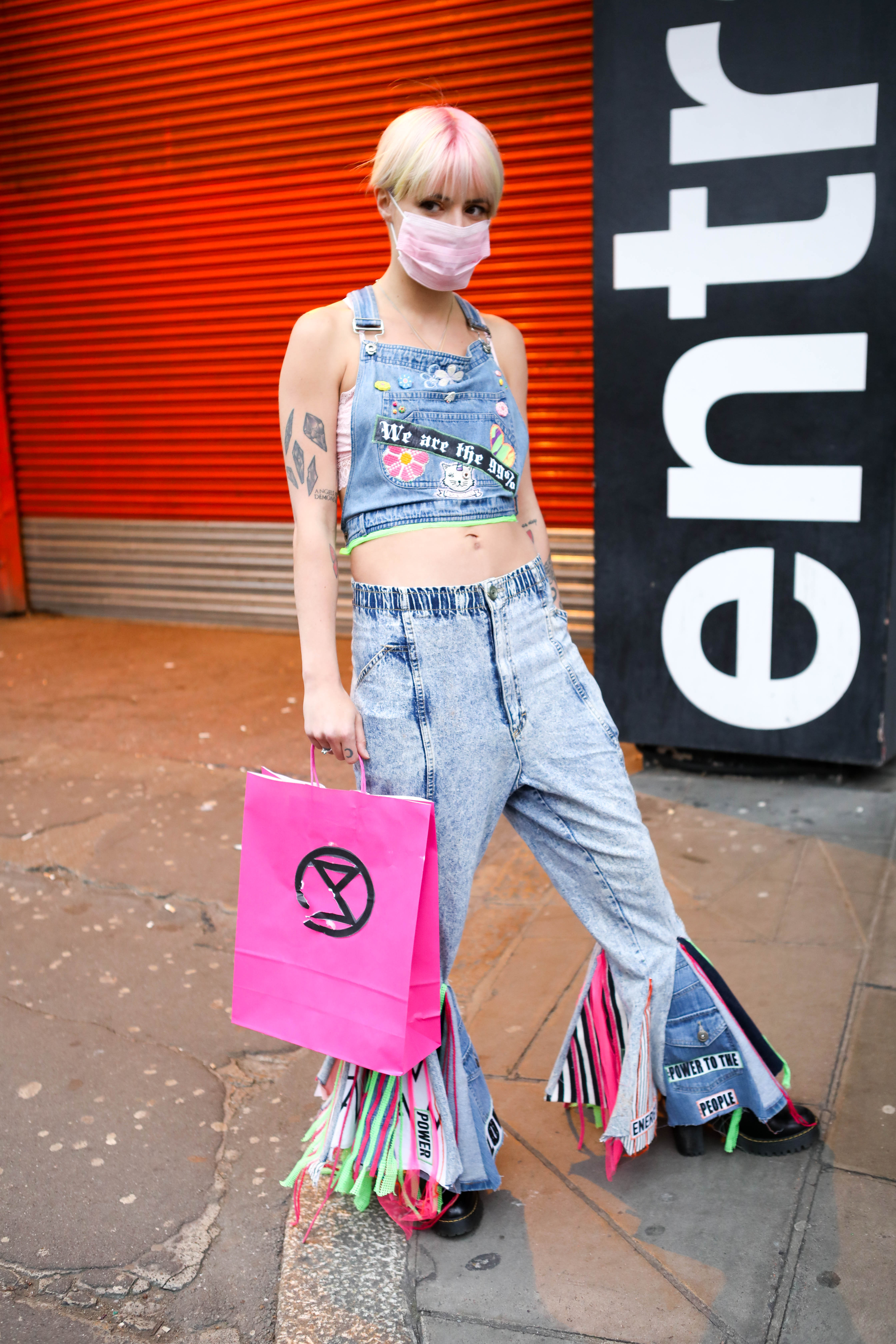 I first became aware of Extinction Rebellion during London Fashion Week. I was crossing the Thames in a ride share (at least I had that going for me) when we were stopped in traffic by the group. Its members had been protesting outside runway shows throughout the day, starting with Victoria Beckham and ending with Burberry. Escorted by police, they carried signs that read “Climate Emergency” and “This is Not a Drill.” My Uber driver rolled down his window to take a pink flyer:

“The fashion industry is not responsible for the unsustainable system it exists within, but it is a key driver of global trends. In a context of ecological catastrophe and mass extinction, influence like this can and must be used responsibly,” the flyer read. “Over 15 years, global clothing consumption has doubled whilst utilization has decreased by 36 percent. There are no signs this is slowing down and events such as London Fashion Week contribute to and encourage this continued unsustainable growth.”

While we were sitting there waiting, the driver asked why I was visiting London. I lied. 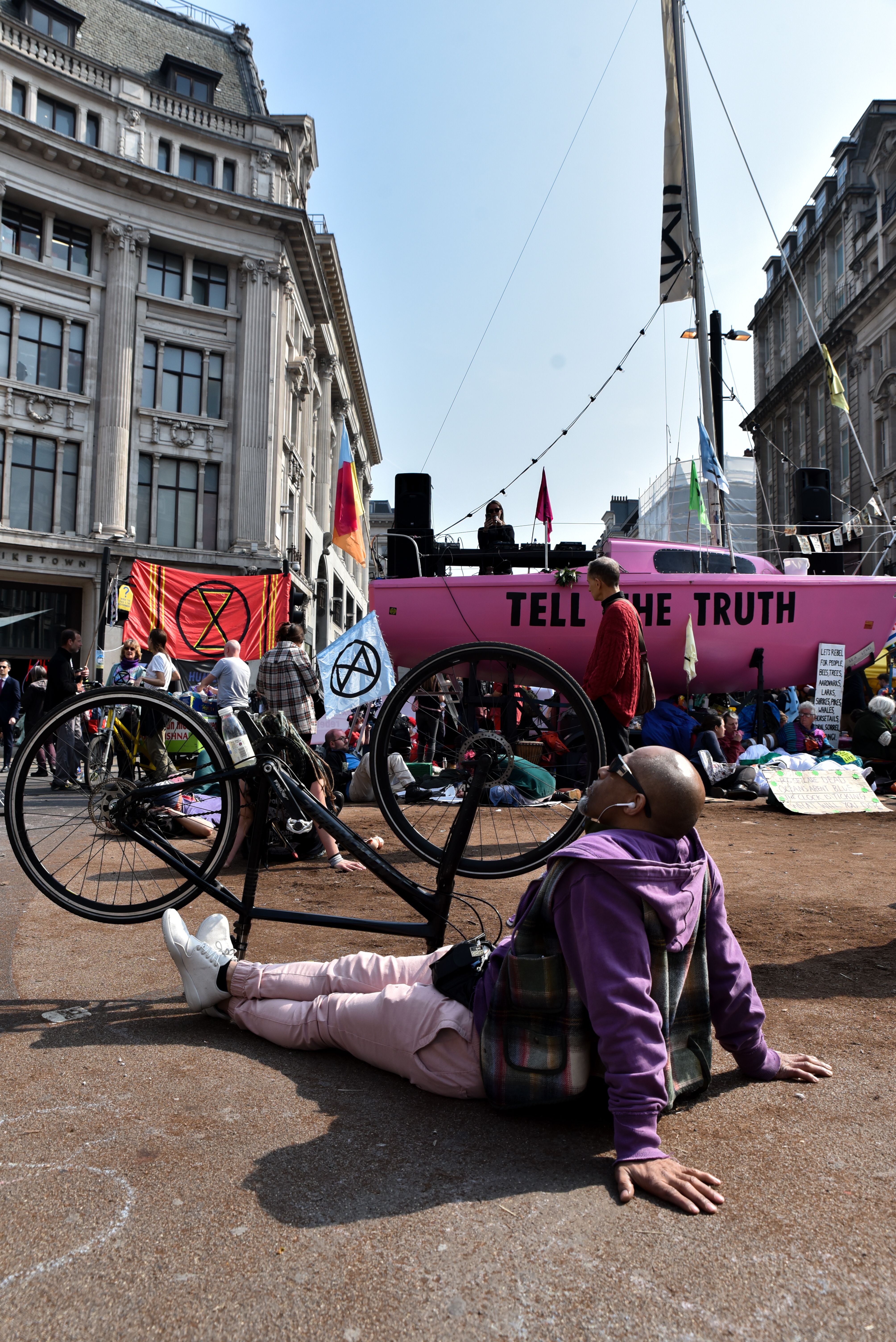 Of course, I had long been aware of the industry’s history of abuses, from the Triangle Shirtwaist Factory Fire to the Rana Plaza disaster. Since seeing Andrew Morgan’s excellent 2015 film “The True Cost,” I had given up fast fashion almost completely. And I had lulled myself into thinking that the well-publicized efforts by luxury brands — Stella McCartney’s waste reduction efforts throughout her supply chain, Ermenegildo Zegna’s vertically integrated factories and use of recycled materials, Kering and LVMH Moet Hennessy Louis Vuitton’s commitment to traceability — made what I do feel different, and that all I needed was to spend a little more to not feel so bad.

But the truth is, with a business model of built-in obsolescence, none of it is good. And now there were people in the street who have no choice but to breathe the same polluted air as everyone else on Earth, calling editors like myself to task for it.

Their actions stuck with me through fashion month, even while I watched designers wrestle with the responsibility of their influence, starting in New York where Chromat’s “Climatic” collection included swimwear made of regenerated nylon spun from recycled fishing nets, Collina Strada designer Hillary Taymour gave a platform to an environmental activist and used 75 percent dead stock fabric, and Phillip Lim partnered with Woolmark Co. to produce about 60 percent of his collection in natural fibers and the rest in recycled materials. 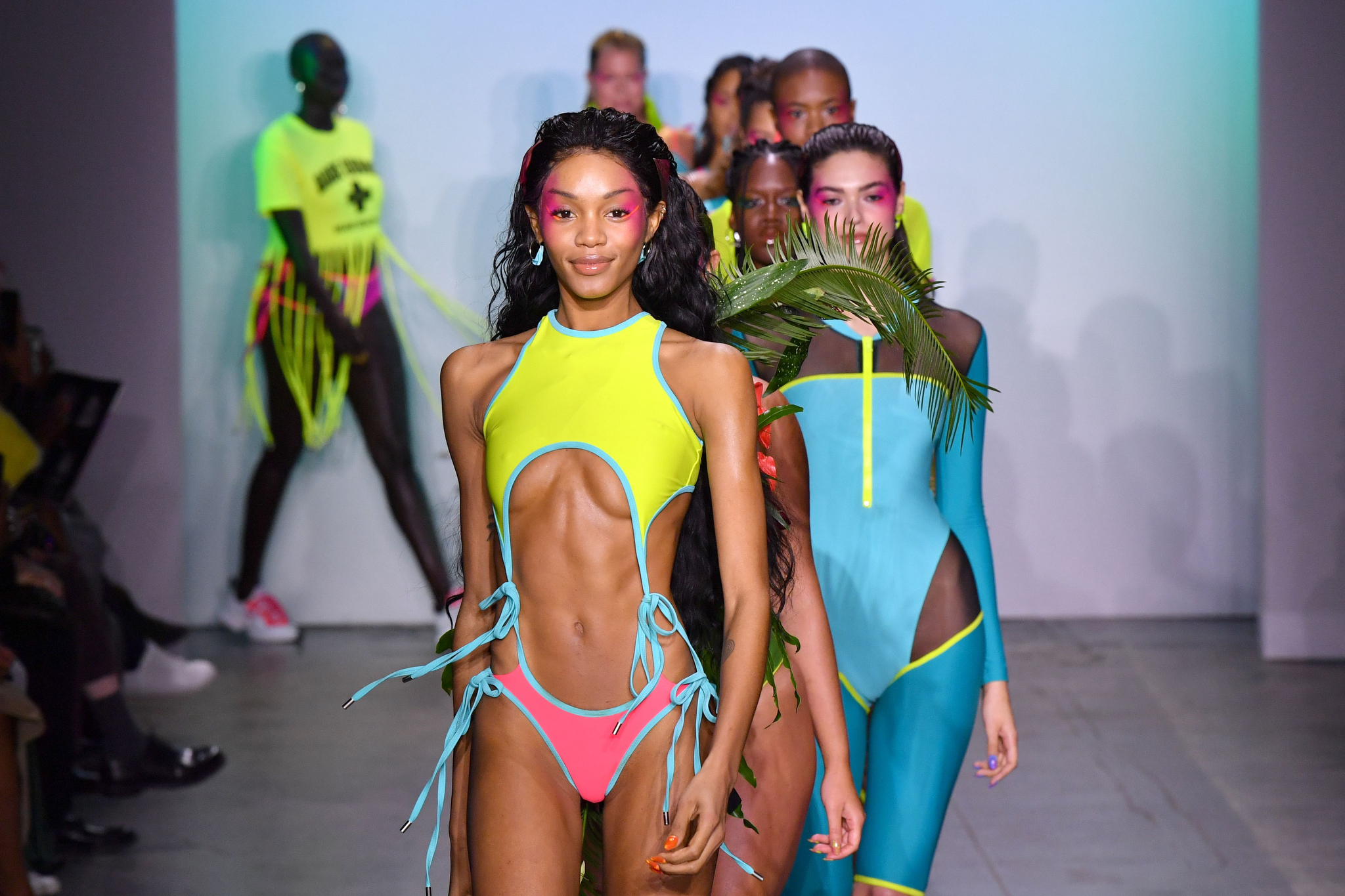 In London, Mother of Pearl staged an in-season fashion presentation that filled the jewel box-like Fitzrovia Chapel with plastic balls to raise awareness of plastic microbeads polluting the ocean, the air, everywhere. “It’s about making sustainability not boring,” said designer Amy Powney. It did make for a nice Instagram op, at least, and the brand donated 10 percent of proceeds for one month to help clean up the oceans. 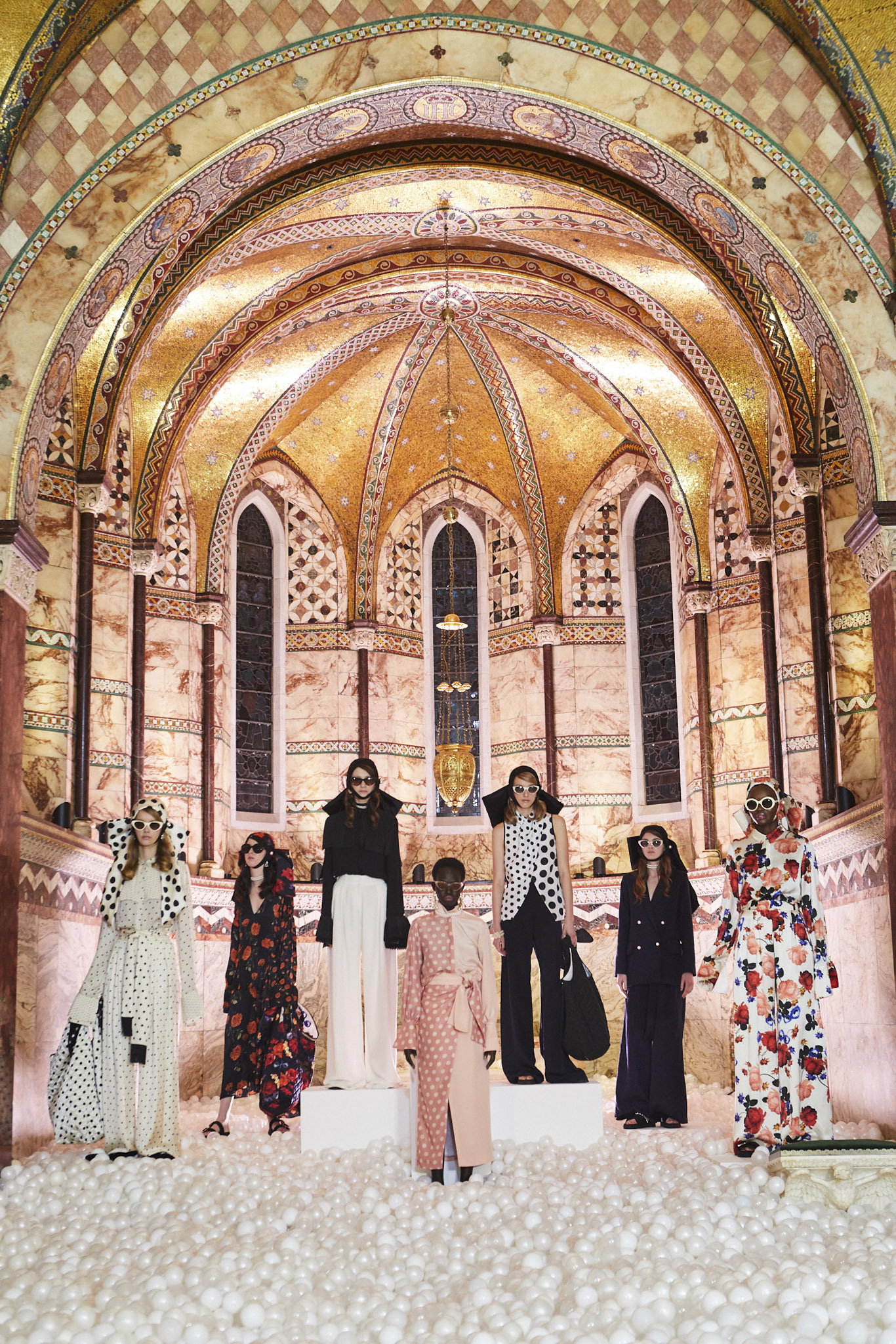 Vivienne Westwood showed a collection of new stuff to buy while trying to send a message to buy less, but it wasn’t nearly as punk rock as the Extinction Rebellion protesters in the streets. Meanwhile, the British Fashion Council partnered with BBC Earth on a short film about the dangers of the fast-fashion industry, which was premiered at posh Spencer House and which seemed an effort to draw a green line between its own luxury designers (good) and fast fashion (big oil). 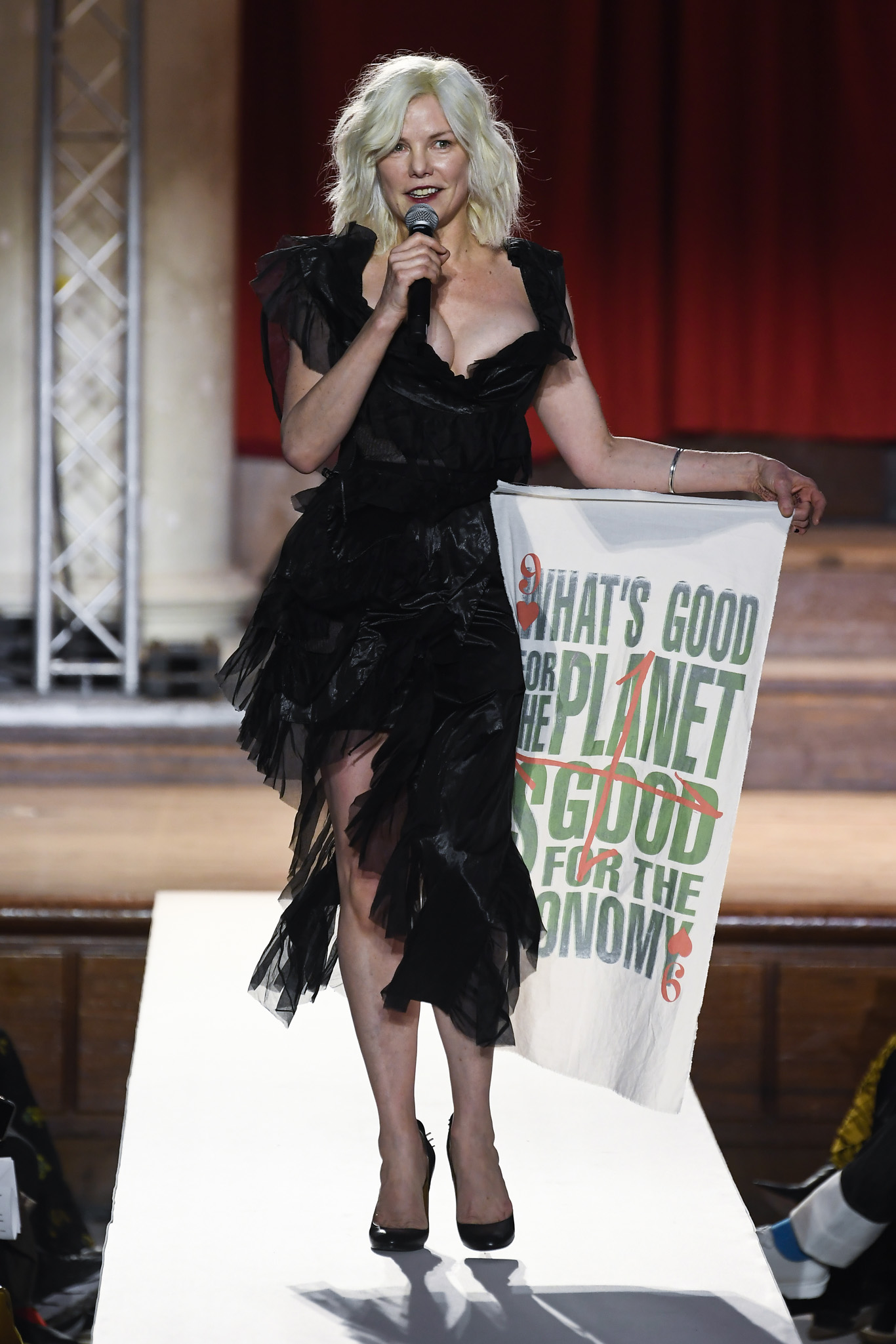 “Every time we invest in an item of clothing, we can consider our choices, buy quality and buy less,” the voiceover said. Of course, not everyone has that choice; for some, fast fashion is what they can afford, and it puts food on their tables, no matter how unconscionable some of those jobs’ working conditions are. For some, suggesting they invest in quality is the equivalent to Marie Antoinette saying, “Let them eat cake.”

And like Extinction Rebellion says, high fashion is not blameless, not when its designers are also delivering new collections every few weeks. They also contribute to the more than 100 billion items of clothing produced every year, which is twice as many as just a decade ago, with the number of garments purchased annually by consumers up 60 percent, according to McKinsey. We as editors, buyers and breathless influencers, drive the train that fuels the desire for that “Casual Corner cerulean blue sweater” Meryl Streep so famously spoke about in “The Devil Wears Prada.” We are the excess, too.

There were some efforts to acknowledge that in each capital during fashion month, when the excess, starting with the gas emissions from traveling show to show, can sometimes be overwhelming. In Milan, Vogue Italia and Yoox partnered on the second edition of The Next Green Talents, showcasing designers who upcycled unused samples from Yoox, creating “new” designs to sell on the e-commerce platform. 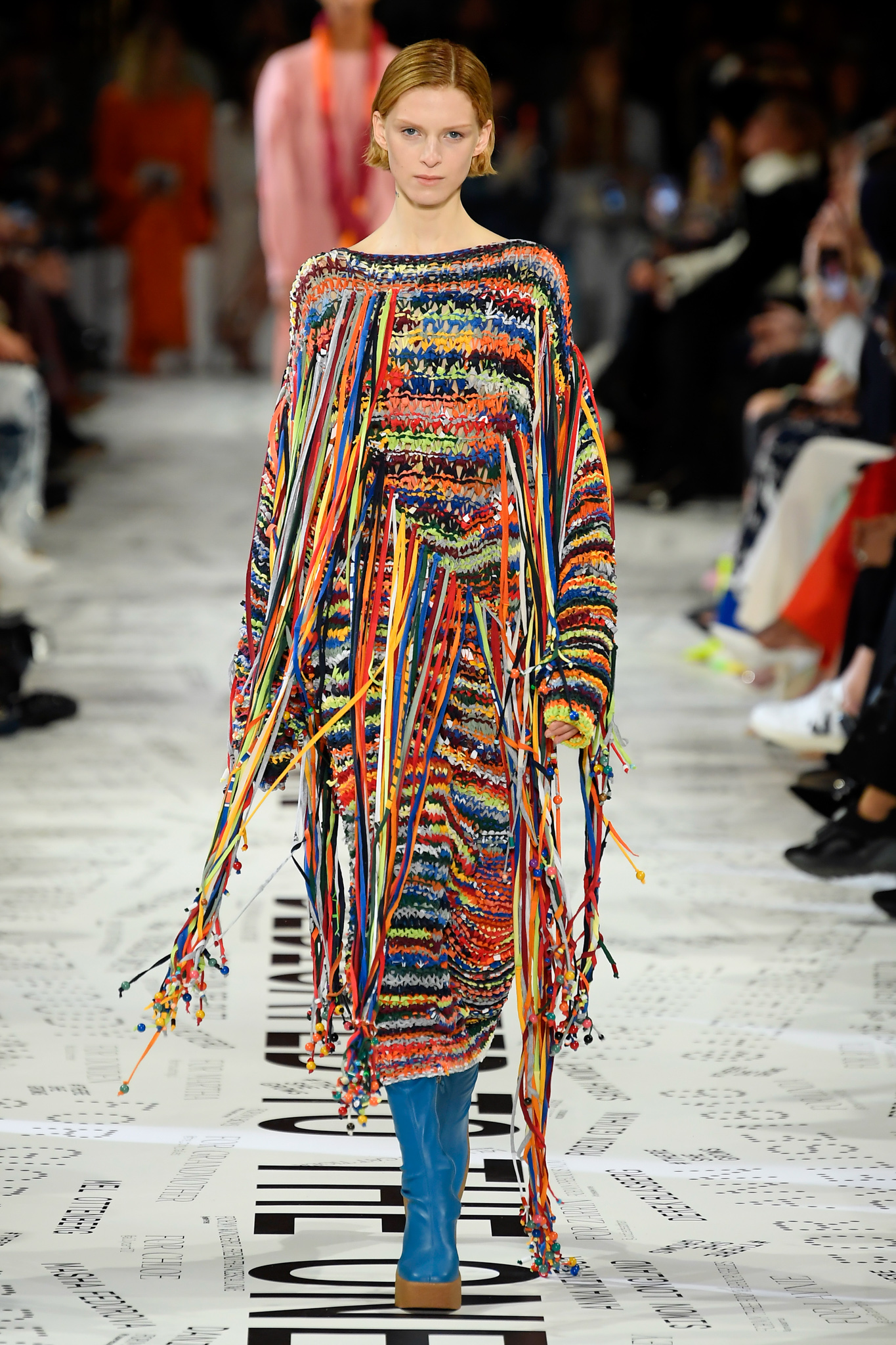 In Paris, the anti-rich revolution has been brewing for months, and last weekend “gilets jaunes” economic equality protesters looted stores on the Champs-Élysées, and criticized the largesse donated by French fashion billionaires to rebuild Notre Dame but not to respond to their call for help. During fashion week, Stella McCartney donated trees on behalf of her guests to the endangered Leuser rainforest ecosystem and showed dresses made from T-shirt scraps, remnants and sustainable viscose. Marine Serre took a darker view, with an apocalyptic show titled “Radiation,” featuring upcycled tartan skirt suits with matching pollution masks.

Was any of it enough, or do we need to work harder to slow down the train, do fewer shows, fewer looks, fewer deliveries, fewer colors, and settle for fewer profits? Maybe. 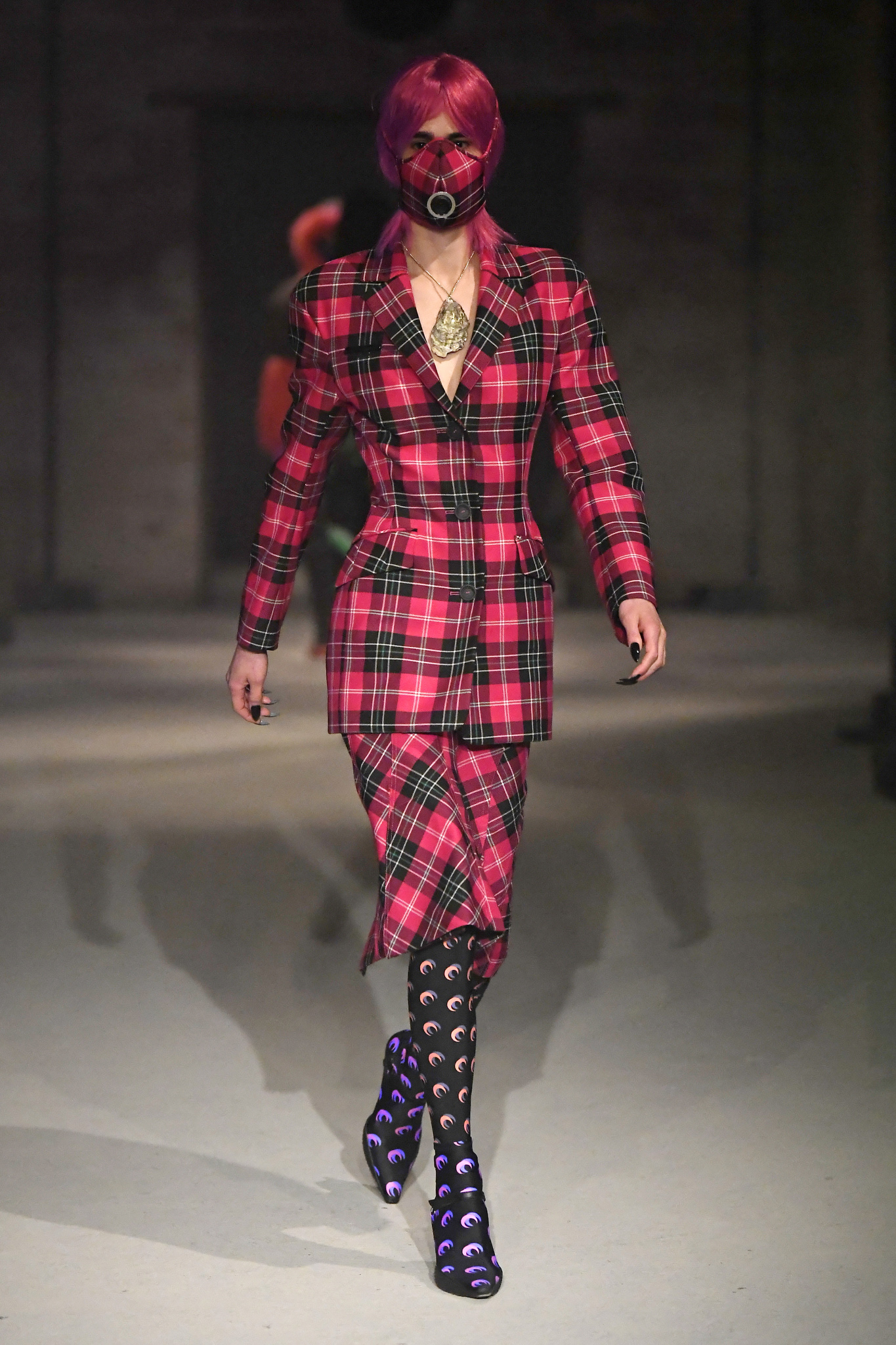 The momentum has continued in the run-up to today, Earth Day, when it seems everyone is jumping on the green bandwagon. There is the new lingerie brand made of recycled bottles; a fledgling business that donates 10 trees for every item of clothing sold; new, 100 percent recyclable surf trunks, and on and on. While I’m sure many of these brands and entrepreneurs are well-intended, do we really need any of it or do we just need less of what we already have?

Circularity projects are easier to justify. At Fred Segal Sunset, there’s the newly launched Guess Vintage collection of Nineties-era jeans, denim jackets, leather jackets, sweatshirts and more curated by Sean Wotherspoon of Round Two Store fame. And denim brand Re/Done has tapped Attico designers Giorgia Tordini and Gilda Ambrosio to upcycle vintage floral dresses and cargo pants into a “new” collection that will be available May 15. 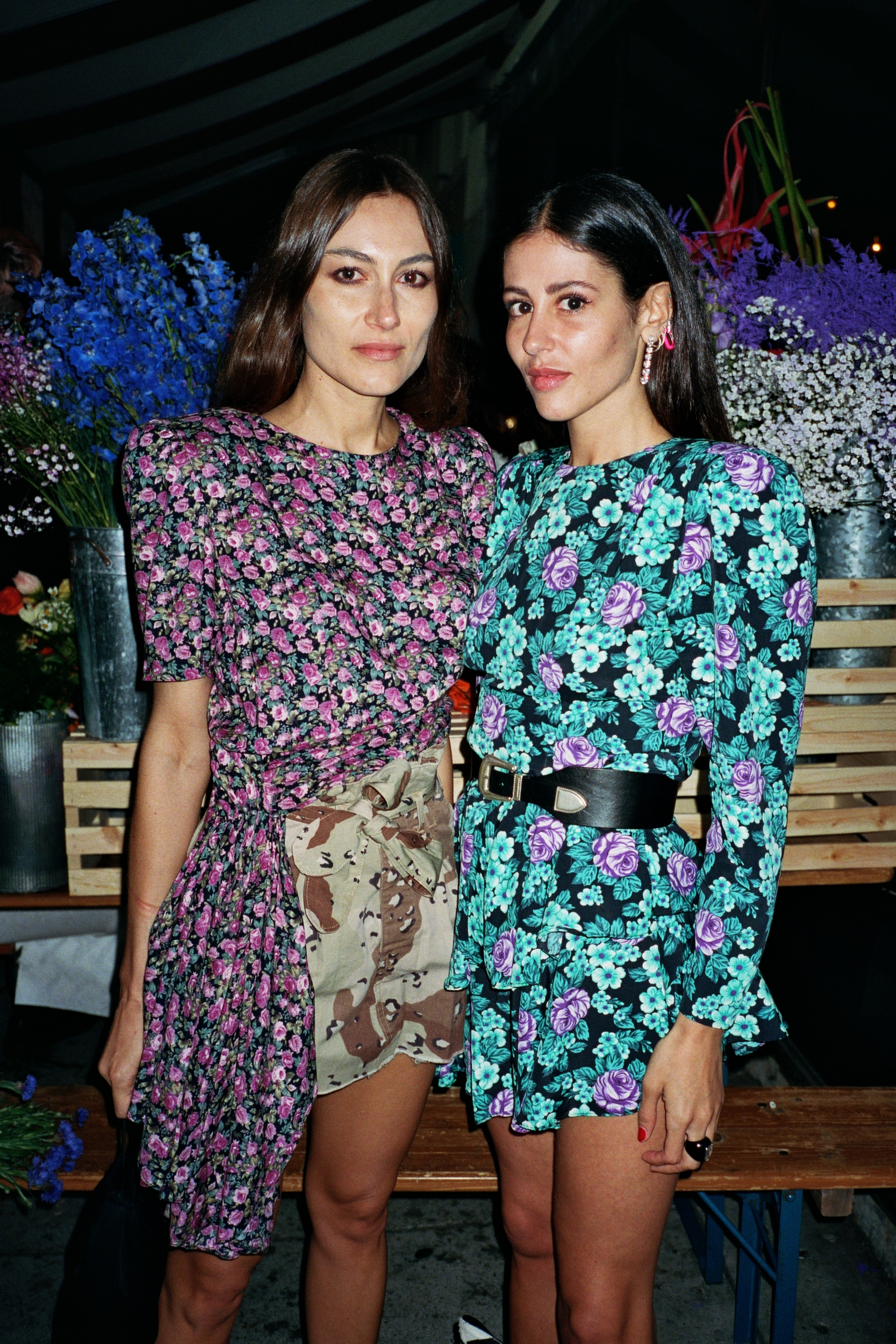 “We work with a lot of vintage as inspiration, and the idea of taking authentic pieces and giving them a second life was exciting,” said Tordini of the collection made using garments sourced from L.A. rag houses, which has inspired the duo to incorporate more sustainable practices into their work in general. “Nowadays, there is so much product, sometimes it’s scary. We thought it was wise to do something resistant to the waste.”

On a personal level, I — someone whose shopping habits have the carbon footprint of New Jersey — need to look at my behavior, the tyranny of the new, and the Instagram culture that makes me think I am some kind of Hollywood celebrity who can only wear something once. I need to buy less, and I need to buy smarter. Ordering a dress from an L.A. label, manufactured in India, from a web retailer in Dubai that ships it back to me in L.A., is absurd. The dress has already traveled more miles than I ever will in a lifetime.

Maybe we can start by simply saying no once in a while, no to buying more and no to making more. Because at the end of the day, it’s all just stuff, even when it’s glorious, gorgeous fashion. But there is only one big blue marble we call home.