Celebrating two decades in business this weekend, L.A. retailer Elyse Walker has thrived by bringing the concept of the Hollywood stylist to customers’ everyday lives. 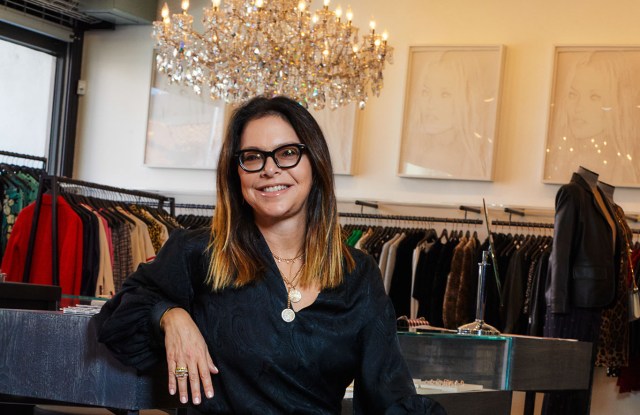 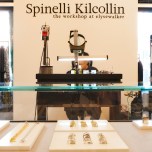 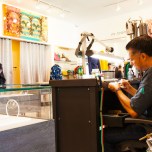 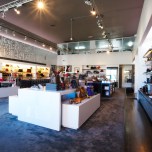 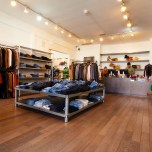 In L.A., you don’t have to be an A-lister to have a stylist.

Celebrating two decades in business this weekend, luxury retailer Elyse Walker has not only survived, but thrived by bringing the concept of the Hollywood stylist to her customers’ everyday lives inside her flagship — where 50 percent of customers shop through in-house stylists who have sales of $1 million-plus annually — and outside, where sales through the stylist-led Memo program account for 40 percent of the company’s total.

“I feel like we’re just getting warmed up,” Walker said, marching her bejeweled Miu Miu sneakers into a Wandler-buying appointment on a recent morning during Paris Fashion Week, and emphasizing the importance of the personal touch that extends to her Memo program, which has customers fill out a questionnaire about their favorite style icon, body part, colors and more, Stitch Fix-style, to receive a personalized box of designer clothing delivered to their home, including photos and styling suggestions.

“When we’re in the market, we touch everything…I put my foot in every single shoe,” she said, slipping on a lavender Wandler Isa sandal with spring’s must-have square toe. “My boss, the client, you want them to know you’re working hard for them,” she added, considering a pair of leather Bermuda shorts at the Petar Petrov showroom. “You want to offer something new and have the staples she wants, too. My customers trust me to go out and find the perfect classic piece.”

Walker’s namesake women’s boutique was a retail pioneer in L.A.’s wealthy Pacific Palisades neighborhood. Catering to local clients such as Cindy Crawford, Jennifer Garner and Maria Bell, she helped pump the market for Rick Caruso’s Palisades Village, where last year she launched the new, 2,000-square-foot women’s and men’s luxury basics concept store Towne by Elyse Walker. It already has expanded to two more locations locally, averaging $3,000 in sales per square foot. With another opening next year in the up-and-coming retail market Calabasas, for the first time in her career Walker has started to think about taking on investors.

Although she declined to share revenues, she said as a whole, her company stores have seen double-digit sales growth year-over-year. From a margins standpoint, the contemporary business is most profitable. But so far for 2019, designer ready-to-wear is running on a double-digit increase.

“My husband and I funded this from the first day, we have no debt, he was a banker and my father taught me to run a tight ship. But if we want to grow faster, which we think we can with the new Towne concept, we will go for it,” she said of raising funds to open what she thinks could be 20 new Towne stores nationally in the next few years, selling everything from Mother Denim and Re/Done Ts, to Golden Goose sneakers and Saint Laurent totes, always with a California twist.

Walker grew up in retail, working from age 14 in her parents’ Capretto shoe stores in Scarsdale, N.Y., and Manhattan. After graduating from Columbia University, she opened her own Capretto boutique on Madison Avenue in 1987. Then in 1995, her husband (real estate developer David Walker) got a job that brought them to the West Coast, where they settled in Pacific Palisades, then devoid of the kind of multilabel boutiques (Maxfield, Fred Segal, Madison) that have historically defined the L.A. retail landscape.

“I thought I was either the smartest person or the dumbest person in the world,” she remembers of opening the Elyse Walker boutique in 1999, which started at 900 square feet filled with labels such as Katayone Adeli, Velvet and William B, and is now 6,500 square feet filled with Gucci, Balenciaga, The Row, Alessandra Rich, Stella McCartney, Saint Laurent, Bottega Veneta, Givenchy and more, boasting sales of $5,000 a square foot.

In August 2016, she opened a second Elyse Walker flagship in Newport Beach, Calif., in a former bank building in Lido Marina Village. “We thought Newport would be more sexy, tight, short dresses, I guess from watching ‘The O.C.,’” Walker said of the 12,000-square-foot boutique with a fine jewelry vault, which recently celebrated its anniversary with a fete for 400 that had a leopard-print dress code and an Aston Martin sponsorship. “But that’s not who’s shopping in our store. We’re seeing the same classic love of fashion — trendy, but not too trendy,” she said.

Walker’s point of view could be described as New York sophisticated through a casual California lens. “I don’t think we’ve ever put the perfect blazer, blouse, cashmere V-neck or cardigan on sale; if they are soft and have a good fit, we can never have enough of them,” she said of her buy (she has six people on her buying team), which is anchored in classic YSL leather peacoats, Dior embroidered tulle skirts, Dolce & Gabbana leopard sheaths, Stella McCartney suits and Gucci loafers, with Alanui knits, Off-White sneakers and Ulla Johnson dresses adding trend. She also launched her own private label this year, with Ts, bell-sleeve cardigans, faux furs and other basics that have had a 70 percent sell-through in their first quarter.

“As a single store, Elyse Walker is up there with some of our department stores in terms of sales,” said L.A. fine jewelry designer Yves Spinelli, who is hosting a monthlong Spinelli Kilcollin pop-up shop at the Pacific Palisades store as part of an anniversary weekend of Champagne toasts and personal appearances, offering customers the chance to design their own linked Galaxy rings and more. “She came and looked at our jewelry five years ago and said, ‘I can sell this all day.’ She knew it was right. She brings in pieces that are wearable but not too far out that you’re going to be selling them on The RealReal next season.”

The stores feel like one part fashion closet, one part social club, with jars full of gummi bears, rolling racks with looks earmarked for specific clients, and sales associates taking photos for their own branded Instagram accounts, such as @Shane_ElyseWalker and @Molly_ElyseWalker, where a lot of business is done through DMs.

Seeing the transition to online shopping seven years ago, Walker forged a partnership with executives at Revolve.com to be the fashion director of their Fwrd.com site, which then was having trouble breaking into the luxury designer market, and had $65.2 million in net annual sales in 2018. “We’ve raised their profile and they have raised ours,” she said of the Forward by Elyse Walker business, which she has a financial stake in, but which has its own inventory and buying team.

To bridge the physical and digital in her own stores, in 2016, she took a page from Hollywood to launch her own in-house stylist program.

“After years of hearing our clients speak about their assistants, personal trainers and nutritionists, we realized that what we have to offer is just as valuable,” said Walker. “Many of these clients are just as busy, have as much cachet and wealth as many of Hollywood’s top celebrities…and they are getting used to having someone to check in with…We see it as an opportunity,” said the retailer, noting that her seven full-time stylists cross-sell between the Elyse Walker and Towne stores.

Employees who have more than $1 million-plus in annual sales qualify to be stylists and receive compensation perks and visibility on the Elyse Walker web site as rewards. A stylist’s average sale is typically double that of an average in-store associate.

“In the way external stylists do with celebrity VIPs, we’re delivering that service to our local moms and clients, giving them looks for their lifestyle that aren’t formulaic,” said Summer Holl, president of Elyse Walker, who notes that men are also booking styling appointments at the new Towne stores. “We get their info up front, set up a room for them, and they are great with color multipliers. If they love a shirt, they want it in several colors. Then we ship them and update their wardrobe on a monthly basis.”

When it comes to growth, Holl is bullish on the Towne concept, noting that the 2,500-square-foot store opening in 2020 in Calabasas, where she lives with her family, is a suburban concept that the company would like to expand on.

“Elyse and I are aligned over these little affluent pockets, so far in California, but there are more throughout the country, where we can get customers where they live. They can come in multiple times a week, and it becomes a social outlet and a little bit of therapy,” she said. “I don’t know if we’d have the same response if we opened on Rodeo Drive where we would be one more among the museum showcase of stores. The experience for us is the success. The average dollar spend speaks to the time the stylists spend with their clients. They spend hours and it shows.”