The MooRER store in Milan.

After launching men’s pants and knitwear, the brand has enriched its offering with denim pieces, footwear and small leather goods. The women’s line will also be expanded to include denim, knitwear and dresses starting from the spring 2021 collection.

In addition to new categories, the label has upgraded its retail strategy by implementing new customized shopping assistance services. Customers can now ask for remote consultations with sales assistants, the home delivery of goods purchased at the brands’ flagships as well as for a concierge service enabling stores assistants to bring a selection of pieces to their homes. Consumers will also be able to book online an in-store appointment or a single garment to try on in the flagship soon.

Although the lockdown halted the brick-and-mortar activity for months, the company said it expects a double-digit growth in 2020, supported by a series of investments it has made in technology to ramp up the business after the pandemic’s peak phase. Last year, revenues were flat at 30 million euros compared to 2018.

Based in Castelnuovo del Garda in the Veneto region, MooRER was founded by Moreno Faccincani in 2006. Known for its luxury down jackets and outerwear, the brand is produced by specialized manufacturers in the area surrounding its headquarters and takes pride in full traceability of its products.

The company counts four monobrand boutiques, including one in Milan’s luxury shopping street Via Montenapoleone, in Tokyo’s Ginza, Italy’s Cortina and Germany’s Sylt. The label is available at more than 1,000 multibrand points of sale and luxury department stores globally, including Italy’s Rinascente and Tsum in Moscow. 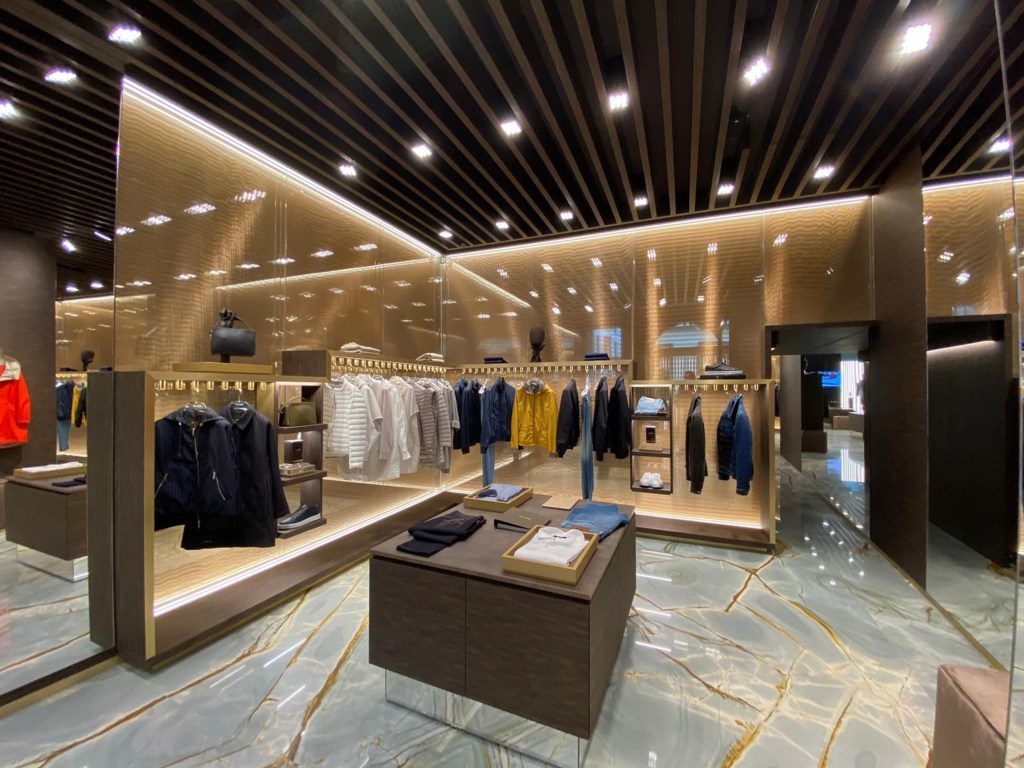 As reported, last year investment fund Borletti Group acquired a 25 percent stake in the brand. Faccincani continues to hold his role of president and creative director of MooRER.

Borletti Group was founded by former Rinascente president Maurizio Borletti and former Emanuel Ungaro chief executive officer Paolo De Spirt in 2005. The investment in MooRER followed Borletti Group’s backing of Italian fashion brand Elisabetta Franchi, which, before the pandemic, was eyeing a public listing in the first quarter of 2020 on the AIM segment for small caps of the Italian Stock Exchange.