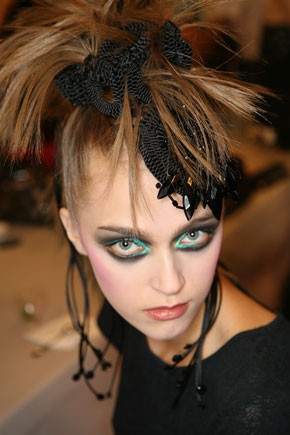 “Everything came from this,” she said, showing one. Gilbert explained the black silky pieces were mixed with hair to create the effect of a Mohawk.

“She’s a fighter, a mutant,” added Gilbert, pointing to a model sporting the look. Her face was highlighted with metallic hues, such as green and pink.

“Like a beetle,” said makeup artist Stephane Marais, who had in mind “a colored insect.”