At play on the pitch. 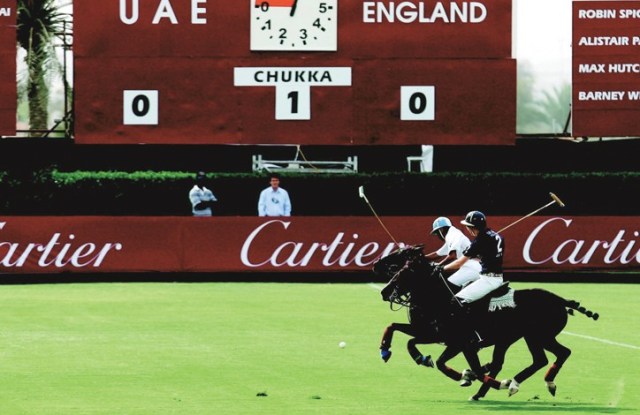 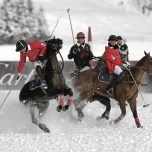 The affair began in 1983, when the jeweler lent its name and sponsorship to a tournament in Palm Beach, Fla., and expanded in 1985 with the creation of the Cartier International Polo Cup, a prestigious event in the British sporting calendar.

Played in Windsor, with the likes of Prince Charles and Prince Harry often competing, the event attracts more than 25,000 spectators, including Her Majesty Queen Elizabeth II.

For Cartier, polo offers the type of exclusivity and tradition it likes to convey in its jewels. The event is also a venue for creativity: The company has developed novel versions of the sport to garner attention, including replacing horses with pachyderms for the World Elephant Polo Championships in Nepal. Not only has the event attracted A-list glitterati, it also serves as a means for Cartier to raise proceeds to protect that country’s endangered species. Another inventive polo spin-off is Cartier’s Polo World Cup on Snow, which is held on frozen Lake Saint Moritz in Switzerland.

More recently, Cartier in 2006 created the Cartier International Dubai Polo Challenge in the United Arab Emirates. Top players from Argentina, Britain and several Arab countries play at the Desert Palm Polo Complex. Played under the patronage of Princess Haya Bint Al Hussein, the wife of the ruler of Dubai, Sheikh Mohammed bin Rashid Al Maktoum, the event underscores that when it comes to polo, the world is Cartier’s pitch.