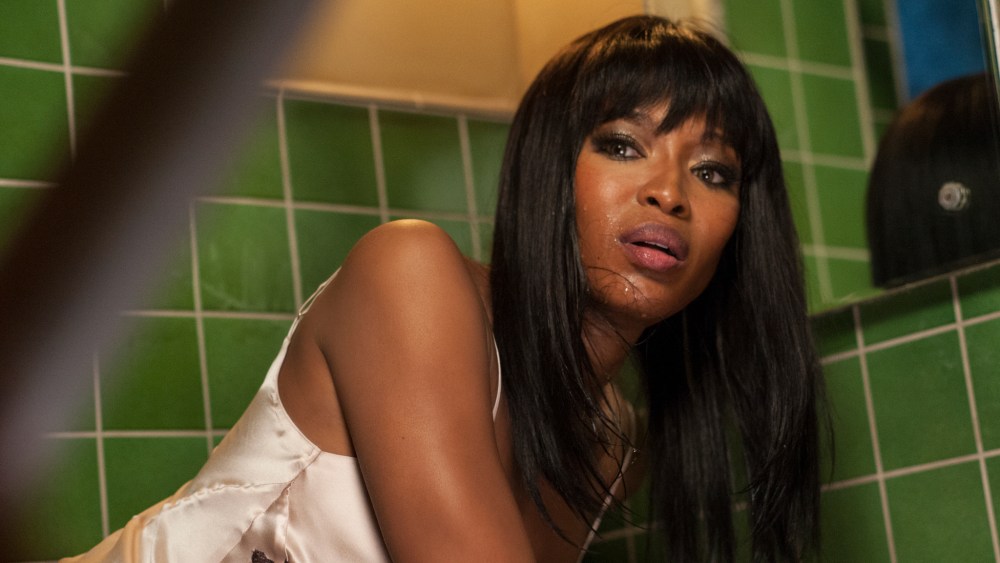 From Stevie Nicks to Adam Levine, Ryan Murphy’s FX series “American Horror Story” has had many a buzzy guest star. And on Wednesday’s episode, a face well-known to fashion audiences will begin a two-episode arc: Naomi Campbell.

“When I heard she was going to be on the show I was very excited but also very intimidated,” says the show’s costume designer, Lou Eyrich. “She’s such a style icon — and an icon, period.”

Campbell plays Claudia Bankson, a fashion editor Eyrich modeled after the French editor and stylist Carine Roitfeld. Eyrich came up with an eclectic mix for the Campbell: in one scene, she paired a Zac Posen suit with a Dolce & Gabbana ruffle blouse and a ginger fox chubby from Somper Fur in Los Angeles, for instance. And in another, Campbell wears a cinnamon Gucci pantsuit styled with a printed blouse from the brand. In one playful part, Campbell stomps around in a cream high-neck blouse paired with red Derek Lam trousers and a white fur and leather long vest.

Campbell is a familiar face to television audiences as of late. She played Camilla Marks, the love interest to Hakeem Lyon, on season one of the smash hit “Empire.” Her history with TV started with a recurring role on “The Cosby Show” in 1988 and in 1990, she appeared on an episode of “The Fresh Prince of Bel-Air.” She’s also been seen on “Fastlane” in 2003 and “New York Undercover,” in 1995. After her turn on “Empire,” she is rumored to be working with Lee Daniels again for his big screen biopic on the comedian Richard Pryor.

“Normally for TV we don’t get loaners,” Eyrich said, noting that she works with a “tight budget” that fluctuates with each episode, ranging “anywhere from $30,000 an episode to $70,000 an episode.” The benefit of working with an international supermodel? Their Rolodex of designer contacts. “She graciously offered to ask some of her friends who are designers if they would be willing to loan things,” Eyrich said, which worked well as “it was early August when a lot of houses were closed down for the month.” When connections and timing didn’t align, Eyrich worked with the budget to make purchases where need be. Several pieces were pulled from different boutiques on Rodeo Drive, and from Barneys New York, Neiman Marcus and Saks Fifth Avenue.

Murphy is typically direct in his picks for costuming characters, but when it came to Campbell’s character he left the instructions fairly simple, telling Eyrich he wanted Bankson to resemble “a very sharply dressed Vogue editor.” From there, Eyrich “e-mailed Naomi a couple photos for reference, and she told me what designers she looks best in,” Eyrich says. “I can’t tell you how easy it was.”

Though Campbell is the first model to appear on the show, she is one of several personalities appearing this season known for their personal style like Chloë Sevigny and, most notably, Lady Gaga.