The stunning, always elegant model was also a trailblazer in the ethnic beauty category. 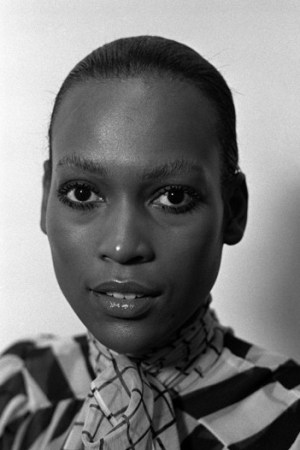 The untimely passing of Naomi Sims — one of fashion’s first prominent African-American models — at 61 on Saturday saddened the editors at WWD. Over the years, the paper and its reporters often encountered the stunning, always elegant Sims, who was a trailblazer in the ethnic beauty category, launching the Naomi Sims Collection of cosmetics for African-American women in the Seventies and publishing books that included “All About Health & Beauty for the Black Woman”  (1976).

In May, 1970, WWD declared, “Naomi Sims would make any color look beautiful” in a story on the launch of her cosmetics collection. “Her beauty surely has to do with self-knowledge and all the inner stuff that makes for individuality.” Of the inspiration behind the line, the Wilhelmina model said, “I have had a fascination for cosmetics since I was 14. As a teenager, I  was not permitted to wear any makeup. My parents felt makeup and modeling were unladylike. Of course, they got over it.

“I used to blend my own makeup,” Sims continued, “and I have always managed to come up with something very original, changing my look every six weeks. Even three years ago, the major cosmetic companies were totally unprepared for the black woman. Not only her face, but her body as well.”

Several years later, in September 1975, WWD caught up with Sims for a black beauty roundup. “Black women don’t relate to white standards of beauty; they have no desire to make their lips thinner or their skins lighter,” Sims added. “The three most important things for black women to consider are emotional well being, physical good health and satisfying, challenging employment.”

Here, some of our favorite photographs of Sims from the archives.