International Intimates Inc. has signed a licensing pact with Necessary Objects to make its branded daywear, panties and bras. 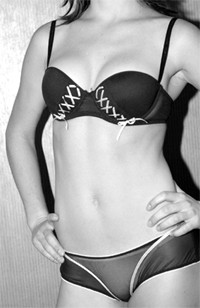 This story first appeared in the November 3, 2003 issue of WWD. Subscribe Today.

First-year wholesale sales are projected between $2.5 million and $3 million, said René Rofé, chairman and chief executive officer of International Intimates. Distribution will be aimed at major department and specialty stores, as well as smaller specialty operations. However, distribution will initially target doors at Nordstrom, Dillard’s and Federated Department Stores, where Necessary Objects contemporary sportswear has a strong position, said Rofé. Shipments are scheduled to begin in March.

“When we were looking for a license, we wanted something that was not too junior looking, a name that had recognition and a strong department store presence,” said Rofé. “Necessary Objects was doing a new ad campaign, and when I saw it I started talking to Bill Kaufman, Necessary Objects’ ceo.”

Necessary Objects, known for its young, contemporary sportswear, is designed by Ady Gluck-Frankel, the firm’s owner and creative director. Gluck-Frankel, who will have final approval of the lingerie designs, will work in tandem with International Intimates’ Baby Padro, director of product development and sourcing, and Anna Maria La Bianca, designer for the licensed lingerie. Sales will be headed by Marc Rosen, sales manager, and Stacey Kaufman, sales associate.