Net-a-porter Banks on Megabrands, Sustainability — and Netflix for Spring 2020

The retailer is seeing the big luxury names reasserting their dominance in the market, especially in the accessories world.

LONDON — The pendulum is beginning to swing back in favor of premium luxury as the megabrands reassert their dominance on the shop floor and the digital screen.

Net-a-porter, which has long kept its focus on the higher end of the market, but of late was eager to broaden its price range and introduce a flurry of contemporary labels, is responding to consumer demand, making deep investments in all the big players, ranging from Valentino to Balenciaga, Gucci, Bottega Veneta and Loewe.

For spring, there will be a bigger focus on “entrance-making,” one-of-a-kind gowns, ranging from Valentino’s neon orange cotton pieces, to the larger-than-life Balenciaga runway gowns that will retail for 9,000 pounds, and the Versace palm-print dress, which J.Lo paraded down the runway.

At 6,000 pounds, the runway version of the fluttery green gown was the highest-priced item that Net bought from Versace. Net also bought a commercial version — costing 4,000 pounds — that more closely resembles the original dress Lopez wore at the Grammys in 2000. 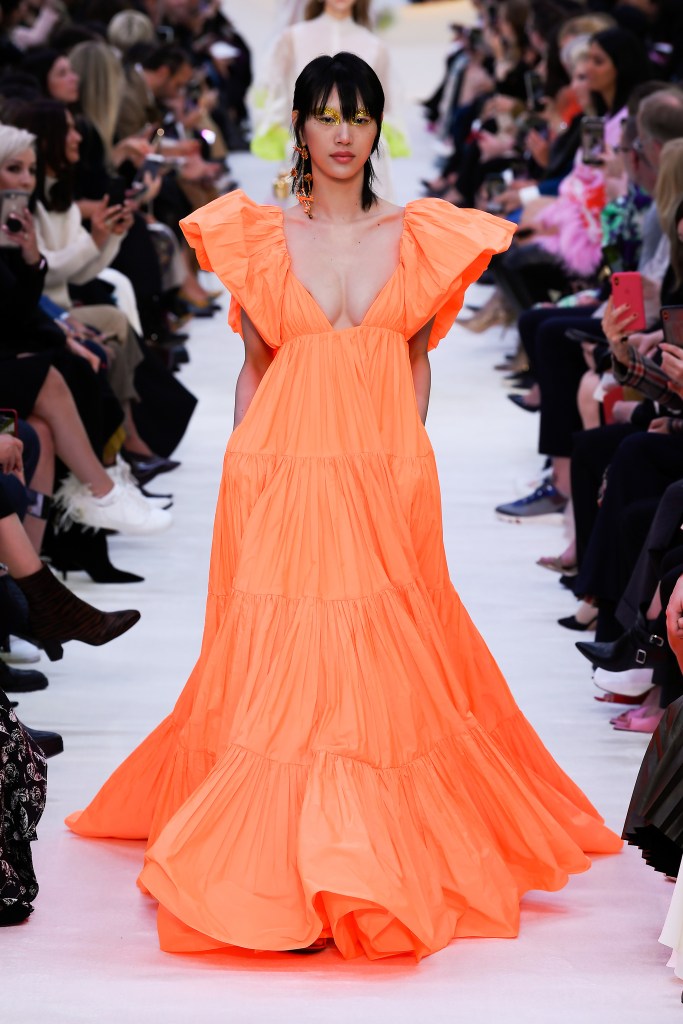 A model wearing Valentino on the catwalk.  Giovanni Giannoni/WWD

The power shift back to the megabrands is most evident in the accessories department and largely driven by Net’s high-spending clients who are following closely and religiously preordering “it” items from these labels.

“Contemporary shoes and bags, while still incredibly relevant, no longer dominate the market. Instead, luxury brands are, and we’re turning to the more traditional business model of the Nineties. Brands are ensuring that we have more than just one, or two, or three “It” bags or shoes within their collections and letting accessories be the scene stealers,” she said, pointing to Loewe, Bottega Veneta, the Row as accessories-led businesses.

“It’s smart and definitely working for us this season.”

According to von der Goltz, Net customers can’t get enough of a classic accessory from a luxury megabrand: Net has sold more than 15,000 Gucci double-G Marmont belts since the style’s launch; Loewe has grown 115 percent over the past 12 months, while Bottega Veneta soared 500 percent in the same period.

The retailer’s bulk order of 2,000 chain and mesh pumps was sold out via personal shopping reservations. The shoes never even had a chance to launch online.

For spring, Net will delve even further into luxury accessories and has also bought into clean, saddle-bag styles from the likes of Yves Saint Laurent, Valentino and Loewe; The Row’s elevated version of the Teva sandal in leather; Valentino’s gladiator sandal styles, as well as exclusive pairs from Proenza Schouler’s collaboration with Birkenstock. 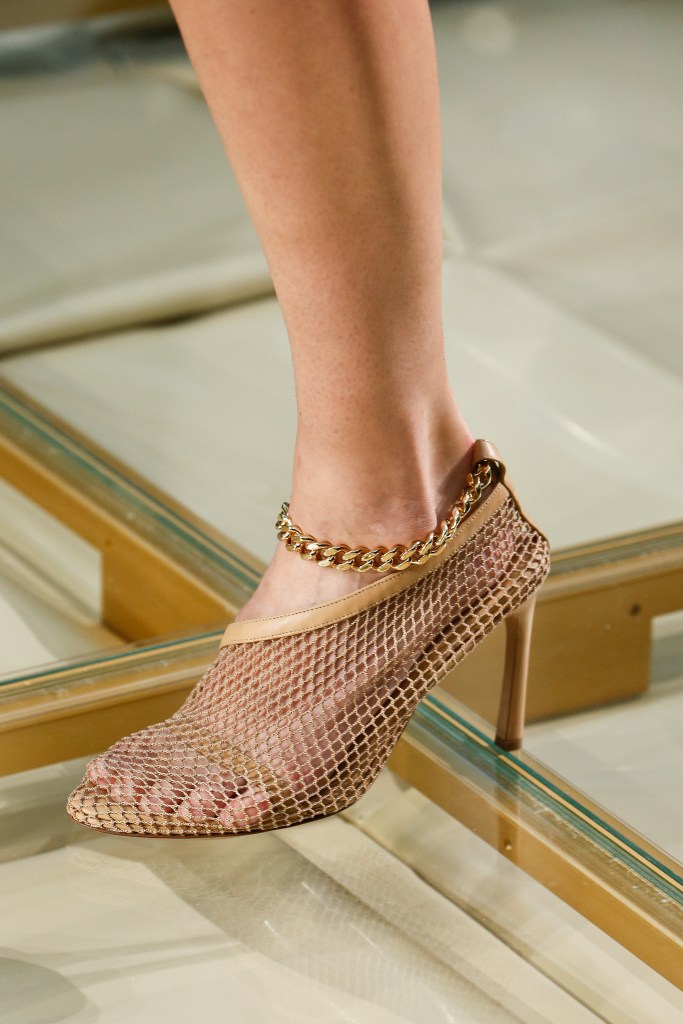 The contemporary market will still maintain its own relevance, said von der Goltz, adding that Net’s strategy for the sector is to get buzzy, direct-to-consumer brands on board, which are not distributed at other retailers. This year it began working with the likes of Maison Cléo and The Frankie Shop. For spring it will bring on Casa Blanca, which will produce a collection of luxe silk Hawaiian shirts for the retailer, and Avavav Firenze, which is known for its contemporary-priced, ruffled dresses.

Growing its Net Sustain platform has been another focus for the retailer, which plans to introduce 45 new sustainable fashion labels. The site will also offer 18 exclusive capsules highlighting wardrobe classics and the idea of buying “forever” pieces that can be restyled in many ways. A clean beauty category is also in the works.

“Each individual product will be vetted and will fit within defined criteria, from materials and processes to reducing waste in the supply chain. We will also be adding new categories in beauty such as vegan,” added von der Goltz of the brands on the Net Sustain platform.

While megabrands may have returned to domination, scouting new talent on a global scale is also a priority for Net. That’s why it has partnered with Netflix on its upcoming “Next in Fashion” competition series presented by Alexa Chung. The winning brand will have the opportunity to launch on Net-a-porter.

“It’s another exciting way for us to be supportive and committed to nurturing emerging talent,” said von der Goltz.

The company’s Vanguard program for supporting young talent is still going strong, with new participants to be announced early next year. The young brands performing the best for the retailer are Peter Do, as well as New York-based Khaite, which grew 100 and 170 percent respectively over the last year.

The Best Accessories From the Spring 2020 Paris Catwalks