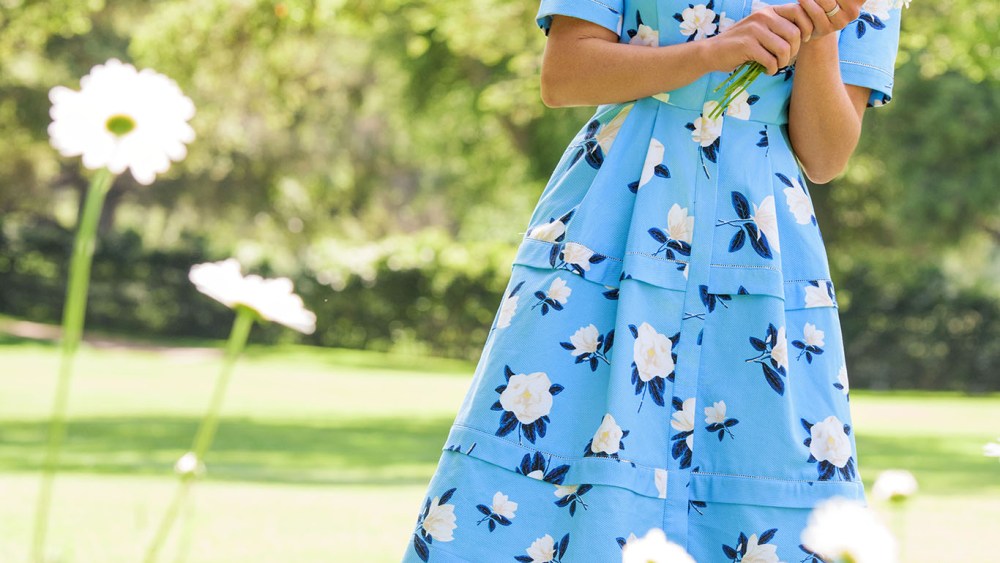 Net-a-porter prides itself on its exclusive capsule collections, investing in them in an increasingly frequent and broad way. To that end, coming May 10 is a summer capsule collection from Draper James, the Southern-inspired lifestyle brand launched by Reese Witherspoon in 2015.

“The inspiration was a summer garden party, with all the dresses you end up buying in the summer to go to weddings and in the South to go to steeple chases,” said Witherspoon, noting she was originally connected to Net-a-porter through Sarah Rutson, the company’s former vice president of global buying. “They were looking to connect their customer to price points that were really great for us, as well.”

Draper James’ wholesome, preppy-ish aesthetic and friendly prices are a bit of a departure for Net-a-porter, which pushes advanced fashion and luxury brands hard. Prices of the capsule start at $150 and the collection consists of dresses, tops, A-line skirts, jumpsuits with a focus on pastels and magnolia and gingham prints, as well as straw bags.

“Draper James has perfected easy summer dressing with a charmingly feminine aesthetic. It offers something new and different to the Net-a-porter customer, which we are always looking for, as well as opening us up to a new audience,” said Lisa Aiken, Net-a-porter’s retail fashion director, noting the collection is intended as high summer and vacation dressing. “Reese was very involved in the development of this collection, so much in fact that she would Skype in for our design meetings. We took what Draper James was doing with their existing collection and gave it that Net-a-porter spin by dropping hem lengths, exaggerating sleeves, offering off the shoulder necklines and simplifying the print. In essence it’s what Draper James was doing and adding a little bit of a fashion twist.”

If the capsule is opening Net-a-porter up to a new audience, it’s doing the same for Draper James. The collection is the brand’s first foray into wholesale. Witherspoon noted that the label will be launching with Nordstrom next and also has two of its own new stores coming, in Atlanta and Kentucky, bringing its retail network to four stores.

“We’re connecting to customers through that idea that fashion doesn’t have to just be in New York and L.A.,” said Witherspoon. “It’s actually all over the country.”

Over the past few years, Net-a-porter has launched many high-profile luxury e-commerce exclusives, including Chanel Coco Crush jewelry, Gucci, and most recently Cartier. But it’s also gone the more diplomatic, celebrity route with a capsule of Sarah Jessica Parker’s SJP shoe line. Witherspoon didn’t name her collection after herself, but Aiken believes the customer is aware of the connection.

“Reese was very clever in not naming the brand after herself, but she has been very active in promoting it in a transparent way. She shares many of the looks on her social media, which quickly sell out once customers see that she is wearing it,” said Aiken. “She is heavily involved in the design process, so it is very much a brand for women like her.”

That said, fame isn’t the only factor here. “There are a lot of celebrities with their own collections, but ultimately it’s whether the product stands for itself,” said Aiken. “Customers are savvy and aware. They may be influenced by the celebrity, but if the product isn’t good, they are not going to buy it.”