New Balance Sprinting With Apparel at 100

After 100 years in the athletic business, New Balance sees apparel as key to its growth. 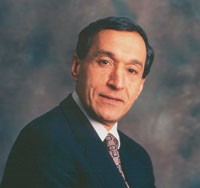 NEW YORK — After 100 years in the athletic business, New Balance sees apparel as key to its growth.

“We think apparel is where we have the greatest opportunity now,” chairman and chief executive officer Jim Davis said. “It is an embarrassingly small part of our business, and we feel we have a lot of potential there.”

The Boston firm had sales of $1.5 billion last year, of which only about $30 million was in apparel.

“Our goal is for apparel to become about 10 to 12 percent of the business by 2008, and in the longer range, ideally, it would be more than that,” Davis said.

New Balance is at a notable cusp in its history. Founded in 1906 in Boston, the company is known as a steady giant in the athletic industry.

“If you want sizzle, you go to another brand, but if you want something you know will be good, you come to us,” Davis said.

In a sector dominated by global public giants such as Nike, Adidas, Asics and Puma, New Balance is one of the few remaining large privately held companies.

“We don’t have the pressure to grow that other firms have,” he said. “Not being a public company gives us the ability to focus on our long-term goals.”

While New Balance could be seen as a takeover target with its strong brand name and financial growth, Davis said, “We have no plans to be acquired.”

The company has a history few other American athletic brands can match. Founded by English immigrant William Riley, New Balance for many years was focused primarily on running shoes and was among the first to offer extra-wide styles.

Davis bought the company in 1972 from descendents of the founders and has been at the helm ever since. Under his direction, the company expanded dramatically, eventually introducing apparel and a wide range of shoes for walking, basketball and trail running. Davis runs the company with his wife, Anne, whom he met when she joined the company in 1977 as a personnel manager.

New Balance has had its share of ups and downs, and faced a severe downturn in the Eighties when the company saw demand slide, had cash flow problems and was unable to deliver products in a timely manner. The company closed plants, sought new lenders and stripped itself back to many of its core categories. In the last decade or so, the company returned to financial health and reestablished itself in the sector.

This story first appeared in the March 16, 2006 issue of WWD. Subscribe Today.

Now New Balance is readying for its next phase of growth, aiming to grow apparel, improve manufacturing and expand internationally, all while maintaining a high level of customer service.

Many credit the company’s long-term success to Davis, now 62, who is seen as a modest manager who prizes loyalty. In the interview, he pointed to the longevity of many New Balance employees; for example, the members of the company’s executive team all have been with the company for more than 10 years.

Davis also admits his shortcomings. When asked why the company hasn’t done more with apparel in the past, he said simply, “It’s been poor management on my part.”

New Balance until two years ago had a licensor for apparel, but now it is making products in-house.

“We are really focusing on the product now,” said Nancy Coons, general manager of apparel, who started at New Balance about a year ago, after working at Oakley and other firms. “We have pared down the collection and tightened up our assortment. We have gotten rid of a lot of the fluff.”

She said the apparel business has been reorganized and the company now segments it into three categories: running, fitness and team apparel, of which running is the largest segment. In recent years, New Balance has sought to bring more fashion into its apparel, with brighter colors and silhouettes that can cross over from high-impact sports to more low-key activities.

Coons said best-selling apparel items for the company now include bra tops, as well as a polyester running shirt for men and women that is available in a variety of colors. The apparel business is evenly split between men’s and women’s, she noted.

For fall, New Balance is introducing some higher-priced items, including a soft shell jacket that retails for about $130.

“We feel we have more opportunities in higher price points,” she said. “We have worked hard to improve the quality of our offerings and we have more statement pieces now.”

She said the company has also worked hard to focus on fit, and has started offering more products that have a fuller silhouette that can be worn by women of different shapes and ages. At the same time, it is working to differentiate its products from other companies’ by creating special looks, such as “phantom pants” for running that are designed to feel weightless.

In footwear, it has been developing high-tech styles that reflect market trends; Nike and Adidas also recently have introduced high-performance footwear designs with high price tags. New Balance also has been devoting more resources to create products specifically for women.

Davis said he thinks one key to the company’s success is its decision to keep some domestic manufacturing. While few large athletic companies are doing any significant manufacturing in the U.S. anymore, New Balance does about 25 percent of its manufacturing here and has instituted lean sourcing processes to remain competitive with foreign producers. That figure refers to footwear, since none of the apparel is made in this country.

“It gives us better control to have some production domestically,” Davis said.

Another large growth opportunity is in the international arena. The company generated about $500 million in sales last year in Europe and Japan. New Balance is targeting South America, China, South Korea and India.

While athletic firms such as Champion, Danskin and even Nike now have products in the mass channel, New Balance has no plans to expand in that direction, and is keeping its distribution in the channels in which it has found success, namely specialty sport chains like Foot Locker and Finish line, as well as family shoe stores and some specialty chains, including Nordstrom.

New Balance has sought other paths for growth and has quietly been on its own acquisition trail. In recent years, it has snapped up Dunham, an outdoor brand, as well as PF Flyers and Warrior Lacrosse. It has been expanding through licensing, and now has products in categories such as watches, bags and outerwear. All of these items, however, are rooted in performance.

“Even though we have added more lifestyle items, we don’t like to say we are a lifestyle brand,” Davis said. “If you are going to run a marathon, we want New Balance to be top of mind.”