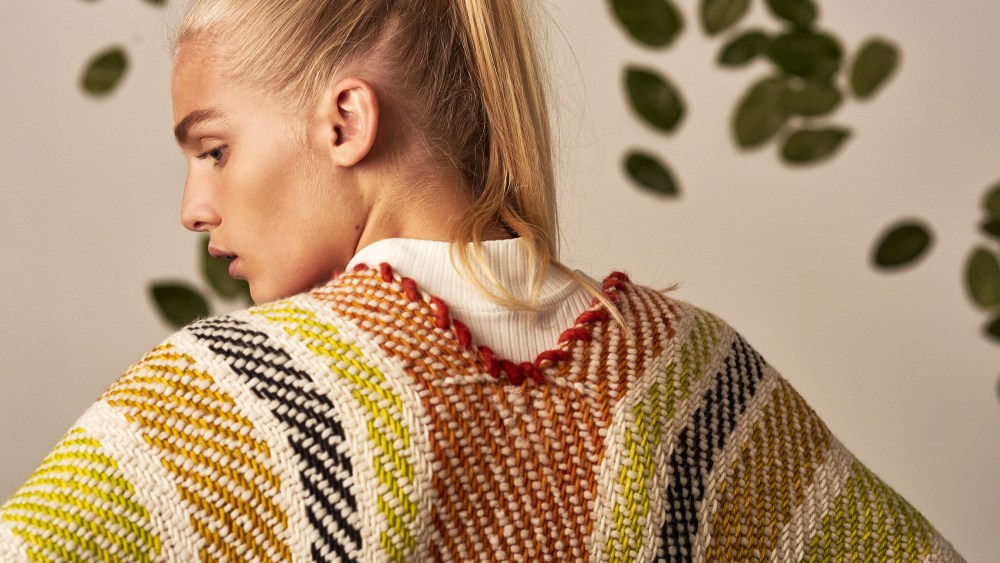 Gesine Holschuh never set out to work in fashion.

The Hamburg native was a former business consultant with an engineering degree and an interest in social entrepreneurship. During a series of trips to South America, Holschuh became inspired when she visited a few women’s weaving collectives throughout the region.

Growing up, Holschuh said she would hand-knit sweaters during school when she was bored so the female weavers piqued her interest. “I decided I wanted to do something and I started working with some cooperatives there,” she said. “I wanted to respect [the artisans’] traditional craftsmanship but with more wearable designs.”

Holschuh tapped her friend, Marine Halna du Fretay, a designer who worked in the women’s ready-to-wear department of Hermès for more than 20 years, to help her adapt the weavers’ skills and styles to a more modern, European sensibility.

Fast forward to the first Wehve collection, which Holschuh, who is based in Brussels, launched more than two years ago. “It immediately got into nice stores — some really great stores in Europe,” she said. “And then, all of a sudden, I was working in fashion.”

Six seasons later, Halna du Fretay continues to consult on Wehve’s designs with Holschuh. Made entirely in Peru and Uruguay, the collection’s colorful, hand-loomed blanket wraps and ponchos are made from organically raised and harvested merino wool and baby alpaca combined with silks and linens. The pieces feature bright, kettle-dyed colors; fringe and leather trims, and graphic geometric patterns.

A few of the silhouettes have arm holes, but most of Wehve’s capes and cardigans are meant to drape effortlessly over the shoulders. “Weaving has its limitations. I couldn’t make a tightly fitted dress, nor would I want to,” she said. “I want to make something well-made with a good mentality behind it. [The shapes] aren’t complicated in design, but it’s something a little different to wear….It’s a bit of a statement, perfect for traveling on planes.”

The collection averages from about $450 to $550, with accessories, such as scarves and hats, retailing for a bit less. Wehve is stocked in 70 boutiques worldwide, including Isetan in Tokyo, Grethen House in Minnesota, Graanmarkt 13 in Antwerp and is also available for purchase at Wehve.com.