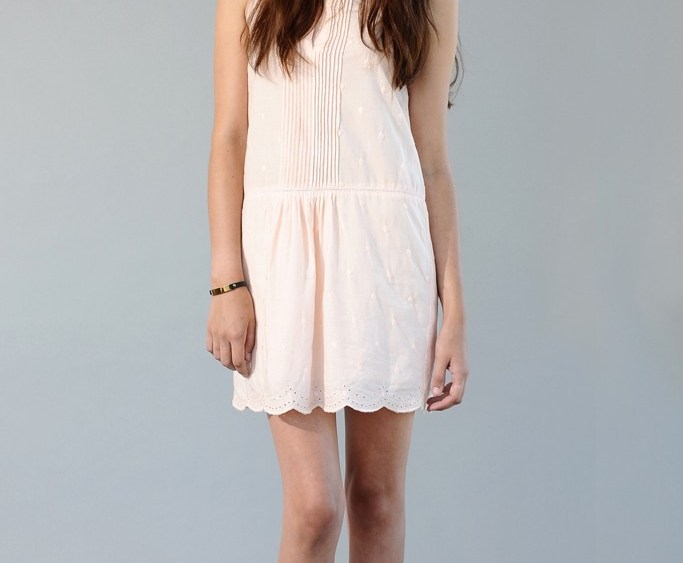 LOS ANGELES — When a New York-based English designer shifts gears to raise two children in Laurel Canyon, chances are she’s going to need a new wardrobe. Enter St. Roche, the Los Angeles-based label created by designer Sue Stemp and her husband, Paud Roche. Launching in November for resort 2015 on its own e-commerce site, St. Roche is meant to be the versatile, affordable, feminine and sustainably produced line that women like Stemp are seeking. And with a hefty designer résumé, which includes stints at Daryl K, Tocca and Juicy Couture, not to mention a Brit cool-kid pack of bold-face-named friends, Stemp is far from your average fledgling designer.

The line is produced in India and L.A., with each piece — 33 for spring — retailing for under $300. Made from organic cotton voile and washed silk, the spring collection, which begins wholesaling at market this week (repped by Fiftytwo Showroom in New York), features Seventies-inspired daywear silhouettes such as wrap skirts, slim track pants and a shorts jumpsuit. There are also Sixties-style shift dresses, a luxe hooded poncho and several off-the-shoulder looks.

Stemp works with two family-run clothing manufacturers in India, both chosen for their ethical labor practices, to produce the pieces using traditional Indian embroidery techniques. The designer adds a non-traditional spin by combining her English sensibility with her new boho surroundings. A morning glory embroidery motif, for example, is used on a dip-dyed dress and kimono (Stemp worked with a local solar-powered dye house using environmentally friendly dying techniques). Another zigzag pattern meant to mimic the “stripe” on a classic Breton top, is borrowed from Japanese Sashiko folk stitching, a decorative form of reenforcement and mending.

While the clean silhouettes will change from season to season, Stemp plans to feature a woven cotton T-shirt — her hand-crafted version of a classic rock/graphic T — each season. The resort version features an “I [heart] LA” logo with a palm tree, while her spring designs include an English rose, a rainbow-manicured hand giving the peace sign, antlers and a horse head with an ombré main. “I’m constantly inspired by nature and my Laurel Canyon studio surroundings,” said Stemp, adding that the collection “travels well and transcends seasons.”

A native of Burnham-on-Crouch, England, just outside London, she graduated from the University of East London with a fashion design degree. Her first job, at British label Ghost, brought her to New York in 1995, where she met fellow designer Daryl Kerrigan and became one of the first employees at Daryl K (the two are still friends, and Kerrigan introduced Stemp to Roche). Stemp’s next stint was at Tocca, where she worked as a designer for creative director Alex White. Along the way, Stemp worked as a designer researcher for the late Alexander McQueen (a longtime friend), specifically on his Hitchcock and American Indian-themed collections. In 2005, she launched her namesake label, which showed during New York Fashion Week and garnered a following among friends like Kate Moss. Her marriage and a job offer in 2009 from Pamela Skaist-Levy and Gela Nash-Taylor of Juicy Couture led Stemp to shutter her line and move to L.A. (she stayed at Juicy until the founders exited the company in 2010).

Stemp then sought a new design venture, so she and Roche (he handles business development and production) combined their names and launched the new label. “I didn’t want it to be too precious,” she said. “It’s meant to be chic but also lived in.”