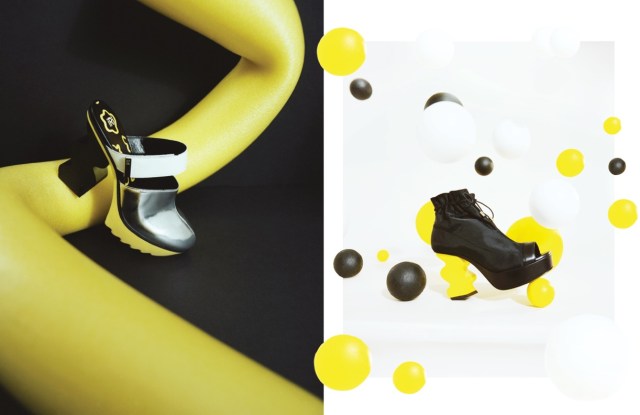 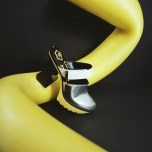 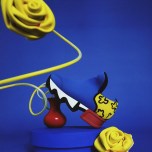 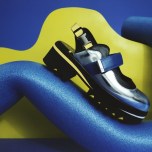 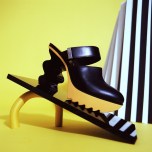 “We want to deliver a feeling of happiness and style to people,” designer Janet Yeung explained about her new-to-market footwear brand, Iri.

Iri was originated in 2016 by cofounders Yeung, who serves as the brand’s creative director, and Latif Nawab, and is based in New York. Yeung was brought up in South Korea and Hong Kong and before creating Iri, graduated from The New School’s Parsons School of Design and designed for Marc by Marc Jacobs and Steven Alan. Nawab has over 10 years experience within the fashion industry, having worked in retail in London and moved to New York, where he developed international and domestic wholesale businesses for the likes of Tim Hamilton and Waris Ahluwalia. The two met through mutual friends in November of 2016 and although neither had professional experience in the footwear industry, took the leap and went into business together.

The brand’s inspiration is based around Yeung’s grandmother’s three most important ideas to live by: “[Having] positivity, optimism and living life with joy.” The word “Iri” stands for a town in South Korea where both Yeung and her maternal grandmother were born, creating a full-circle story with the brand. Yeung plans to concept each season around a moment between Yeung and her grandmother. The summer collection’s modernized concept revolves around going to picnics as a child — with nylon tech booties with elastic drawstring that pay homage to picnic bags. “We believe in creating valuable and optimistic experiences. At the same time, everything we do is energetic, playful and optimistic but delivered in a cool, modern way,” explained Nawab at the brand’s downtown studio. Iri’s aesthetic is modern, street-wise and playful, catered to the cool city girl who isn’t afraid to wear a pop of color.

Adopting the see-now-buy-now model, collections are available to purchase in season. Summer styles are available now, with fall following in August and winter styles in November. Iri’s shoes range from $297 to $422 and are available on the brand’s newly launched e-commerce site, irinyc.com, with plans to open up wholesale throughout 2017. The collection includes 12 styles, ranging from modernized leather high-tops and Neoprene sneakers to calfskin derbys and heels. Each pair is 100 percent crafted in Italy and includes custom wavy soles and heels and a signature “fried egg” print.