Drawing exclusively from the Westminster Menswear Archive, the exhibition features around 170 fashion garments from the last 120 years.

LONDON — The Ambika P3, a hidden underground space opposite Baker Street Station, has been transformed into an exhibition space for “Invisible Men,” which showcases 170 predominantly British fashion garments from the last 120 years.

The show, which draws exclusively from the University of Westminster Menswear Archive, opened on Friday and will run until Nov. 24 from Wednesday to Sunday.

The early works of Alexander McQueen from 1997 to 1999 and C.P. Company’s urban protection range, which was introduced in 1998 and was considered highly influential to a generation of men’s wear designers, have their own dedicated section. 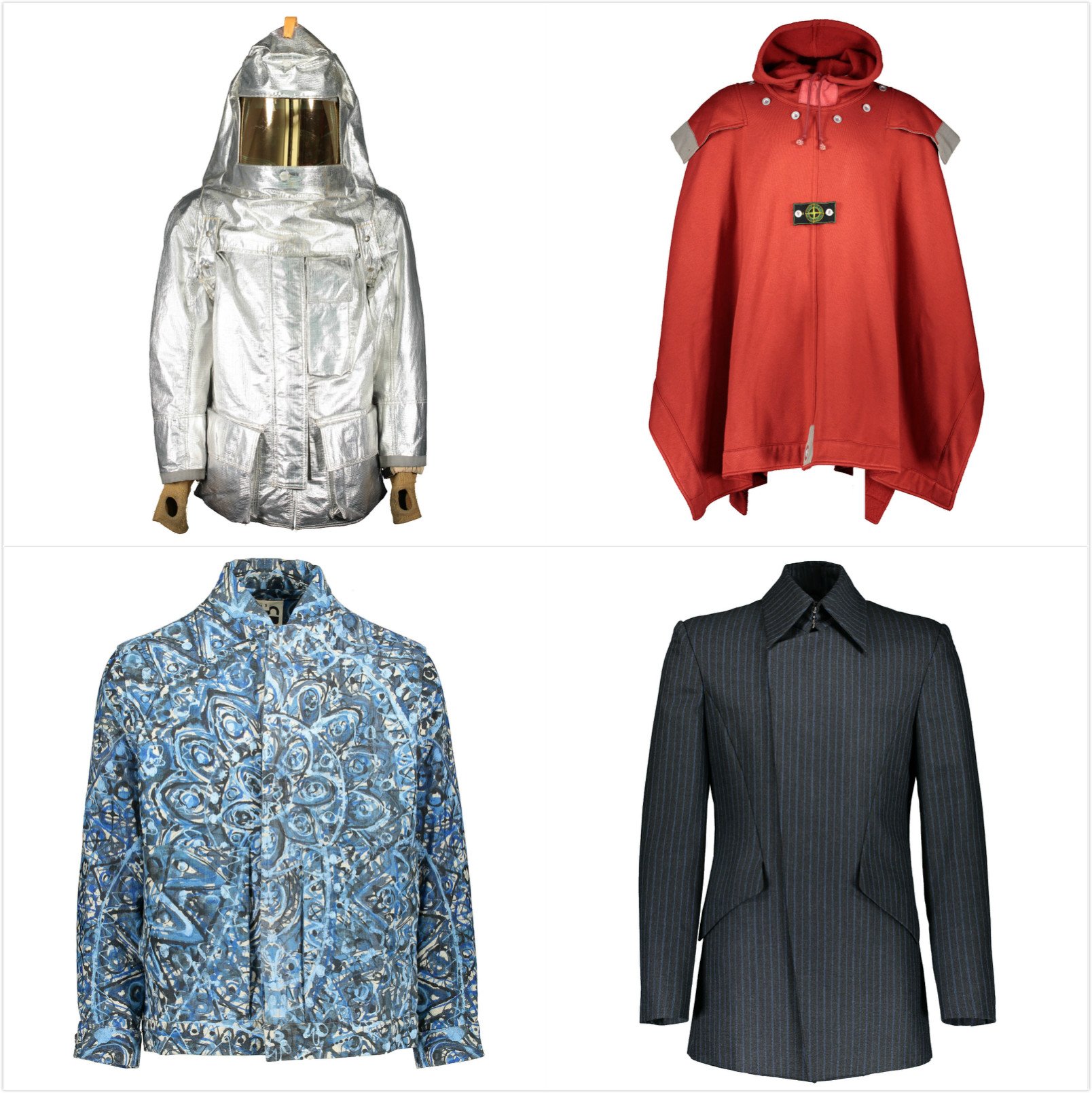 Technology in fashion also plays a significant role in the exhibition.

Key garments on display include a C.P. Company and Sony collaboration garment from 1999. It has an integrated Sony Discman, the most advanced portable music player available at the time.

Also on display is a touch-sensitive denim signature jacket from a recent collaboration between Levi’s and Google. Jacquard threads have been integrated into the sleeves which connect to the wearer’s device, letting them know about incoming information, such as a phone call, via a light and haptic feedback.

Andrew Groves, co-curator of the exhibition, said he wanted to tell the “untold story” of men’s wear. “Both in museums of the decorative arts or dedicated fashion museums, men’s wear is significantly under-represented. Despite the explosion in fashion exhibitions in recent years, men’s wear is still marginalized or excluded from the history of dress. Its inclusion often framed in the well-worn tropes of the ‘dandy’ or ‘peacock,'” he said.

“This exhibition will allow the public to see highlights from the collection, most of which have never been on public display before. I am also hopeful that it will lead to other institutions and museums to address the history of men’s wear in a more meaningful way, and to give it the prominence that it deserves within their exhibition programs,” added Groves.

Danielle Sprecher, co-curator, added: “This exhibition showcases the strength and diversity of the Westminster Menswear Archive collection and its significance as an educational and research resource. By giving our students the opportunity to study original garments, the collection feeds their creativity and design knowledge.”

As part of the “Invisible Men” exhibition, there will also be a series of talks with Lorenzo Osti and Moreno Ferrari of C.P. Company and Stone Island; Samuel Ross from A-Cold-Wall* and Aitor Throup in the coming weeks.