The New Face of Carolina Herrera Is a ‘Mad Max’ Girl 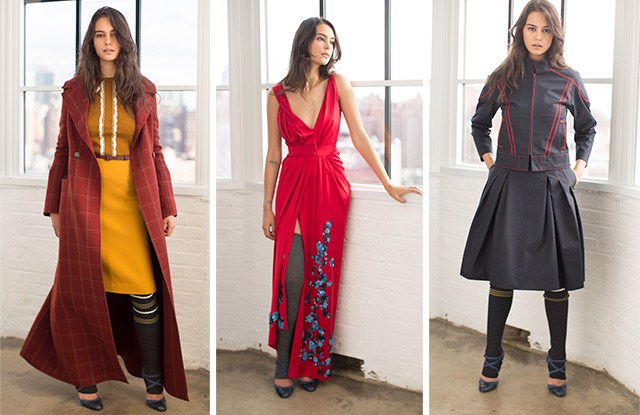 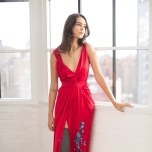 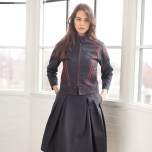 It was crowded at Carolina Herrera’s pre-fall look-book shoot, held Friday at Hudson Studios in Manhattan. “Well staffed” is how one person on set put it. In addition to Herrera, her public relations team, two photographers, a stylist, dressers, video crew and various other miscellaneous deck hands, three models were being shot plus one model-actress, Courtney Eaton, whose career began last year with a role in “Mad Max: Fury Road.”

“The three girls are for the look book, Courtney is for press,” said Herrera. “Courtney is a different idea.…She is the girl of today and people want to see somebody they relate to from television and film. Because of the digital world, everybody knows everything.” This is the second time Herrera has cast a fresh young actress for a pre-collection campaign. Kiernan Shipka was the face of resort, appearing in photos used on the brand’s social and digital channels, as will happen with Eaton’s portfolio. “For the media, it’s very important that it isn’t always the same,” said Herrera.

If the pre-fall campaign follows the same strategy as resort, Shipka and Eaton have very different looks, the former a wholesome, all-American blond; the latter, an exotic Australian bombshell, who, at 20, exuded the glamour and poise to pull off the collection’s adult sophistication.

Haute society girl and famous Art Deco painter Tamara Lempicka was Herrera’s muse, her glamorous personal style and the richly vivid colors of her paintings channeled into the clothes — tailoring for day; vampy gowns in saturated tones for evening. After a few seasons dialing up youthful polish, Herrera returned to resolute courtliness. Men’s wear plaids were cut into day dresses, suits and striking maxicoats. Satin crepe and devore siren gowns came in the saturated shades of lipstick red, chartreuse, green and teal of Lempicka’s canvases. Herrera styled the looks with ribbed thigh-high, footless tights — she was adamant that they were not leg warmers — with sporty stripes to temper the grand attitude with a casual touch.

Eaton, who played Cheedo the Fragile in “Mad Max: Fury Road,” looked perfectly comfortable posing in a red gown with blue floral embroidery. As Herrera pointed out, “sometimes actresses are too short or small, but she fits the clothes.”

There’s a bit of modeling on Eaton’s slim but growing résumé. “’Mad Max’ was my first break in anything,” she said. “I didn’t desire to do acting. I was kind of shy at school, and then George Miller, the film’s director, found me and asked me to do an audition tape. I just fell into it. I definitely have been incredibly lucky for that to be my first stepping stone.”

She’s since appeared in “Gods of Egypt” and “Status Update,” a film she said has a “’Seventeen Again’ vibe” is forthcoming, as well as “a bunch of new stuff I really want to talk about but I can’t talk about,” said Eaton, cuing her publicist to chime in: “If only deals were closed.”