Oh, to be a Bright Young Thing in 1978! André Leon Talley rang in 1979 with Truman Capote, Halston, Carolina Herrera and Diana Ross at a Studio 54 bash. 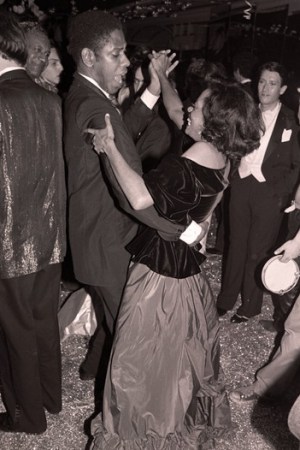 Oh, to be a Bright Young Thing in 1978! Case in point: André Leon Talley, who rang in 1979 with Truman Capote, Halston, Reinaldo and Carolina Herrera, Paloma Picasso and Diana Ross at a festive bash at glam haunt Studio 54. Of the scene, WWD quipped: “At least five of the celebrants passed out and one wobbly legged woman, in retro gear but sans barf bag, just made it to the gutter outside Studio 54 in New York during a New Year’s blast that mixed bedlam with scenes out of Bellevue.” And while our reporter Mary Reinholz noted that Ross “did a convincing dance of wild sexual abandon, to the applause of a group of gay admirers,” she failed to mention the calamity that ensued — that is, when the featherweight Ms. Ross slipped on the glitter-covered floor, nearly taking down her towering dance partner, Talley. Luckily, we caught the whole mishegas, as well as some other great moments, on film.