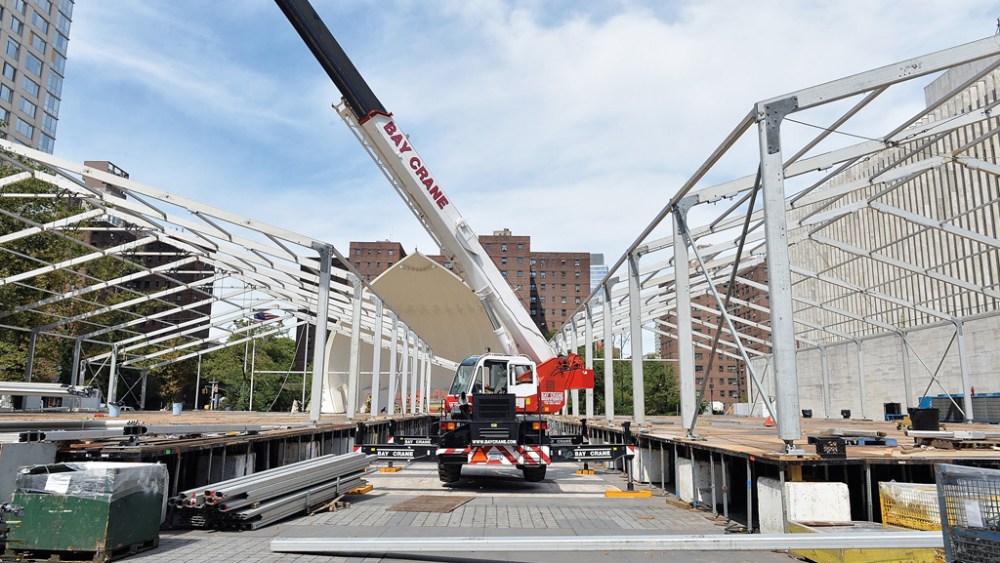 East Side, West Side, all around the town—where New York’s fashion week will end up is still a mystery.

Showgoers bid adieu to Lincoln Center in February, as the West Side space wrapped up five years as the home of Mercedes-Benz Fashion Week. But even before show organizer WME/IMG’s contract with the venue wasn’t renewed, many designers had become disenchanted with the tents’ commercially overheated atmosphere and had already decamped to other locations. Spring Studios, Park Avenue Armory, ArtBeam, Vanderbilt Hall at Grand Central Terminal, Skylight Modern and even the Duggal Greenhouse at the Brooklyn Navy Yard were among this season’s venues.

Before Lincoln Center, the shows were centralized in Bryant Park for 17 years.

This season, showgoers found themselves traipsing all over town and between boroughs, often spending more time stuck in traffic than at actual shows.

So where to next? Though as yet undecided, top choices appear to be Skylight at Moynihan Station in the post office at 360 West 33rd Street; Skylight Clarkson Sq, a 70,000-square-foot ground-level space at 550 Washington Street in west SoHo, or a third option of erecting a tent on a pier in TriBeCa, sources said.

WME/IMG, which recently acquired its chief rival, Made Fashion Week, was still mum at press time. The group noted Mercedes-Benz has pulled out as the title sponsor of NYFW.

Ultimately, the New York shows are expected to move to the Culture Shed, which is part of the Hudson Yards Redevelopment Project. While the completion date was initially projected around 2017, informed sources indicated that’s way off and it will take much longer—possibly till 2019 or later—to finish the project.

Still, the city remains committed to the industry. On the eve of NYFW, Mayor Bill de Blasio said the government would triple its current investment to $15 million from $5 million. He outlined new and enhanced programs that are expected to directly support and spotlight manufacturers, emerging designers and students in the city.

“Fashion week has become something extraordinary for the energy, the artistry, the glitz and glamour. This industry is more vital than ever and employs 180,000 people. That,” the mayor told the crowd at Milk Studios, “is a lot of people. It pays $11 billion in wages and generates $2 billion in tax revenue annually. We say thank you. Fashion Week attracts people from all over the world, and makes us even more of a capital and generates over $900 million for the city.”