The fashion spotlight could shine on New York in 2008 more so than it has in recent memory. 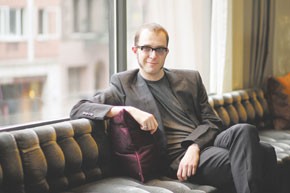 The fashion spotlight could shine on New York in 2008 more so than it has in recent memory.

As designers such as Ralph Lauren, Oscar de la Renta, Marc Jacobs (see related story) and Calvin Klein continue to expand globally, there’s also an ongoing interest in the city’s young talent for collaborations with retailers like Target and for top design jobs at European houses. Meanwhile, private equity funds continue to be smitten with the allure of fashion, forking out cash to help designers grow their businesses.

Halston was bought by The Weinstein Co. and Hilco Consumer Capital last March. Entertainment mogul Harvey Weinstein’s involvement, along with that of Tamara Mellon, who turned Jimmy Choo into a luxury brand, and Hollywood stylist Rachel Zoe, has generated a lot of buzz for this relaunch. Under president and chief executive officer Bonnie Takhar and creative director Marco Zanini, the plan is to build a leading fashion and luxury brand with clothing, handbags and shoes.

“I wish to bring back that sense of glamour and refinement that is still so contemporary to me,” Zanini, a Versace alum, told WWD in July.

Meanwhile, Peter Som will do his part to try to update Bill Blass, having been tapped as the creative director of its women’s division last July. Since the late Blass retired in 1999, the house had gone through three designers and, along the way, lost some of its fashion relevance. Som’s mandate is to finally bring the house into this century and he will show his full vision on his first runway outing in February.

It is also worth watching how several designers who sold a stake in their businesses or signed collaboration deals this year will grow their businesses in 2008. For some of these designers, the much-needed cash will help them move from emerging talent to establishment.

Som, for instance, sold a majority stake of his own firm to NRDC Equity Partners, the owner of Lord & Taylor, last September and is expected to expand his business next year.

“We are really focused on continuing to build our current retail distribution, which has been very loyal to us, and continuing to build the women’s line into a true lifestyle brand,” he told WWD at the time of the NRDC acquisition. “We are definitely looking to expand into other areas in women’s products, and home, but for now the growth of our business in women’s apparel is strong and we’re really focusing on that. Essentially, our company is going to be run the same way as it has.”

Narciso Rodriguez, who sold a 50 percent stake in his business to Liz Claiborne Inc. in May, is expected to grow his wholesale network and make a real push into accessories and other fashion-related items. Proenza Schouler’s Lazaro Hernandez and Jack McCollough, who sold a stake in their business to Valentino Fashion Group last July, are looking to profit from VFG’s leverage with fabric mills, and it is expected they too will step up their accessories assortment and possibly open their first freestanding store.

In addition, Rachel Roy is expected to open freestanding retail and add accessories lines after selling a stake to investment fund TSM Capital last month. Adam Lippes, who found investors in Marty Wikstrom and Dawn Mello’s Richemont-backed Atelier Fund in February, recently opened his first freestanding store and has said he would like to open more in the future.