Ten tireless showgoers at New York Fashion Week share what they thought about the shows. 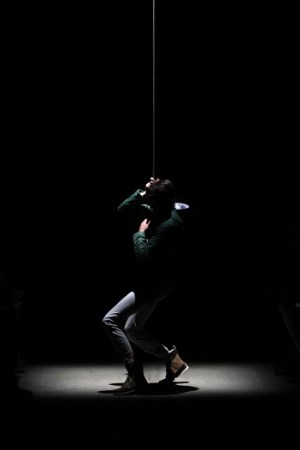 The fashion focus may have shifted to Milan, but attendees at New York Fashion Week felt encouraged by the season for a variety of reasons.

The abundance of live streaming, more individualistic runway shows, charity-minded designers, insider-ish tweets, chief executive-heavy front rows and cordial security guards were among the numerous upsides they discovered at Lincoln Center and beyond. While it goes without saying they are sure to spot unfinished hemlines and wayward collars, they seem to be just as detail-minded about other intangibles. Whether it was Band of Outsiders’ models rappelling from the ceiling or Hexa by Kuho’s catwalkers shadow dancing, New York designers tried to break from the predictable to make guests take a closer look. And collectively, that resonated with many.

As image maker Trey Laird said, “Sometimes it feels that New York gets dinged because Paris has much more of a sense of theater or drama. But this season a lot of New York designers brought that too.”

While it goes without saying that business is challenging — a now common refrain from one season to the next — “People weren’t focused on that as much. They are looking forward,” he said.

And if they so choose, as more than a few weary ones have done, they can catch every runway turn in their living room or in their office. As Purple’s Paula Goldstein said earlier on during New York Fashion Week, “The conversation that flowed outside a show today jokingly was ‘If you haven’t got front row maybe you’re better off watching the live stream from bed?’”

Goldstein said she doesn’t agree, but she noted it does mean each live-streamed show has a chance to be seen as equally as its peers by everyone. “This is really an important and exciting support for the brands who maybe do not have as much of a following and also allowing the big players to really push the hype of the show in a new way to a new audience,” she said.

Here, a sampling of what 10 tireless showgoers at New York Fashion Week thought about the shows:

Simon Collins, dean of fashion for Parsons The New School for Design:
“There were more ceos and less celebs in the front row. And more designers were keen to fill the back row with students to inspire them. Oscar de la Renta, Carlos Miele, Richard Chai and Doo.Ri [Chung] all offered a generous amount of tickets to our students.

“There was also increased innovation: the success of Fashion GPS, as well as creative locations and staging — the Hexa by Kuho show at the Armory really stands out as a marvelous example of this.”

Trey Laird, president and executive creative officer of Laird + Partners:
“Some designers really found their own DNA and vision not only in their lines but how they showed their collections. It seemed like there was a growing confidence in a number of American designers having their emergence. Alexander Wang certainly showed that in his clothes but also in his staging and music. The opening of Band of Outsiders’ show with models rappelling was like theater or an art installation.”

Steven Kolb, executive director of the CFDA:
“It seemed the economic dark cloud that hovered over past seasons had lifted. Both on the runway and alongside it, people were embracing fashion with more innovation and ideas. It also seemed as if fashion was full force using social media and technology.”

Paula Goldstein, creative director of digital products for Purple:
“My number-one [choice] would be live streaming’s growth — 33 shows aired on the New York Fashion Week site, and London Fashion Week followed up by streaming 40 — a huge percentage of it is on schedule with the actual shows.

“I think fashion film has also found its feet more and more. My particular favorite in New York this season was the animation by Olympia Le-Tan and Spike Jonze — a love story straight from the books that inspire Olympia’s bags — to understand it more it needs to be seen. [The short will be screened March 6 at Shakespeare & Co. in Paris where it was shot during the designer’s fall presentation. It will be posted on the designer’s site at a later date.] Love goes to Waris [Ahluwalia] and his cheeky [customized under] pants for Yoox, Karen Elson’s accompaniment to the launch, and to Suno’s Max Osterweis, and Warby Parker, who for every pair of sunglasses sold will provide a prescription pair to someone desperately in need of them.”

Linda Fargo, senior vice president, fashion office and store presentation, Bergdorf Goodman:
“What’s most remarkable is the vibrant tier of young designers who have created a new and viable niche in the business. They straddle the gap between contemporary and designer. Their work is rich with design innovation and integrity and yet are accessible and not preciously priced. Its a powerful combination and uniquely American. Think: Rag and Bone, Phillip Lim, Alexander Wang, Theyskens Theory, Vena Cava, Adam, DVF, Kelly Wearstler.”

Rebecca Lowthorpe, fashion features director for British Elle:
“New York turned out to be something of a revelation as I haven’t been for three seasons and my, how things have changed. There is the influx of Asian-American designers — so young, so business focused and have something to say. Plus, there is the rise of the American contemporary brand — Philip Lim, Alexander Wang, etc. who are making good fashion at a price mere mortals can afford.

“A personal revelation [for me] is Twitter. It is addictive. It is being totally plugged in — not just knowing when shows are about to start and speedy witty summations of trends but knowing what’s happening in the wider world instantly — Libya, Egypt, New Zealand earthquake…”

Jenne Lombardo, The Terminal Presents, director/curator, MAC & Milk:
“The new generation of designers are strategically utilizing every medium available to communicate their message and their culture. More than anything there is an eagerness from designers and a demand from customers to shop the current collection and buy now.”

Roopal Patel, senior market accessories fashion editor for Neiman Marcus:
“The whole social media phenomenon has been with us for a while but this season in particular it went into full overdrive. It was leading the way in terms of how we were looking at shows and how much information was getting out. With Twitter you could see immediately what editors were thinking about a particular show and see what your competition is thinking at the same time.

“We launched Neiman Marcus Daily, a blog. Tumblr sent 24 bloggers to the show and we hosted a dinner for them. They were so fascinated by what we do, but I think we were more fascinated to understand their world and what their followers think.…Walking up the stairs to a show I saw Bill Cunningham taking a picture of a girl in a long flowy skirt and all these bloggers taking her photo too. I remember thinking ‘trend alert — long chiffon skirts.’”