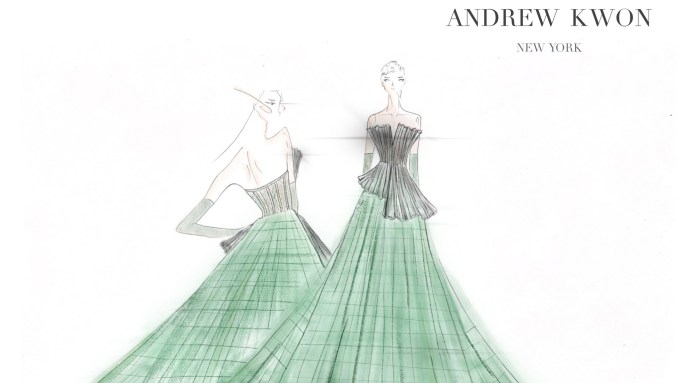 More so than January, September is really the month for a fresh start. It is the beginning of a new academic term, for one, and just as students filter back into the city’s schoolhouses, so too the fashion industry reconvenes from summer vacation to study-up on the spring collections. Luckily, ahead of the first day of New York Fashion Week on Friday, the designers provided WWD a cheat sheet into what lies ahead. So sharpen a few pencils and prepare to take notes.

Amy Smilovic certainly did. Before she and her Tibi team sketch or drape new pieces, they like to write them out on paper — a step in the design process that may have contributed to the longevity of the brand, which will mark 25 years with a runway show at Essex Market on Saturday.

Elsewhere, Loring New York’s Long Xu put his math skills to the test with experiments in the “geometric vocabulary of forms,” while Wes Gordon cited a work of nonfiction — “The Secret Garden” by Frances Hodgson Burnett — for his next Carolina Herrera collection. Markarian’s Alexandra O’Neill, on the other hand, found enlightenment in the Italian Renaissance, linking vine motifs and a play on proportions “to the idea of growth and renewal.”

For those less bookish, Tommy Factory, a Warholian creative playground from the mind of Tommy Hilfiger, promises a recess from the week’s usual proceedings. Taking place at Brooklyn’s Skyline Drive-In on Sept. 11, the event marks the designer’s return to the runway after a three-year hiatus and will unveil a see now, buy now offering through “a collision of people, artistic mediums, subcultures, creativity and fame.”

This is an apt descriptor for NYFW overall, which appears to be back in full swing. With designers bringing their shows back into the real world, the time is right for reinvention, so make like Carly Mark of Puppets and Puppets and ask: “What do I want to wear this season?”

Here, WWD presents the first of a three-part series looking at the inspirations behind the New York’s spring 2023 collections.