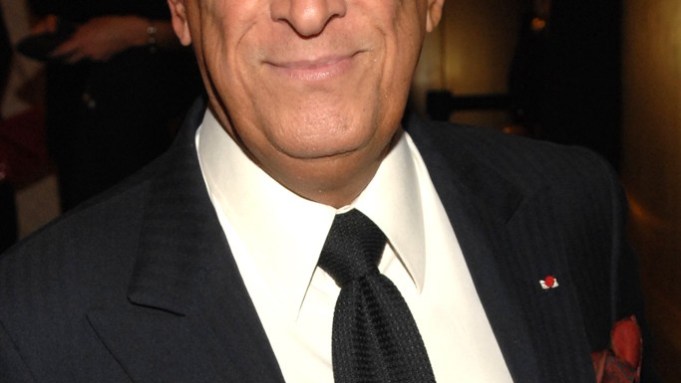 The Unlikely Bedfellows: How well do Oscar de la Renta and new sidekick John Galliano play together? Galliano has been a special guest in de la Renta’s studio for three weeks now, and many expect the disgraced former Dior designer to influence last-minute tweaks and styling decisions chez Oscar. Sources even tell WWD that a double-runway bow may be in store — a photo-op sure to set the Instagram-sphere on fire.

The Designers Gone Digital: More so than ever, designers are opting out of a traditional runway show or presentation and choosing a digital format instead. For fall, count Rachel Roy, Peter Som, Pierre Balmain and Alexandre Plokhov among them. Not only does the format allow them to show their looks to a wider, global audience, but buyers and editors can see the clothes from the comfort of their own homes. Enjoy your breakfast.

The Returnee: For the first time since spring 2006, Kenneth Cole is back at New York Fashion Week, just in time for his 30th anniversary.

The Double-Duty Designer: Already one of the hottest names on the New York circuit, Alexander Wang is on buzz overdrive thanks to his new gig as Balenciaga creative director. Can he focus on his own brand while under the pressure of his first Balenciaga collection, which he’ll show just three weeks later? And how will working in Paris influence his aesthetic?

The Anniversary Shows: Tis the season for anniversaries — and most likely blowout celebratory shows. Lacoste is turning 80; Nautica, Dennis Basso and Kenneth Cole are all hitting the big 3-0, while chez Kate Spade now has 20 years under its bright and peppy belt.

The Newbies: New York ushers in a slew of new showings each fashion week, and this season is no different. Worth noting: Alon Livne and Delpozo. Livne interned at Alexander McQueen, working under McQueen and Sarah Burton, before landing a job at Roberto Cavalli in Florence. In 2010, he returned to his native Tel Aviv to launch his line, which focuses on eveningwear and comes with a dark edge. (Saturday, 6:30-7:30 p.m.) Madrid-based Delpozo is known for its traditional Spanish craftsmanship and couturelike details. The line is turning heads under the new creative direction of Josep Font, who was brought in last year after the 2011 death of founding designer Jesús del Pozo. (Sunday, 11 a.m.)

New Season, New Location: Don’t say we didn’t warn you. After several years at Skylight, Ralph Lauren is moving his show to the St. John’s Center Studios; Zac Posen, who showed at Avery Fisher Hall where the now-infamous fashion slap incident occurred in September, is going for a new, smaller venue at The Plaza hotel; Alexander Wang is trading in Pier 94 for the Cunard Building, and after trying The Maritime Hotel’s North Cabana and the High Line’s Chelsea Market Passage, Tommy Hilfiger is returning to the Park Avenue Armory on the Upper East Side.

The Michelle Factor: After receiving Michelle Obama’s endorsement during the presidential inauguration events, what will Jason Wu, Thom Browne and Reed Krakoff reveal for fall? Look for an even more intense media spotlight on the three this season.