Newsreel: Liz Claiborne Bonuses… Nike+iPod Coming To A Gym Near You…

Liz Claiborne Inc.'s earnings and stock price are down, but top executives received cash bonuses in 2007, according to a filing with the Securities and Exchange Commission. 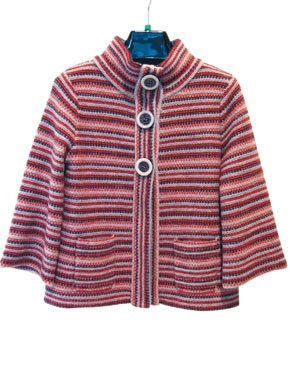 LIZ CLAIBORNE BONUSES: Liz Claiborne Inc.’s earnings and stock price are down, but top executives received cash bonuses in 2007, according to a filing with the Securities and Exchange Commission. Chief executive officer William L. McComb told WWD that Claiborne’s board tied bonuses to “very specific goals around developing strategy and achieving strategy. In thinking about the year we had before us, it was very important that management was not incentivized to do the wrong things for one year, but rather lay the groundwork for long-term investments and restructuring.”

Based on those goals, the compensation committee gave Claiborne’s top executives 25 percent of their potential cash bonuses. “Obviously, the operating profit component affected not hitting our goals,” McComb said.

High-ranking executives did not get bonuses in 2006, which were tied to earnings goals.

NIKE + IPOD COMING TO A GYM NEAR YOU: Nike and Apple are partnering with major gym equipment manufacturers, including Life Fitness and Precor, to make their cardio equipment Nike + iPod compatible. That means gym members will be able to track workouts by plugging their iPods into the equipped treadmills, ellipticals, stationary bikes and stair climbers. At participating gyms, including 24 Hour Fitness nationwide and Virgin Active Health Clubs internationally, members will be able to use the technology to track their workouts and log their data on nikeplus.com. The data converts to “CardioMiles” so exercisers may set goals and participate in challenges with runners and with users of other cardio equipment, and the information also can help personal trainers at gyms.

LACOSTE MARKETING PROMOTIONS: Lacoste is promoting personnel in its marketing department. Daniela Bocresion, Lacoste USA’s vice president of merchandising for the last five years, has been named senior vice president of merchandising and marketing. “This change has allowed us to combine all of our merchandising, retail visual and marketing under one group leader,” Robert Siegel, Lacoste USA chief executive officer and chairman, said. Bocresion replaces Tamara Rosenthal, who is leaving the company. In addition, Kristin DiCunzolo, public relations and advertising manager, has been appointed director of marketing, a new post. Changes are effective March 10.

SUPREME GOES BEYOND DEFINITION: Moderate vendor Supreme Apparel is moving into the better arena with the launch of Beyond Definition for fall. The better-priced knitwear line will wholesale from $40 to $70, and sell in stores such as Nordstrom and Coldwater Creek. Mark Weinberg, Supreme Apparel’s vice president and director of knitwear, projected that Beyond Definition will do about $5 million in wholesale volume for the $10 million vendor, which has been in business eight years and produces moderate labels Moonlight Bay and M.B. Collection. The new line will help the growth of Supreme Apparel, which recently moved its showroom to 1400 Broadway in Manhattan, and its philanthropic efforts to financially support children around the world.

DITU TAPS GLOBAL INFLUENCES: Upstate New York-based designer Layla Abramowitz, who was an intern at Zac Posen and then designed at Ports 1961, is launching her own luxury knitwear label, Ditu, this spring. Abramowitz named the label after her middle name, which translates in Chinese to “map,” and the line reflects Abramowitz’s global training and travels. Inspired by Cambodia’s Holy City Angkor, the debut collection ranges from hand-crocheted knit shrugs to boned bustiers, and will wholesale from $110 to $440. Beginning this month, the line will be sold exclusively in Cantaloup’s four New York doors, as well as online at dituonline.com.