Have Stella McCartney and Adidas run out of categories for their collaborative fitness line? For the first time since launching three years ago, Adidas by Stella McCartney isn't adding a fitness category, which had become a brand signature, for fall.

By Whitney Beckett and Rachel Brown on March 12, 2008
View Slideshow 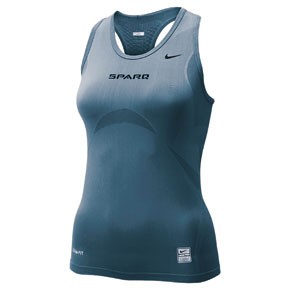 STELLA HOLDS TIGHT: Have Stella McCartney and Adidas run out of categories for their collaborative fitness line? For the first time since launching three years ago, Adidas by Stella McCartney isn’t adding a fitness category, which had become a brand signature, for fall. In February 2005, the first collection launched with running, training and swimming. Then came trail running and rock climbing for fall 2005, followed by tennis in spring 2006, winter sports in fall 2006, yoga and gym for spring 2007, dance for fall 2007 and golf this spring. But there is still plenty of expansion ahead, according to Adidas, which said there will likely be a new category added for spring 2009.

NIKE SPARQS: Nike is launching Nike SPARQ (which stands for speed, power, agility, reaction and quickness) Training — which the active giant is calling “its most comprehensive performance training launch ever.” Nike SPARQ combines a line of footwear, apparel and equipment with nike.com technology, and a partnership with Velocity Sports Performance Centers and 750 personal trainers — all to make young athletes better on game day. Called Nike Pro Core, the apparel line features a performance base layer. Hitting Niketown and other sports retailers nationwide this week, the collection retails from $25 to $45. In the last two years, more than 44,000 athletes from 2,000 teams were SPARQ tested, registering “SPARQ ratings” to track their progress, measure improvement and benchmark against other athletes worldwide. Athletes can find Nike SPARQ Train at more than 65 Velocity Sports Performance Centers, which has SPARQ equipment and the

To promote the launch, Nike is kicking off the “My Better” campaign this week, which includes print, digital, live experiences and TV using Nike athletes.

K-SWISS POPS UP: K-Swiss is getting into the retail game, with a pop-up store on The Promenade in Santa Monica, Calif. Selling tennis and fitness apparel and footwear, the shop will be open this Friday through April 3. Shortly after it will pop up again in New York, according to the company.

LUCY OPENS DOORS: Six months after VF Corp. bought active retailer Lucy, the Portland, Ore.-based active brand is opening three new stores this month — bringing the total to 64. On March 21, Lucy will open a 1,500-square-foot shop in San Francisco’s Embarcadero Center and a 1,300-square-foot door at Town Center Plaza in Leawood, Kan. Then the company will bow a 1,800-square-foot store on the Avenue East Cobb in Marietta, Ga., on March 28. The growth plans continue the rest of the year with five more openings: Bethesda, Md., and Darien, Conn. in April; Littletown, Colo. in May; Roseville, Calif., in August, and Annapolis, Md., in October.

JENNY HAN DOES GOOD WITH BILLABONG: Surf apparel giant Billabong wooed Jenny Han into the swimwear industry with the promise of a good deed. A portion of the proceeds from the sale of the L.A.-based contemporary designer’s first swimsuit, manufactured in collaboration with Billabong, will go to the Surfrider Foundation, an organization that works to protect the world’s oceans and beaches. “Knowing it was for charity made it a no-brainer,” said Han. The ruffled metallic cutout one-piece wholesales for $44 and is due to start selling in key Billabong and Jenny Han accounts in June. Han reported she has no immediate plans to launch a full swimwear collection, but will continue to pursue nonprofit partnerships. Han expects to release a dress in time for October, which is National Breast Cancer Awareness Month, to benefit a group involved with breast cancer causes.

CAPEZIO BOWS WITH ARTIA: This spring, Capezio has a new line for serious ballet dancers in their teens, called Artia. As part of Capezio’s Harmonie brand, which is dedicated to the needs of professional ballet dancers, Artia is a fashion-forward line for the 14- to 20-year-old set and hits stores next month. “Ballet’s young and aspiring professionals are always on the lookout for great dancewear that will put them at the leading edge of fashion, while still delivering the ultimate in ballet-specific comfort and performance,” said Sylvie Mesnier, Capezio’s brands design manager and Harmonie vice president. Wholesaling for about $14, the debut Artia line includes five leotards, legwarmers, shorts and a bag — but each season it will add items on both short-term and long-term runs.

BRETTE SANDLER SEGUES FROM BEACH: New York-based designer Brette Sandler, a Parsons The New School for Design graduate who launched a swimwear line in spring 2005 at age 22, is extending her reach onto dry land with an “after sea” line this spring. “My swim line had these embroidered silk tunics, and I would see girls wearing them out at night,” Sandler said. “Who doesn’t like the idea of taking a beach lifestyle with you?” So Sandler designed three dresses, each available in multiple colors and wholesaling for $118, which will launch in about 10 doors. But she hopes the after sea line will eventually match the swim collection, which does some $300,000 in wholesale volume in about 30 doors, including Barneys New York, Intermix and Shopbop.com.