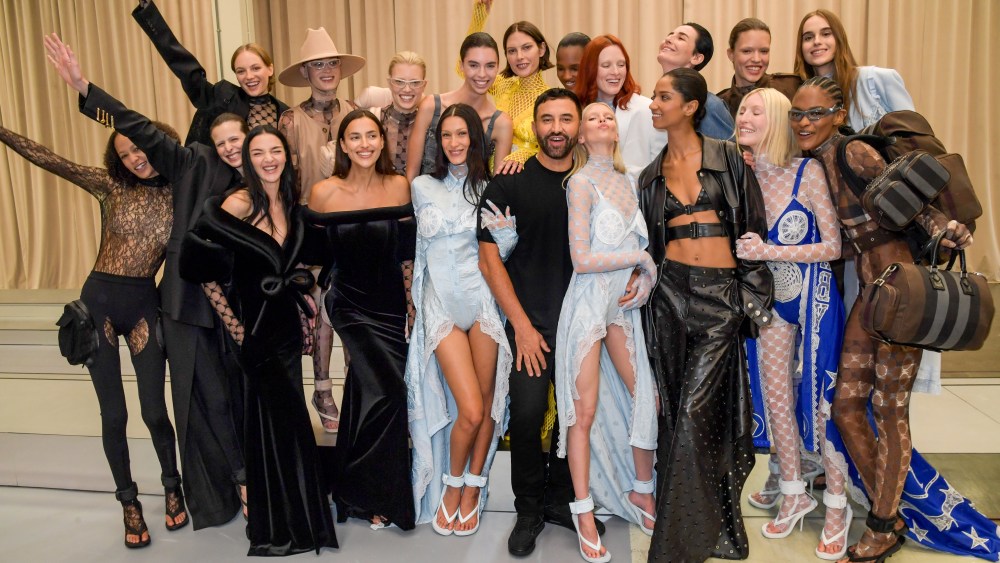 LONDON — Burberry’s spring 2023 show in London on Monday afternoon opened the rumor mill among industry showgoers about the future of chief creative officer Riccardo Tisci at the British heritage brand.

The company which is 100 percent quoted on the London Stock Exchange, has not addressed any of the brewing speculation.

Tisci’s tenure has been the subject of speculation for the past year with his contract coming to an end in March 2023.

The Italian fashion designer joined Burberry in March 2018, where he amped up the volume on the house monogram; TB logos, and introduced his starlet friends such as Kanye West, Marina Abramović and Nicki Minaj to the brand.

Tisci, a buzzy designer who made a name for himself at Givenchy from 2005 to 2017 as creative director, has not been able to achieve the same level of critical success at Burberry.

However, some defenders of Tisci contend the British brand, an official supplier to the royal household, has been too stiff in its treatment of him and has controlled his creative potential.

It has been widely anticipated that former Bottega Veneta creative director Daniel Lee is to sign imminently with Burberry, but under a different job description to Tisci’s.

A friend and champion of Tisci, then-chief executive officer Marco Gobbetti hired the designer at Givenchy and Burberry. Gobbetti left the company in 2021 and joined Salvatore Ferragamo as CEO, where he appointed Maximilian Davis as the Italian brand’s new creative director in March 2022.

What Tisci needs is a fashion house that understands his sense of wit and penchant for gothicism.

Tisci, who is a close friend of Donatella Versace’s, has been previously linked to the Italian fashion house prior to his position at Burberry.

In 2015, Versace appeared in the brand’s fall 2015 campaigns and rumors have often circulated about Tisci going under her wing at Versace. But some believe rather than solely taking over, a better idea would be to have the two designers in a co-creative directors position like at Prada with Miuccia Prada and Raf Simons.

A fashion house from his native country sounds like a safer bet but not always. Right now, there’s a shakeup of new blood at houses such as Ferragamo, Bally, Etro and Missoni and these designers’ first efforts during Milan Fashion Week had mixed results.

The possibilities for Tisci are numerous — he’s a designer trained in womenswear, men’s, couture and accessories. His contact list includes Hollywood stars, athletes, artists and musicians.

Tisci used to frequently collaborate with Nike while still working at Givenchy and given his close friendship with West, a consultancy gig with Adidas or West’s own brand is not completely off the cards.