The Costume Institute Looks at the Model as Muse

Linda Evangelista, Christy Turlington and Naomi Campbell didn’t just pose in designer clothes — they often inspired the creators behind them 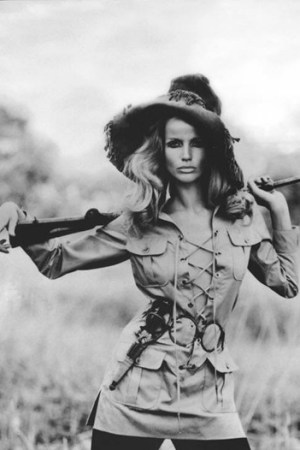 NEW YORK — In their Nineties heydays, Linda Evangelista, Christy Turlington and Naomi Campbell didn’t just pose in designer clothes — they often inspired the creators behind them.

This story first appeared in the October 29, 2008 issue of WWD. Subscribe Today.

But the notion of models serving as designer muses predates that trio, and will be the subject of the spring exhibit at The Costume Institute of The Metropolitan Museum of Art. Themed “The Model as Muse: Embodying Fashion,” the show aims to explore fashion, and the changing ideals of beauty that accompanied different eras, from Marion Morehouse to Lisa Fonssagrives, Peggy Moffitt, Iman, Nadja Auermann and Gisele Bündchen.

In the process, the exhibit is expected to showcase how these models have served as designer muses by inspiring, defining and embodying trends of the 20th century, and contributing to how fashion eras are remembered.

“In every period, high fashion is presented and made desirable by a handful of models who capture in their beauty the ideals of the day,” said Harold Koda, curator in charge of The Costume Institute, who is working with guest co-curator Kohle Yohannan on the project.

The exhibit will kick off on May 4 with The Costume Institute’s annual gala benefit. Marc Jacobs will serve as the night’s honorary chair, alongside co-chairs Kate Moss, Justin Timberlake and Vogue editor in chief Anna Wintour.

“The idea of muses or models, whether it is someone you know or someone you have seen in an image, someone of your imagination or a creature of your own invention, is important to every designer and every collection,” said Jacobs. “I hate talking about inspiration, but everyone needs a catalyst. We look at this person, this model, this muse, and we design for her. It seems like a kind of fundamental thing, but wide open for lots of great clothes.”

“The Model as Muse” will feature some 70 haute couture and ready-to-wear looks alongside photography, runway images and video footage of models, rock stars, socialites and actresses who set the tone for each era.

“There are certain images in every era which tend to fix an aesthetic ideal in the popular imagination,” Koda said. “In its own time, it has the possibility of motivating a trend, but after that, it becomes our idea of that period, like Dovima and the elephant, or the famous [Richard] Avedon photograph of Suzy Parker in Chanel.”

The exhibit, open to the public from May 6 to Aug. 9, will be held at the museum’s Tisch Galleries. Its scope will range from models during the times of Worth and Poiret through Fifties mannequins such as Sunny Harnett and Dorian Leigh; Sixties icons Jean Shrimpton, Moffitt and Veruschka; Seventies faces like Iman and Janice Dickinson; the Eighties supermodels, and Nineties “It” girls such as Amber Valletta and Shalom Harlow.

Jacobs will underwrite the exhibit, with additional support from Condé Nast. Asked if there was one model who represented the muse theme most efficiently, Jacobs mentioned supermodels such as Turlington and Campbell, who have been longtime friends and helped him when he was starting out on his own more than two decades ago. But even he admitted the best example is probably his co-host at the gala. “The images of Kate Moss by Corinne Day and Juergen Teller really changed fashion,” Jacobs said. “That was a moment when we looked at beauty and glamour in a different way, and I think Kate still embodies the style and change of ideals and the way we now look at beauty and glamour and perfection and imperfection.”

Hollywood production designer and art director John Myhre will serve as the exhibit’s creative consultant, and, with Raul Avila, will work on the design for the gala benefit. With its theme, the benefit is bound to attract a bevy of supermodels, both past and present. “It will be a hot gala,” Koda said, laughing.