Boys’ Night Out: The Nice Guys of Nightlife

Owning a bunch of destination nightclubs and having magazines ask for your top picks of cool things to do is one of the holy grails of Manhattan manhood. 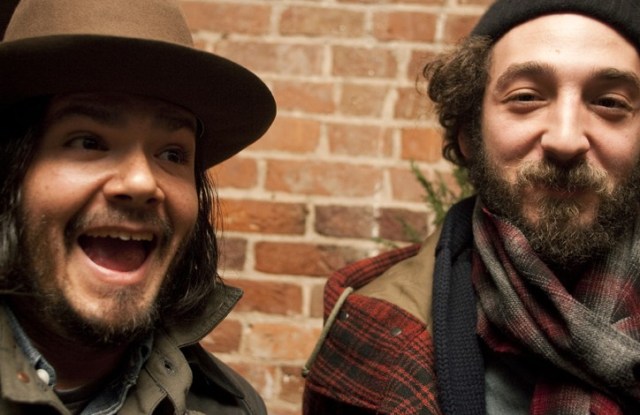 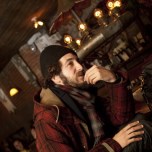 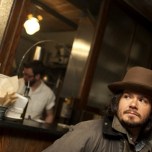 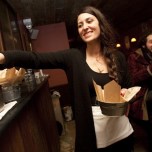 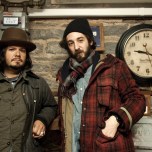 Owning a bunch of destination nightclubs and having magazines ask for your top picks of cool things to do is one of the holy grails of Manhattan manhood. It’s the stuff egos and power trips are made of. One of Carlos Quirarte’s favorite parties in the late Nineties was at Spa, where the door was guarded by Steve Lewis. “He would point to people and say, ‘If you had his head and his body, maybe you could come in,’” says Quirarte, who possessed neither ideal but was let in anyway.

That’s not Quirarte and his partner Matt Kliegman’s style. They didn’t get from marketing a denim brand and investing in real estate at J.P. Morgan, respectively, to the top of New York’s nightlife food chain by being jerks. Their Bond Street restaurant is named The Smile, after all.

Playing nice has made them very important fixtures on the New York scene — just ask The New York Times, T magazine, Blackbook and Interview. In 2009 they conquered downtown lunch and, perhaps more importantly, brunch with The Smile, an urban rustic hole in the wall that also sells yarn. Then they opened the Jane Ballroom, which New York Magazine recently put on its “Reasons to Love New York” list. It draws the predictable comparisons to the heyday of the Beatrice Inn, and one Web site went so far as to declare “the Jane saved nightlife.” So you can imagine what the reaction will be when Kliegman and Quirarte open their latest venture next month, the Westway, a dance club packaged with the novelty titillation of a strip club. But a cool one.

“The fact that it is a topless, go-go dance place is secondary,” says Quirarte. “It’s the same way that music is sort of in the background. That’s how we think of it.”

The details, including the naked ladies, still need to be worked out, but there will definitely be four stripper poles, and Kliegman and Quirarte want them maximized. In December they had a test run for Opening Ceremony’s holiday party, which was a hit except for the stripper who only swayed in place, which they imitate simultaneously with sad little back and forth motions, while another dancer gave it her all with full helicopter spins. “Helicopter spins seemed to go over really well,” says Kliegman.

The supposed nightlife kings look like average, casual guys during dinner at The Smile on a Tuesday night, where they’re eating with seven of their friends, all people who know people, but definitely seem to know each other well. There’s Kimball Hastings of Ralph Lauren and his boyfriend, Nicolas Henderson, an artist; Omar Gonzalez, who works at Focus Features; Quirarte’s girlfriend, Mariko Munro, co-director of 303 Gallery, and the stylist Heidi Bivens and her boyfriend, actor-screenwriter Justin Theroux. It’s a stylish group, with everyone belonging to the fashion, art, film or nightlife worlds.

Kliegman describes Theroux and Quirarte’s relationship as a typical bromance. They take long motorcycle rides together and have matching tattoos of the man on Zig-Zag rolling papers, which they show off with pride. Tonight, they’re curled up at one end of the table cracking each other up on the subjects of yoga, star signs and puppies, but in a dude humor way. Just like Kliegman and Quirarte, Theroux has a beard. In fact, almost all the men at the table do.

Kliegman and Quirarte both have the fashionably disheveled look that’s achieved through a calculated combination of trying really hard and trying not at all. Long hair, full beard, rumpled utility-ish shirt and a hat. There is a certain willful lack of grooming involved. Quirarte is short and stout and has a Jack Black quality — but thinner — with intense eyes and a big laugh, although at the end of the night someone walks by and tells him he looks like Rembrandt, to which he responds with more laughter. His girlfriend is pretty. And he’s funny. So is Kliegman, but in a quieter way. Carlos says that even though Matt is younger (27 to Quirarte’s 34), he’s kind of like the dad. He got Carlos to start a savings account. When dinner is over, Matt gets up and pays, giving one of the waitresses a hug and a kiss when she passes by. The duo have been friends since their freshman year at NYU.

Friends are important to Kliegman and Quirarte, and not just because their crew, which includes Nate Lowman, the artist (who dated an Olsen), and Matt Creed, a DJ and Kliegman’s roommate (who dated Kirsten Dunst), sets a desirable tone for their clubs. Partying with people they know was the whole reason they got into this business, back when it was just a “practical way to see your friends and drink for free,” says Kliegman.

But with success has come a few adjustments to that philosophy. First, the Jane isn’t strictly a who-you-know place. “I don’t want to hang out with the same people every night,” says Quirarte. “It’s not supposed to be like some dormitory.” Second, when running a business where making money is key, you can have too many friends. “At first it felt weird to make them pay,” says Quirarte. Not anymore.