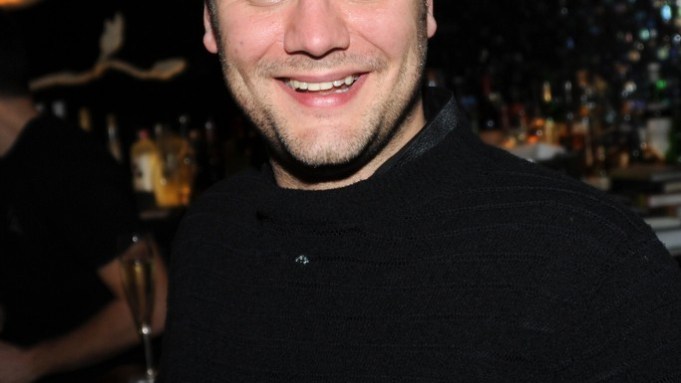 The shoe designer beat a short list of fellow designers including Mary Katrantzou, Peter Pilotto, Emilia Wickstead and Roksanda Ilincic to win the award, which will see him receive 200,000 pounds (about $315,860 at current exchange) of funding to grow his business.

Kirkwood will also receive mentoring from key senior-­level mentors and benefit from a bespoke program tailored specifically to assist him reach his business goals over the next 18 months, and take him from a developing label to a global fashion brand.

British Vogue editor Alexandra Shulman and British Fashion Council chairman Natalie Massenet cohosted the event at Nobu Berkeley in London’s Mayfair. “It’s particularly exciting to be here tonight knowing that the recipient of the second BFC/Vogue designer fund award, Christopher Kane, has now got the support of the big international PPR conglomerate,” said Shulman in her speech. “The winner we ultimately chose was because we were impressed by how they had developed their business along with turning beautiful designs into a brand identity that is already admired worldwide and which has potential for growth.”

Caroline Rush, chief executive officer of the BFC, added, “The caliber of applications in the short list were second to none, all of the designers proved that they are at a very crucial stage in their business when the fund could deliver a real opportunity to accelerate growth. However, Nicholas’ application provided a clear and compelling case for how both funding and targeted mentoring would be used to assist him in taking the next steps in developing a global brand.”

Kirkwood, who trained at Central Saint Martins and Cordwainers, launched his collection in 2005. His shoes are regulars on the red carpet and he provided the heels for Philip Treacy’s show during the last London Fashion Week, as well as for the 2012 Victoria’s Secret catwalk show. He opened his first London store in May 2011, a New York shop opened a year later and he launched his first men’s collection in January this year.