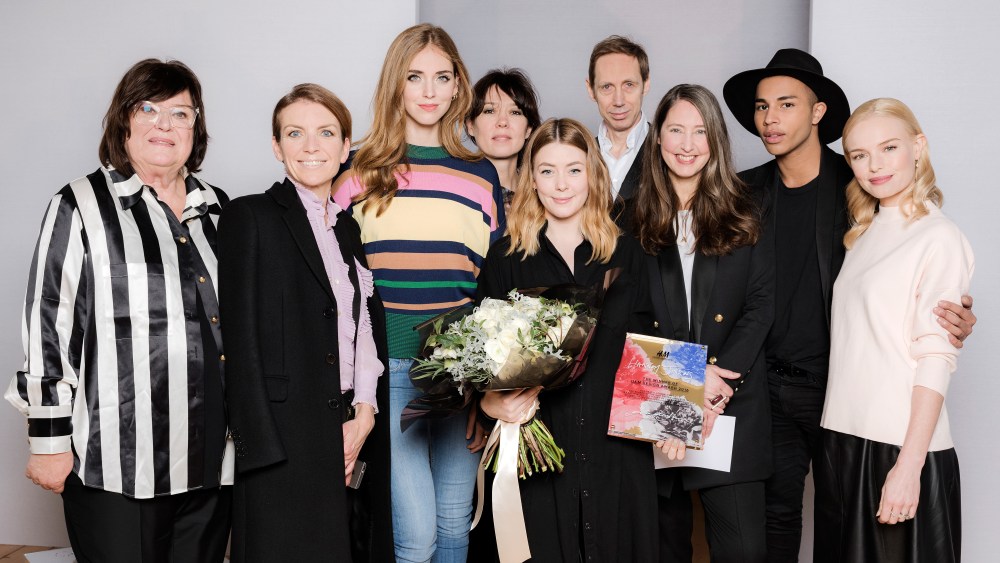 According to Ann-Sofie Johansson, creative adviser of H&M, Jinkins won over the jury with her “raw yet defined” aesthetic. “This is the direction contemporary women’s wear is heading towards,” said Johansson.

Long Xu from the New School’s Parsons School of Design; Enoch Chung from Sadi design school in Seoul, South Korea, and Patrik Guggenberger, who represented Stockholm’s Beckmans college, rounded off the eight people shortlisted by the H&M team from a list of 23 semifinalists.

“I was very interested in Hannah’s process. She’s been trying the clothes on lots of different women, basing the fit of her garments on their feedback. I loved the shapes and even though she’s been currently working a lot with denim, her techniques can also be applied onto luxury fabrics,” said Katie England, another jury member.

Jinkins plans to invest the 50,000-euro, $54,250, H&M prize money in her own label, which is in the process of being set up, with east London-based concept store LN-CC having already placed the first order.