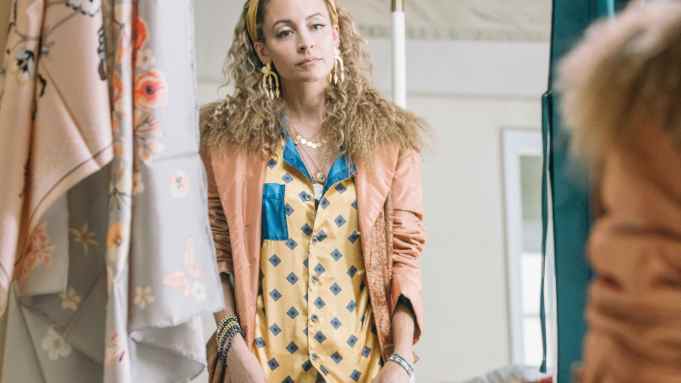 She’s been a mainstay on television and in fashion for more than a decade, and now Nicole Richie is taking on shoppable video. The hard-to-crack concept might finally be ready to take off with the trifecta of technology, distribution and celebrity style influencer coming together in a perfect storm.

NowWith, a new branded content network that produces “Style Now With” featuring Richie, has found a home on Yahoo Lifestyle, which is part of mobile giant Verizon’s content arm. Together with AOL, Ryot, Tumblr and HuffPost, the network of sites, known as Oath, garners more than a billion eyeballs.

The NowWith network is the brainchild of celebrity branding expert Nicole Winnaman, who founded the company Working Sundays with celebrity wrangler Ashlee Margolis of The A List and manufacturer Twila True of True Family Enterprises.

In time, NowWith will roll out not just style, but also cooking, travel, design and pet pillars, which will live on Oath’s various digital platforms.

Richie, who has built a following for her humorous style, first on Fox’s reality series “The Simple Life” with Paris Hilton, then as a judge on NBC’s designer competition “Fashion Star,” and on VH1’s “Candidly Nicole,” is among the few entertainers who have successfully created a fashion brand. House of Harlow, capturing the boho style she helped popularize in the early Aughts, comprises a contemporary apparel line now sold exclusively on Revolve, as well as costume jewelry with distribution in stores nationwide.

Honey Minx, named for her childhood nickname “Honey Child” and her personal hobby of beekeeping and honey-making, represents her foray into the direct-to-consumer masstige market with its loungewear, jewelry, accessories and beauty categories.

“When I sat with [Winnaman and True], this idea of storytelling was so modern and fresh so it was important for me creatively to start something new and fresh with them,” Richie said of the decision to found a new brand. “And really go into this idea with something that people haven’t seen or experienced before. I’m also capturing a different audience and speaking to a different customer. That, combined with doing these videos to introduce the product.”

The idea of videos appealed to Richie because “I needed a new way of speaking directly to my customer and this is something that is even more different than selling on Revolve. It’s a combination of my two worlds, fashion and television.”

The six three- to five-minute videos in the series, the first of which will debut on Nov. 20 on Yahoo Lifestyle, will be humorous and layered, and entirely shoppable. Viewers can hover over an item that Richie is wearing or talking about, and place it in a shopping cart that will appear to the right of the screen without interrupting the video or having to go to another site to purchase.

“It’s also about feeling like you want to be a part of it and being able to touch the video and get the product right there. It’s very cool, extremely authentic to who I am,” Richie said.

The quick timeline — 60 days from concept to samples to shooting the videos on Monday and Tuesday — was made possible by True, who has been manufacturing product for 30 years and is the licensing partner for Honey Minx.

“We have a library of designs but what was so exciting for us is that Nicole is a curator of product. Her being able to bring the soul and spirit and style to our engine, is just unbelievable. It was important to her that she has these two definitive lanes where House of Harlow exists and where this other opportunity exists where her price point is bringing value to the consumer,” True said.

“This is a way to speak to my customer and through these videos, almost create my own store, so it really does feel like me instead of giving something to another retailer and letting it hang in their space,” Richie said. “I’m creating the backdrop, the music, the lighting, the tone. I see clothes on the runway, but not every woman has that for when they are buying a piece of clothing or jewelry so this is our way to give them a real story so they can value where they are spending their money also and see it in the designer’s vision.”

“On Yahoo Lifestyle, you are able to immediately enter that story and then that video comes alive and it’s shoppable. We are changing the footprint of retail. It really is HSN meets ‘Cribs,’ Winnaman said.

According to Abra Potkin, vice president of talent and strategy at Oath, “One of the things that was exciting for us at Verizon is the big push for 5G. What is the future going to look like? We are so excited about NowWith because is the future of retail. You see that with social media growing every day. We see e-commerce rising every day. On QVC and others, it tends to lean toward more of a ‘my mom’s shopping experience’ and this is a modern and always changing and curated by different talent — and it’s seamless.”

She continued, “What Kylie Jenner showed with her lip kits is that when someone you like shares something, people move on that. But how I feel this takes that further is that Nicole is sharing a humorous experience. There are hidden messages in each video so you are along for the ride, but you also get to be in her closet shopping the things she adores that she’s created.”

Potkin said Verizon is working with Working Sundays to create a whole marketplace on its network, including a celebrity series on eBay. Winnaman said they will soon also debut a “Pets NowWith” series with another celebrity.

Richie also teased this: “I know there’s one question that all of our readers are dying to know and that’s am I going to rap? And the answer is yes. My alter ego Nikki Fre$h will be appearing in these videos and I will be rapping an original song, so you’re welcome.”