Nordstrom x Nike is a women's-only Nike lifestyle shop featuring merchandise from other brands and categories. 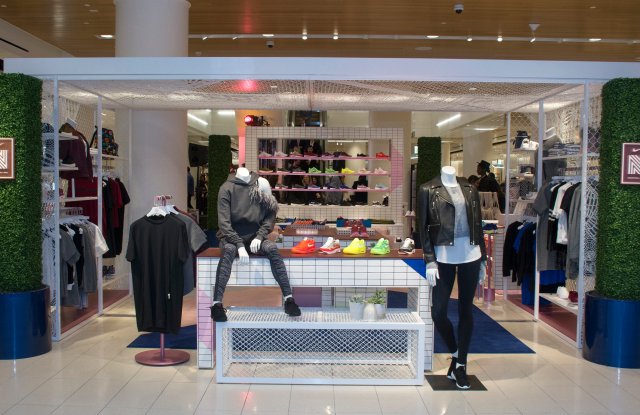 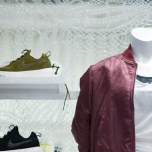 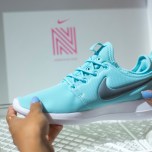 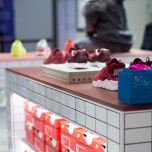 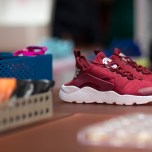 Nike has been raising its fashion profile for a while, via its designer partnership with Sacai, Kim Jones and Riccardo Tisci; its NikeLab concepts, and design-wise in general in tandem with the rise of ath-leisure.

Women’s only, Nordstrom x Nike is being billed as a lifestyle shop, wherein Nike product — apparel and sneakers — from its sportswear, running and training groups is merchandised from an array of other brands and categories from Nordstrom’s general buy. Kim said the idea came from a fashion rather than performance and fitness point of view.

“It really reflects the way that a woman wears Nike in her life,” said Kim. “I don’t think people dress in anything head to toe these days and certainly not a brand like Nike. But you can throw on a Nike sweatshirt with your favorite pair of jeans or wear an amazing Comme des Garçons skirt with a pair of Air Max.”

The concept shops will have their own build-outs within Nordstrom stores and house limited-edition product introduced each month. “We want to be able to talk to the modern girl of fitness and fashion and give her what she wants and needs with a new space and a new service model,” said Cal Dowers, vice president and general manager of Nike Sportswear for North America, noting that Nike has had branded sections in departments stores previously, mostly in training and sports sections, and worked with Nordstrom and Kim on a pop-up shop in 2014. But this is the first self-contained, co-branded boutique it’s ever done for women.

Kim joined Nordstrom in 2013 from Opening Ceremony, where she was vice president of creative and reported to cofounder Humberto Leon. She’s ushered in a new, fashion-forward attitude at Nordstrom, mostly via Space, the in-store concept shop dedicated to designers such as Vetements, Simone Rocha, Roksanda, Junya Watanabe and Comme des Garçons. The Nordstrom x Nike shops are separate from Space. For the launch, the stores won’t stock Nike’s designer capsule collections, but Kim said she hopes they will be available in the future, as well as exclusive Nordstrom and Nike collaborations.