Nike seems a major opportunity in the women's sneaker market. It's expanding unisex sizing on iconic styles and granting women more access to sneakers than ever. 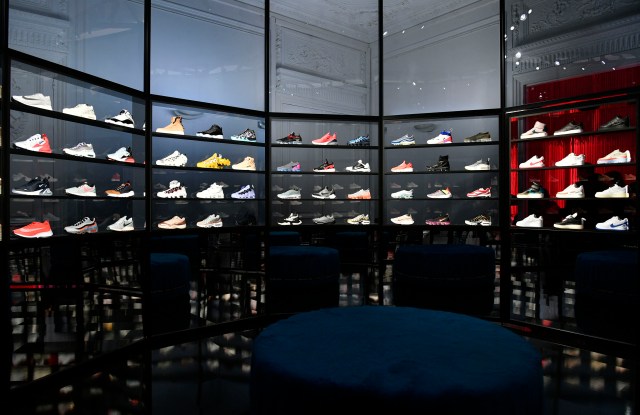 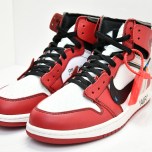 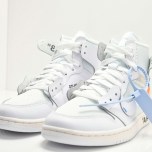 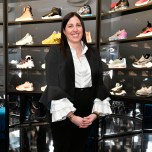 Nike is sensing a shift in sneakerhead culture.

Collecting, queuing and trading sneakers has long been a male-dominated thing, but Nike is seeing more women wanting in on the game. Maybe not to the degree that has spawned aggressive mobs outside of sneaker drop sites, but enough for the brand to create an entirely new women’s sneaker destination called Nike Unlaced, launching for summer 2018.

It will start as a digital platform on March 27 with its own space on nike.com and expand to physical retail points of sale as the year goes on. There’s new products, personalized styling and service programs, and expanded women’s sizes for iconic or “high heat” collaborations and styles that have previously been geared toward men. For example, the next iteration of the Virgil Abloh x Jordan I, which is being released on March 3 in Europe only, will have women’s sizes going forward, and there will be unisex sizing on the Nike Air Force 1 and Air Max lines as of the fall.

“The Nike Unlaced concept, really simply, is a fantasy destination for women for sneakers,” said Amy Montagne, general manager of global Nike Women’s, during a preview of Unlaced held during Paris Fashion Week.

The brand teased some of the ideas and designs that will be a part of Unlaced’s physical retail distribution as of the summer, setting up a funhouse of sorts that started with a mirrored corridor in which archive sneakers from the past 40 years were lined up under the glass floor; a room dedicated to future, still-embargoed collaborations and futuristic protoytypes; a room for The 1 Reimagined, which included the interpretations of the Air Force 1 and Air Jordan 1 styles that were originally designed for men, in the hands of 14 female designers with female customers in mind, and a room that gave an idea of what the curation of Unlaced will look like. Styles were grouped into trends, including “exaggerated chunky,” a white story and Mr. Nike, a riff on the dad sneakers that have been all over luxury runways, including Louis Vuitton and Balenciaga. Nike has its own archive of dorky dad sneakers, including the Monarch from 2002, which has been redesigned into the M2K and will be available in women’s sizes for the first time. A global curator for Nike Unlaced will be announced later in the year. The brand is also planning to name regional curators who live in key cities, the first being Julia Sarr-Jamois, who is the European curator.

The women’s market is a big business opportunity for Nike. “Last year we ended at just over $6.6 billion on the women’s business,” said Montagne, who noted that recent women-focused launches have included plus-sizes and the Nike Pro Hijab. “The last three to five years, we’ve over-indexed the growth of our women’s business in relation to our Nike men’s business, which continues to signal the opportunity we have. Our plans for the next few years are to do the same.”