The designer recently launched “Hey Baby,” a multifaceted campaign that aims to highlight the issue. 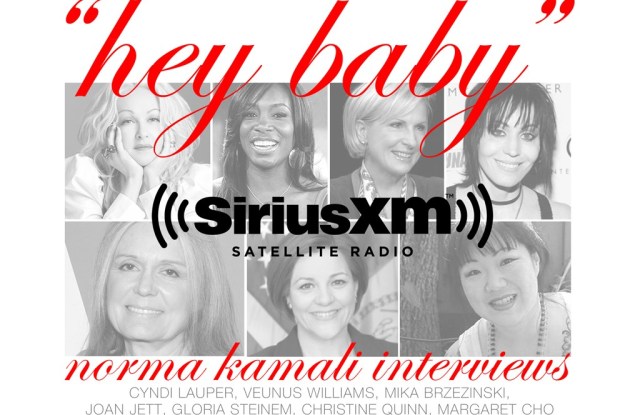 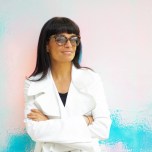 NEW YORK — Norma Kamali, a longtime devotee and proponent of wellness, has passionately embraced a new cause — how to stop the objectification of women.

The designer recently launched “Hey Baby,” a multifaceted campaign that aims to highlight the issue, which she found to be closely tied to a woman’s sense of self-esteem.

“I have always said, ‘What is the reason? Why are we all like this?’” she recalled. “‘Why can a bad hair day take us down? Why does the feeling that our clothes are too tight, or thinking some other woman in the room is prettier, make us feel ‘less-than’?’”

Feeling that objectification must be at the root, she started interviewing women from America to Abu Dhabi about it. For most of these women, it was the first time they told their stories.

“The humiliation and embarrassment of being objectified is so profound that you tuck it deep away and you don’t deal with it,” she said. “When you do that, it starts to chip away at your self-esteem and your self-image, and manifests itself in your behavior.”

StopObjectification.com, created by Kamali, features women’s testimonials about their objectification and the impact it has had on their self-esteem. Kamali also asked women to post their most powerful body part with an empowerment statement. She hopes such methods will serve as an “emotional cleanse” for many women.

“It’s just like any secret,” she said. “You get it out, you’re free of it. Your behavior changes. You’re healthier.”

In the research stages, Kamali also learned much about herself and the objectification she experienced, particularly during her first job interview in the Garment District here. “This guy was sitting at this desk with his feet up, eating a sandwich,” she recalled. “He told me to put my portfolio down and turn around for him. Here I was, feeling completely powerless in the room. I turned around, and I was so humiliated and mortified by the situation. When I left, I was in tears. I thought I don’t ever want to be in that situation again.”

Years later, Kamali realized she never opened an office or showroom in the Garment District as a result of that early experience.

To start bringing awareness, Kamali also created a “Hey Baby” short film, which showcases women filmed in an objectifying way, like getting out of a cab in an ultrashort dress, but making a statement for their achievements, i.e. “Has a black belt in Jiu-Jitsu” and “Has a Ph.D. in Neuroscience.”

“This is who she is, this is what she has accomplished and the tag line is ‘We are more,’” Kamali said. “I think there is a real opportunity for change and real empowerment for women.”

The initiative will get a significant boost on Dec. 5, when Kamali hosts a three-hour show on Sirius XM’s Stars 107 radio channel. Kamali interviewed Joan Jett, Cyndi Lauper, Gloria Steinem, Venus Williams, Christine Quinn, Margaret Cho and Mika Brzezinski about their objectification, and the radio program will be followed by a live, hour-long question-and-answer segment. Kamali is ready for tough questions.

“Everybody says, ‘Well, you’re a fashion designer, how do you have the nerve to talk about objectification when the fashion industry objectifies women?’” she said. “I have to admit that and, yes, we do have to talk about it. Of all the women in our industry, models would be the most objectified. She comes on a go-see, and we are looking at her as an object.…We send her away, or we book her, and then we change the way she looks completely.”

If anything, this reality only amped up her verve. “I  think about the ‘stop smoking’ campaign and how hard it was for so many people,” she said. “I remember when everybody smoked; then less and less, and now, when you smoke, people look at you and think, ‘Why do you want to hurt yourself?’ and you feel bad. I think this should have the same effect: that you feel bad when somebody behaves inappropriately.”