Not One, but Three India Fashion Weeks

Two fashion weeks in Delhi, one in Mumbai compete. 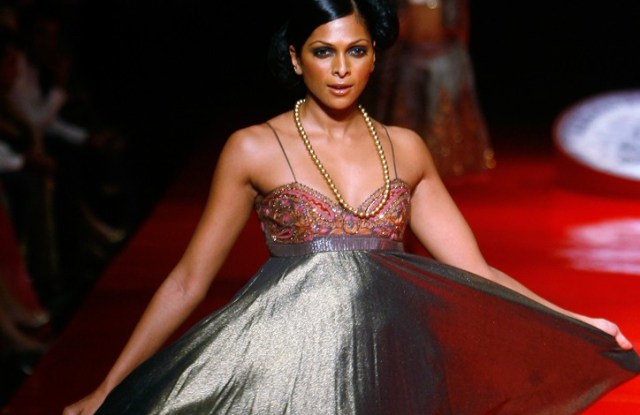 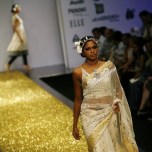 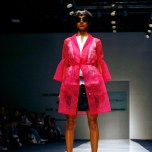 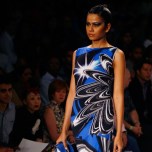 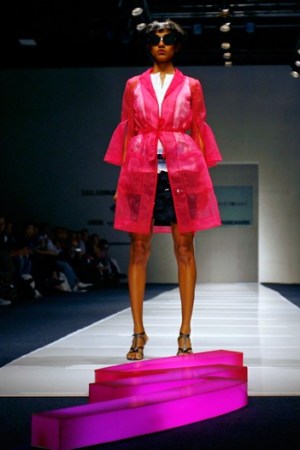 A look from Lecoanet Hemant.

India Fashion Week, organized by the Fashion Design Council of India, which has been held here since 2001, took place between Oct. 15 and 19. A day before it started, the newly formed Fashion Foundation of India kicked off the first Delhi Fashion Week. The fractured state of India’s fashion industry was underscored days later, when a third event began in Mumbai on Oct. 20. Lakme Fashion Week, named after the cosmetics company that is its biggest sponsor, has been produced by IMG since the FDCI fell out with Lakme in 2006.

The disunity did not deter international buyers, however, who turned out in record numbers to scout India’s design talent. The organizers of the Delhi events each boasted the attendance of at least 160 foreign buyers. IMG said 80 international buyers came to Mumbai, where the focus is on new and emerging talent.

Until about a decade ago, prêt-à-porter fashion barely existed in India. In recent years, a booming economy — expected to continue growing at around 8 percent annually despite the global economic downturn — has created demand for high-end, Indian designer clothing and mounting interest from overseas.

But the industry remains small, contributing anywhere from $50 million to $250 million to the $35 billion global business, according to estimates. And only a handful of Indian designers are known well outside the country.

Most buyers said they stuck mostly to one fashion week or another, largely on the basis of which organization invited them first. In Delhi, moving between the venues took at least 45 minutes. And attending fashion weeks in both Delhi and Mumbai was impractical, buyers said, because it would stretch their India trip to two weeks.

“I was invited by the FFI and it seemed well organized,” said Biba Folleat, of Le Grand Bazar, a boutique in Cannes, France.

But she added she would have been able to get a much clearer picture of what India had to offer if there was one fashion week each season instead of three.

It was the first time she had attended a fashion week in India, she added, and she was impressed by what she found. “I especially liked Sonam Dubal,” she said, a sentiment that was echoed by the buyers present at the Delhi-based designer’s show, which took the theme of an elegant tea party. Carrying parasols, models paraded wearing Eastern-inspired silhouettes, from kimonos to wraps, in soft, nature-inspired shades of silk.

The Indian press reported that some shows in Delhi were delayed to stop buyers from making it across town to shows at the rival event.

But Sumeet Nair, head of the breakaway FFI, who was a founding member of the FDCI in 1998, said he favored working together with the FDCI on a schedule to minimize clashes.

“The idea in forming the FFI was to create a more luxurious, upmarket platform that would only take the very best, the most talented designers,” he said.

This was reflected in the FFI’s choice of venue: the swanky Emporio mall in southern Delhi that will, when it opens officially in November, house more than 70 high-end international brands. The FDCI event, in contrast, took place in Pragati Maidan, a concrete, government-built conference venue.

But both events generated strong sales, claimed their organizers. Designers said they were concerned about the global credit crunch, but that it had not obviously impacted sales, nor expressions of interest from new international buyers. Many buyers concurred.

“There have been budgetary adjustments, sure,” said Ruthie Miller of American Rag, who was attending shows at the Mumbai event — her first business trip to India. “But when you’re looking for new talent and you just know that something is good, you also know people will buy it.”

Vikram Raizada, vice president and head of fashion for IMG India, said he had intentionally targeted buyers from the Middle East, “because it is not so much touched by the global downturn.”

Indian designs appealed to Middle Eastern aesthetic sensibilities, she added. While Middle Eastern women might not wear a salwar kameez — the traditional, body-covering pantsuit with a long shirt that is worn across south Asia — “we would buy the salwar kameez and break it up; wear the top with jeans, say,” she said.

Buyers from India’s growing number of designer boutiques were also out in full force. Buyers from Kimaya, which sells the collections of dozens of Indian designers in its Delhi and Mumbai stores and which plans to open three new stores in November, said they were placing a large number of orders.

Around 80 percent of the market for high-end Indian fashion is domestic, and much of that is constituted by brides, grooms and guests preparing for lavish weddings. Nonetheless, most Indian designers had created their collections with Western buyers in mind. Western style wear — pantsuits, dresses and short hemlines — dominated the runways, even if it did feature Indian fabrics and motifs.

JJ Valaya, one of India’s most famous designers, who showed at the FDCI event in Delhi, said he and many designers see fashion week as the moment to target the global market.

“Indian designers have a difficult choice at the moment,” he said. “Do they try to break into the rest of the world while it’s in recession, or do they stick to this side of the world — India and China — which is experiencing a boom?”

For him, he said, it was “important to get established in Europe and America.”

Designer duo Parvesh & Jai even unveiled a rarity in India: a line of beachwear, including teeny bikinis, at India Fashion Week.

Although Western styles dominated all three events, buyers said they were looking at designers with a strong Indian flavor.

“In the States right now, there’s a huge ethnic push happening,” said Miller of American Rag. “We’ve been seeing Japanese designers doing their take on ethnic, American designers doing their take on ethnic; we thought, why not go to India and see what they have to offer? This is a really good time to introduce up-and-coming Indian designers, at a time when the look fits fashion.”

She added that she especially liked Anuj Sharma, a young designer from Rajasthan whose collection of Grecian style crepe and georgette dresses in a muted palette of browns and grays stood out amidst the bright colors and glittering embellishments of other designers.

Despite obvious intention to appeal to the global market, a strong vein of Indian patriotism ran through many of the shows.

Only days before India launched its first unmanned mission to the moon — Chandrayaan-1, which was launched on Oct. 22 — aliens and astronauts appeared on the runway. Designer duo Hemant Sagar and Didier Lecoanet used a rocket-launch countdown to propel their models, dressed in fluorescent dresses with leggings, onto the runway at Delhi Fashion Week.