NRF: Looking to the Future

The big buzz was about merchandise optimization, RFID (radio frequency... 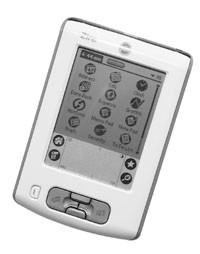 The big buzz was about merchandise optimization, RFID (radio frequency identification) and Metro’s Store of the Future in Rhinebeck, Germany, which utilizes self-checkouts, “intelligent” scales with digital cameras and information terminals where, for example, shoppers can learn about what wines to pair with what foods. There are also plasma screens playing commercials and handheld personal shopping assistants for storing shopping lists.

Metro staged a live transmission from the store, gave tours of a Store of the Future mock-up in the expo hall and unveiled all the gadgetry, in hopes of attracting additional software and hardware partners and vendors to its initiative.

There was also a charismatic speech by Wal-Mart chief executive Lee Scott, whose underlying theme was growth, opportunities overseas and experimenting with new formats. The bullishness comes after a difficult 2003 for Wal-Mart, marked by a gender discrimination lawsuit, a government probe into illegal workers, resistance by some localities to supercenters and some slowing in same-store sales. However, for most retailers, Wal-Mart and Metro included, the mood was bright, with retailers coming off a good holiday season, expecting a strong first half and a decent, if less ebullient, second half.

Here’s a roundup of some sessions and themes emerging from last week’s NRF convention.

What’s the top priority for 2004? Cost reduction and containment, according to a survey by BearingPoint and the NRF.

The second priority is improving revenues and differentiation, followed by CRM, or customer relationship management. Next on the list was installing new point-of-sale tools for better data and personalized offers at checkout.

Another priority was creating the “boundaryless organization” where information flows easily across operations and the organization. Currently, 23 percent of Web sites are connected at point-of-sale, but less than 13 percent connect with suppliers.

Also, 82 percent of the field surveyed said they have a customer database; 60 percent said they segment customers; 67 percent have formal measures of customer satisfaction; 42 percent have a loyalty program, and 47 percent plan to start one within 12 months.

“Most retailers spent the last 10 to 15 years centralizing organizations. They made significant gains in productivity, but suffered a loss in knowing the customer and what she wants,” said Scott Hardy, managing director of retail-wholesale at BearingPoint. Consequently, one- third of those surveyed said they will install merchandise optimization systems, geared to improve assortment planning, allocations and markdowns.

Interestingly, “No one said that RFID was a priority, giving Wal-Mart a head start,” Hardy added. Wal-Mart wants its top 100 vendors to be RFID-ready at the pallet level by 2005.

Wireless phones and personal digital assistants such as Palm Pilots and Blackberrys are commonplace among consumers. Now, retailers are starting to catch on to the wireless world.

According to Forrester Research, 16 percent of retail operations are operating with wireless technology, 14 percent are in the process of incorporating it, and 49 percent are still in the early stages. That data was part of a presentation titled “Get Connected! Working Wireless Into Your World.”

“At Tiffany, we use wireless in our stores as a selling tool…to provide images of merchandise we don’t have in stores,” he said. “We can walk customers through a registry, for instance, offer them a point of sale [without actual merchandise] and have them walk out with a receipt.”

One of the challenges, he explained, is the application and integration of wireless technology into retail. “Is there a business requirement, and what is it? What is the business process? You have to understand that process, and that determines the devices to use.”

Since there are no industry standards for wireless technology yet, security remains a key challenge. He cited monitoring and intrusion detection, authentication and confidentiality as major concerns.

Achieving the retail “trifecta” — meeting consumers’ needs, the store’s needs and the demands of Wall Street — is tough, but doable. That was the key conclusion at a super-session on “What Consumers Want, What Retailers Deliver and What Wall Street Rewards.”

“Long-term growth is about making the most of what you have,” said Phil Kowalczyk, managing director in the North America consumer products division of Kurt Salmon Associates. “Retailers should rethink how they use stores and create a shopping experience worth remembering.”

Kowalczyk said retailers need to invest in innovations that make the shopping experience easy and fun, and personal and relevant.

Brian Devine, chairman, president and ceo of Petco, said he’s innovating with the company’s “millennium remodel” program. It features a theater in the store, educational programs, a saloon, spa and signage to help shoppers pick a pet.

“Customers expect innovation and change, but that conflicts with Wall Street, which rewards consistency,” he added.

Joe Doody, president of the North American Delivery division of Staples, said Staples is not just a store. It’s a place that “brings a network of opportunity together” for small businesses. He said he attributed the firm’s success to its brand’s promise to make shopping easier, and to its “ink and toner guarantee.”

“We respect [our customers’] time,” Doody said. “We want them to get in and out fast, to get on with what they do.”

Mark Friedman, specialty retailing analyst with Merrill Lynch, cited retail segmentation as a key for growth. He credited Williams-Sonoma’s Pottery Barn Kids unit for its targeted audience approach, as well as Aeropostale and Gap’s Old Navy for their value proposition, as moderate and differentiated retailers that address certain needs.

The gift card proved to be the hottest holiday item. What’s more, the analytical and marketing advantages it presents can further significant returns, according to experts at the session on “Gift Card/Certificate Growth and Profitability: Making a Good Thing Even Better.”

In the early Nineties, a gift card was considered impersonal and not an ideal gift. At that time, the gift-card market was about $4 billion. But gift cards have grown impressively, with 2003 estimates of almost $40 billion.

According to NRF research, 69 percent of consumers purchase or plan to purchase a gift card, each consumer buys 3.3 cards on average and spends about $34 a card.

“There is a huge gap between consumers’ need to buy a gift and [knowing] what to get,” said Daniel Horne, assistant professor of marketing at Providence College. “Gift cards provide for the needs of the recipient first,” Horne said.

He noted retailers benefit since cardholders are usually new customers that would use the card to purchase fewer promotional goods, because gift cards represent a sense of new-found money.

Also on the panel were Roger Bensinger, senior vice president of marketing for Sharper Image, and Michael Dermer, president and ceo of IncentOne. Another conclusion was that business-to-business gift cards offer answers to employee rewards and incentives. They are also good for building customer loyalty and consumer promotions. “Good things happen when gift cards come into your store,” Bensinger said.

“Retailers here still are opening more stores around the world. I want to thank you [for that]. It is necessary, and something that we must do,” said Sen. Hillary Rodham Clinton (D., N.Y.) during her keynote address at the NRF.

“Our expansion,” Sen. Clinton added, “gives people a better quality of life. American business in particular should set a standard for fair profits to the bottom line.”

She told attendees that they “have the opportunity to convey clearly that where the marketplace goes, opportunity follows.”

In this age of terrorism, she observed, a good portion of her time is spent worrying about public security as well as economic security.

“New York has not yet recovered. We lost 265,000 jobs and we have had a downward depression on wages and salary,” she said. “Henry Ford was smart to realize that if he wanted people to buy his cars, he had to pay a higher wage. We have to figure out how to have economic activity to get the economy going. There’s only so much luxury [goods that can be] sold,” Sen. Clinton said. Deficits, she pointed out, not only matter but are a “ticking time bomb” on our economy.