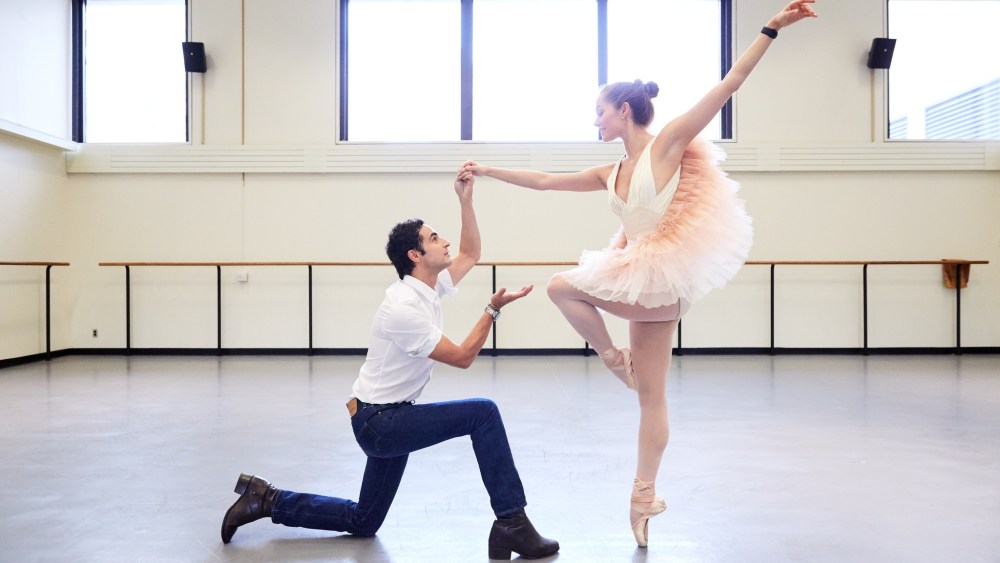 Zac Posen is kneeled on the floor of New York City Ballet’s costume shop, gallantly tending to the fistfuls of tulle that comprise his designs for the company’s forthcoming gala performance.

Dancers rush in and out for last-minute fittings, with Posen asserting himself as a fashion wizard of sorts — calling out for more rhinestones, gathers and volume. His concept, “F****d-up Degas,” referencing the French impressionist painter and sculptor who would often use ballerinas as subjects, put him at task to push the boundaries of tutu couture.

Posen and Anna Sui have contributed their design acumen to this year’s edition of NYCB’s annual fall fashion gala — which sees choreographers and fashion designers collaborate to create new ballets that, if well-executed, blaze trails in both movement and visual art. The event will take place at Lincoln Center on Sept. 26.

Past contributors to what is now an eight-year-running franchise include Virgil Abloh, Dries Van Noten, Valentino Garavani and Thom Browne. From Sept. 24 to Oct. 20, New York City Ballet will mount a retrospective at Lexus’ Intersect exhibition space in the Meatpacking District, showcasing many designs that have emerged from its style experiment.

For Posen, a maestro in dramatic ballgowns who calls performance his first love, collaborating with City Ballet “is a significant moment for me personally. It’s something I have been patiently waiting to embark on for many years. I’ve always dreamed of how reality meets costume — I love New York City and if I can add to its fabric and culture those are proud moments for me,” he said.

The designer was paired with City Ballet principal dancer and choreographer Lauren Lovette to costume her new work, “The Shaded Line” set to Tan Dun’s composition, “Fire Ritual.” It approaches recent scandal at City Ballet from the perspective of a destructively insecure female dancer — a story that Lovette says is “closest to home and the one I’m most nervous to tell.”

Lovette’s cast of dancers will bound across Lincoln Center’s stage in ensembles that highlight ballet costumes’ structural work — the techniques that enable them to appear sublimely delicate while withstanding professional athleticism. Posen was inspired by his research within City Ballet’s wardrobe archives where he pored over early costumes by George Balanchine’s trusted costumer, Karinska.

“I started looking at the insides of [her work] and felt the energy of the dancers that wore them. I’d come in on the weekends and play with the idea of turning them inside-out. I wanted to expose the fragility, sensitivity and powerful quality — that weird hybrid that is ballet,” Posen said.

Thus, he has exposed the corsetry boning, crosshatching and hook-and-eye constructions that are usually only seen from a tutu’s interior. Pushing himself toward further advancement, Posen has retooled the classic tutu skirt — which typically juts out perpendicular from the hips — to twist up the back and festoon upward from the buttocks, like mutated daisies.

City Ballet’s costume director Marc Happel, who leads the company’s in-house atelier, was tasked with translating Posen’s “very involved and incredibly complicated” vision to real life. “We’ve transformed his many ideas over the last few weeks into something that works as a costume,” Happel said of the process.

While Posen’s hallmark aesthetic can at times err on the side of costume, he readily admitted that creating actual stagewear entails “totally different thinking.”

“I learned a great deal about the graphic quality onstage, how textiles and materials are treated. I approached this as a full learning experience, bringing my expertise in powerful cut and lines on the body, but then dealing with the sensuality and expression of movement,” said the designer.

Posen’s costumes are grand in their examination of classical tropes, but Sui’s costumes, by contrast, are rooted in a low-key ease of movement.

“Functionality was really important to me. We had the dancers try them on and do their moves — Marc’s staff did an incredible job of making them wearable. When you see the dancers arrive on stage, they look very fashion, very folkloric and very Anna Sui,” the designer said of her work for the company.

As the first fashion gala held under City Ballet’s new leadership, artistic director Jonathan Stafford and associate artistic director Wendy Whelan, some changes have been made. While in past years the event has featured up to five new designer collaborations, this year’s bounty was curtailed in order to include a company classic. Balanchine’s 1947 work, Symphony in C — featuring some 50 dancers in costumes designed by Happel — will round out the evening.

“Before it was always that more is better. I think the idea of just two new works and a classic is great — it gets more dancers onstage,” said Happel. “It shows the audience new fashion designs, but also what New York City Ballet does best, which is classic Balanchine — in wonderful costumes designed by me.”