NEW YORK — Henry Wolf, a graphic artist who helped define the postwar years as a golden era for magazine design through his work at Harper’s Bazaar and Esquire, died at his Manhattan home Monday. He was 79.

The cause of death was not... 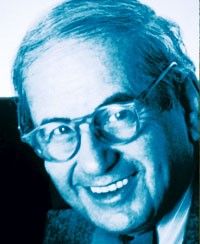 NEW YORK — Henry Wolf, a graphic artist who helped define the postwar years as a golden era for magazine design through his work at Harper’s Bazaar and Esquire, died at his Manhattan home Monday. He was 79.

The cause of death was not determined, a Hearst spokeswoman said Tuesday.

Born in Vienna in 1925, Wolf studied art in Austria and France, steeping himself in a European sensibility that would continue to flavor his work long after he had become an American. In that regard, he was like Alexey Brodovitch and Alexander Liberman, the design legends with whom he is sometimes compared.

Wolf moved to the U.S. in 1941 and served three years in the Army during World War II. In 1952, he became art director of Esquire, giving the magazine the iconic look it retained throughout the Fifties and Sixties. “Before that, it was a very conservative magazine in terms of design,” recalled graphic designer Seymour Chwast, who was at Esquire when Wolf arrived. “He changed it all around. Everything about the page was open to him.”

Esquire’s bold new design caught the eye of film director Robert Benton, then an art major at the University of Texas. “It was staggering,” said Benton, who would become one of Wolf’s closest friends. “It was a kind of design I’d never seen, a kind of imaginative, bold, slightly Cubist concept of how you organized visual information on the page. He had a great sense of the scale and timing of a magazine, and of the peculiar beauty of magazines.”

Benton moved to New York and got a job assisting Wolf and became art director himself when Wolf jumped to Harper’s Bazaar in 1958.

Wolf was also known for his great fondness for females, added Benton. “Part of my job was to sit with the girls whose hearts he had broken and try to talk them off the ledge.”

Graphic designer Milton Glaser got his start as a freelance illustrator working for Wolf’s Esquire—and also worked for him at Show magazine in the early Sixties. “There was something about Henry that made you want to please him and do your best,” Glaser said. “He had high standards and was committed to some idea of quality. You wouldn’t take shortcuts in the job you were doing for Henry.”

Wolf worked at Bazaar from 1958 to 1961, collaborating with photographers including Richard Avedon and Melvin Sokolsky. “Some of the greatest covers of all time were by Henry Wolf,” said Bazaar’s current editor in chief Glenda Bailey.

“People still say, ‘Oh, remember when Harper’s Bazaar did this?’ and it was always by Henry Wolf,” said Sam Shahid, creative director of Shahid & Co., who worked with Wolf at the Scali, McCabe, Sloves ad agency in the mid-Seventies.

Wolf’s funeral will be held at the Plaza Community Chapel here on Thursday at 1 p.m. He is survived by his sister, Joan Slawson.