NEW YORK — “I’m not a snob about fashion….Who knows what a fine photograph is? In 50 years, it might be a fashion photograph that provides the clue to this time and this life.”

The statement the late Richard Avedon... 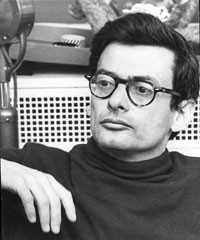 NEW YORK — “I’m not a snob about fashion….Who knows what a fine photograph is? In 50 years, it might be a fashion photograph that provides the clue to this time and this life.”

The statement the late Richard Avedon made in WWD in 1965 will be as applicable 50 years from today as it was then. In short, there would be no modern fashion photography had there been no Richard Avedon.

“Dovima With Elephants,” “The Three Diors,” Calvin Klein’s steamy “Obsession” campaign and Brooke Shields in her Calvins are but a few of the iconic images that the photographer brought to fashion, and in so doing revolutionized and expanded the medium.

In 1978, Calvin Klein sought him out to photograph Shields for his landmark “Nothing comes between me and my Calvins” campaign, which helped turn the brand into a marketing phenomenon.

“He was a great risk-taker, and encouraged me to take chances very early in my career,” said Klein. “Through Dick and Doon [Arbus, Avedon’s longtime collaborator], I was able to express what I was trying to convey to the world in a beautiful way, with a sense of humor, being at times provocative.”

A successor to the open air realism of Martin Munkacsi and Jacques-Henri Lartigue, Avedon began his career in fashion at Bonwit Teller and in 1945 went to work at Harper’s Bazaar under Alexey Brodovitch, Diana Vreeland and Carmel Snow. While shooting for Bazaar and later Vogue, where he worked from 1966 to 1990, he created some of the world’s most iconic fashion imagery, using models such as Suzy Parker, Veruschka and Lauren Hutton. His 1955 classic of Dovima standing between elephants, among the most famous fashion photographs even taken, marked the first time Yves Saint Laurent’s clothes appeared in a magazine, according to the designer, who was then creating for Christian Dior.

The fashion, media and art worlds remembered the 81 year-old Avedon, who died Friday in San Antonio, Texas, after suffering a subdural hematoma while on assignment for The New Yorker magazine, as a visionary, iconoclast and craftsman whose impact was felt over six decades.

“Every time I open a fashion magazine, there’s some influence of Avedon,” said Mia Fineman, who curated his most recent exhibit at the Metropolitan Museum of Art with Maria Morris Hambourg in 2002. “He took fashion photography out of the controlled atmosphere of the studio and brought it into the streets of New York and Paris.” In doing so, she added, he infused the genre with energy, movement and grit.

“He composed everything,” remembered Grace Mirabella, a former editor of Vogue. “He had a thought with every demand, and it completed or complemented the picture.”

Avedon also worked closely with Polly Mellen, the sittings editor at Vogue who ultimately became its fashion director in 1979.

“From Vreeland’s rib came Polly Mellen,” Avedon once said of her. “From that day on, Eden never looked better.” For Mellen’s first Vogue shoot in 1966, the two spent five weeks together in Asia. At that time, it was the most expensive sitting the magazine had ever produced.

The Mellen-Avedon pairing was a productive one. They continued to work together in the years after Vogue, collaborating on a Cover Girl ad campaign in 2001.

Avedon, whose reportage work included documenting the civil rights movement, also brought ethnicity to the pages of American fashion magazines. The first African-American model to appear in Harper’s Bazaar was shot by him.

Like much of his fashion photography, Avedon’s advertising campaigns broke new ground. From his “The Three Diors” ads, to his longstanding partnership with Versace, he worked with many notable designers. On Saturday in Milan, Donatella Versace dedicated her runway show to Avedon.

Irving Penn, perhaps his only rival in stature, told Newsweek in 1978, “I stand in awe of Avedon…For scope and magnitude, he’s the greatest of fashion photographers. He’s a seismograph.”

As Avedon’s career progressed, he began to focus more on portraiture, stripping the process bare and capturing subjects using only a white backdrop, natural light and his Deardorf box camera. From Jimmy Carter to Catherine Deneuve, Tina Turner to Ezra Pound, the Avedon portrait became part of the cultural lexicon.

In 1992, Tina Brown hired him as the first staff photographer in The New Yorker’s history. (Like WWD, The New Yorker and Vogue are part of Advance Publications Inc.)

“I felt there was only one photographer who could break the walls down,” Brown said Friday, “who had the power and elegance that the New Yorker writers had.”

“He helped us figure out how to use photography in a magazine where photography was taboo for so many years,” said David Remnick, who became editor in chief of The New Yorker in 1998. “It was a gold mine for us. We would publish a review of a book about Samuel Beckett, and Dick would have a photograph of him. And not only that, but the best photograph.”

Notoriously protective of his negatives, Avedon was a staunch advocate for photographers’ rights. He was also one of the first photographers to use large-scale prints in gallery and museum shows, where his subjects loomed large over the viewer.

“He could’ve been a novelist if he hadn’t been a photographer,” Brown said. “He was very intuitive about people.”

In fact, in his early years, Avedon co-edited The Magpie, the De Witt Clinton High School literary magazine, with the writer James Baldwin, and in 1941 he was named poet laureate of New York City high schools.

Ultimately, photography allowed him to best express himself. Fred Astaire’s irreverent portrayal of photographer Dick Avery in the musical “Funny Face” was based on Avedon, who served as a consultant on the film.

“Dick was a life force. For anyone who knew him, this leaves a vacuum in their lives,” said Frish Brandt, a director of the Fraenkel Gallery in San Francisco, which represents Avedon’s work.

“It was as if he was both an aristocrat and working class all in one,” she added, alluding to his ability to connect with subjects of diverse backgrounds.

Even his non-fashion work, such as his acclaimed “In The American West” series of portraits commissioned by the Amon Carter Museum in Fort Worth, Texas, had an influence on fashion and lifestyle photography.

“He loved the pressure of work. He was invigorated by it,” said Laura Wilson, a research assistant for Avedon who helped him shoot “In The American West” from 1979 to 1985. (Wilson’s sons, the actors Owen, Luke and Andrew, who were young boys at the time, often traveled with them.)

On the day Avedon became ill, Wilson, who lives in Texas, happened to be working with him again. They were preparing to shoot a pregnant teen for a story in The New Yorker called “Democracy,” a photo essay intended to provide a nonpartisan look at a range of issues in the democratic process. (Some version of the story will appear in the magazine before the election, according to a spokeswoman for The New Yorker.) “He never ever stopped thinking about his work, even right up to the end,” said Wilson, who was sitting next to Avedon when he lost consciousness.

“Perhaps the greatest gift,” she added, echoing the thoughts of many Avedon collaborators, “was to be exposed to his creative genius.”

Said Avedon in W in 1976: “I try to allow the people…to photograph themselves. I think they pose because they want to be told something about themselves that they didn’t know.”

— with contributions from Jeff Bercovici,