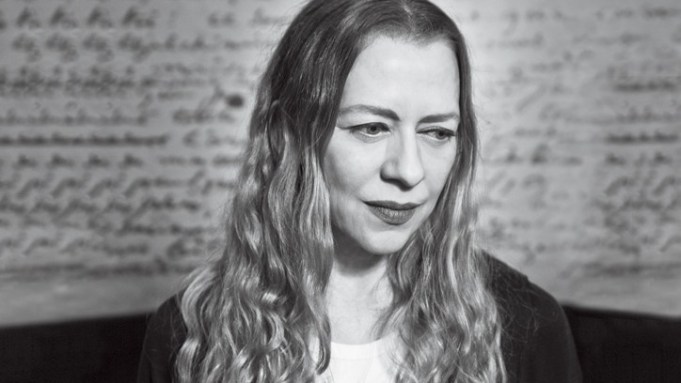 In a world obsessed with youth and speed, Ann Demeulemeester and her namesake brand—offer a lesson in aging gracefully and taking one’s time.

“I don’t have the problem that a lot of other people have: That it’s awful to grow old,” says Demeulemeester, who turned 50 in December. “We all get older. I’m happy to get older.”

With age comes experience and the knowledge that nothing lasts forever, “so every day has to be worth living,” adds the Belgian designer in an interview at the Hôtel Pavillon de la Reine in Paris, overlooking the picturesque Place des Vosges.

Since setting up her fashion house in 1987 and introducing men’s wear nine years later, Demeulemeester, one of the famous Antwerp Six, has steadily built a loyal following. Last year, her business generated sales of about $40 million with an operating margin estimated at 20 percent.

A self-confessed perfectionist, Demeulemeester attributes her success to old-fashioned hard work, something she learned from her father, who never misses one of her shows.

“He was a very hardworking man,” says Demeulemeester, standing in front of a blown-up image of an Arthur Rimbaud manuscript as she directs a photographer shooting her portrait. “My father cultivated chicory in Belgium and was completely removed from the arts, but he always told me, ‘You can do whatever you want, as long as you excel.’”

She did, and she has.

While a wave of new designers grab headlines with their riffs on somber romanticism, Demeulemeester remains the doyenne of dark and glamorous clothes. Just don’t call her Gothic. “Journalists tend to label me Gothic, and I hate it. I’m not Gothic at all,” she bristles.

Showing her collection in the Couvent des Cordeliers in January, highlights for fall include blazers with squared-off shoulders in washed, shadow-striped and jacquard fabrics. Belted wrap coats, paired with cowl-necks for a bundled look, were worn over her signature light layering. The mix was moody, but never melancholy. Demeulemeester added luxurious touches with cock feathers and boas, some paired over capes fit for her modern-day duke.

“He is noble and elegant, but modern, interested in art, literature and eccentricity—someone who is humble,” Demeulemeester says of her fall man. “I work for men that I would love to meet, somebody who I could fall in love with, someone who intrigues me. Then I make him my prince,” she says, tapping her cigarette as she sits propped on the windowsill.

Men’s wear counts for around 20 percent of Demeulemeester’s turnover. Her men’s business returned to growth with the fall collection, rising 12 percent, after declining last year.

With an excess of product out there, consumers are buying clothes with an authentic vision because they make them happy, not because they need them, Demeulemeester insists. “People have enough clothes in their wardrobes,” she says. “I’m not interested in the celebrity hype. My client is not a fashion victim, but someone who chooses what he wants, someone with individuality.”

With no celebrity dressing, pre-collection or advertising to build buzz, Demeulemeester’s discreet demeanor and fierce independent streak is an antidote to the overheated fashion system and is driving sales, according to Ed Burstell, buying director at Liberty in London. “Demeulemeester’s singular and independent vision over a period of time makes her important now, when other designers are surfing the trends. While the rest are inventing a heritage, she is creating hers. Her pieces can be stand-alone or used within an assortment—a truly modern way to shop and to dress.”

Gifted at the cutting table, Demeulemeester, who fondly recalls training with seasoned men’s wear tailors after graduating from the Royal Academy of Fine Arts in Antwerp, believes in the beauty of a well-cut jacket and advances it with intricate layering and combining multifunctional pieces.

“It’s important to learn how to sculpt, but that doesn’t mean you have to make the same statue every time,” Demeulemeester says. “This is what I most like about designing for men. Women are used to playing roles—which is not the part I like most about women—but men, they are very real. They just pick up the things they like, choosing each piece from the heart.”

Demeulemeester showed her men’s collections with women’s until 2005, when she split them to give men’s a bigger profile. “It seemed strange to me to separate them because men and women are together in life,” she says. “Each human being has masculine and feminine elements, and the tension between this contrast is an eternal source of inspiration for me.”

Although her muses have ranged from poets such as Hermann Hesse, Lord Byron and Arthur Rimbaud to artists like Jackson Pollock and Jim Dine and musicians like her longtime friend Patti Smith, Demeulemeester’s ideal man can be found much closer to home: her husband, Patrick Robyn. They met when she was 16 years old and she hasn’t left his side since. Robyn, a photographer, also serves as her personal fit model and tries on every single piece of her men’s collection.

“I live with my husband alone. I love to be alone. I’m a very private person,” says Demeulemeester, who left home in Kortrijk, a village in the Belgian countryside, at 15 to attend art school, where she stayed with nuns. “I was always alone, so I just let my imagination work. I constantly tried to create beauty around me. I had this sort of secret world in my head that didn’t correspond to the environment in which I was. I was constantly dreaming. I still am.”

But she also has her feet firmly planted on the ground. As crystal balls can be unreliable, Demeulemeester says she never plans beyond six months for her brand. “I like to concentrate on now,” says the designer, who considers it bad luck to talk about future collections. “I just believe in what I do. I know I have my audience waiting for me, and I cannot disappoint them.”

She adds: “My duty is to believe in beauty, hope and emotion and I want to show that in my work. That is my raison d’être. If people say, when I’m dead, ‘She was the one who added emotion to fashion,’ I’d be very happy with that.”